The Rise of the Space Neocons, Part 7

Previously, on MinerBumping... PwnySquad experienced a crippling series of setbacks, including the loss of all its assets in a "PL feeder corp" scam. PwnySquad's leader, koiso Phoenix, struggled to deal with each new crisis. However, after being repeatedly killed by her own corp members, koiso started to question whether it was even worth it. She even began to doubt the wisdom of her most trusted advisor, TheInternet TweepsOnline TheInternet, who had encouraged her to enable friendly fire in the corp.

For some reason, TheInternet always seemed to know more about what was going on with koiso's own corp than koiso did. At first, this made TheInternet appear valuable. Now it was getting difficult to swallow.

Agents of the New Order were to blame for the freighter hostage situation. koiso joined them on TeamSpeak to negotiate.

Although a recording of the conversation is not available, there is evidence to suggest that the negotiations didn't go very well.

At the last moment, when PwnySquad's future truly seemed to be in doubt, TheInternet swooped in and saved the day. The man of the hour just so happened to be in possession of 100% of the corp stock.

Considering all of the challenges faced by PwnySquad over the previous few days, it was widely felt that the corp needed a change in direction. It was the general sentiment of the corp members--almost exclusively awoxers--that the old CEO needed to go. PwnySquad was looking for a man on horseback, and they found one in TheInternet TweepsOnline TheInternet. 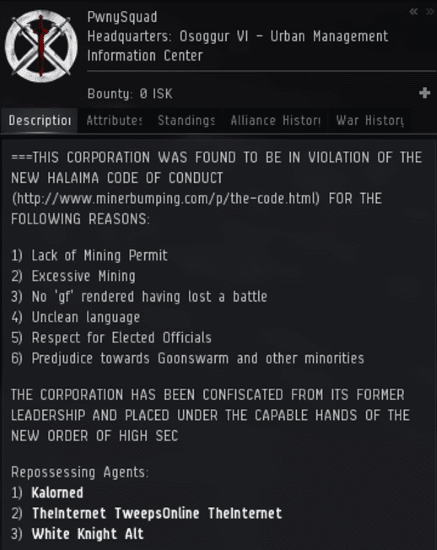 TheInternet respected PwnySquad's traditions and was well aware of the problems associated with making sweeping changes too precipitously. However, as much as he loved PwnySquad, he loved the Code more. He could accept nothing less than an immediate, radical transformation of the corp culture.

In the interest of full disclosure, TheInternet debriefed the outgoing CEO. Then the accounting and liquidation of all PwnySquad assets commenced. 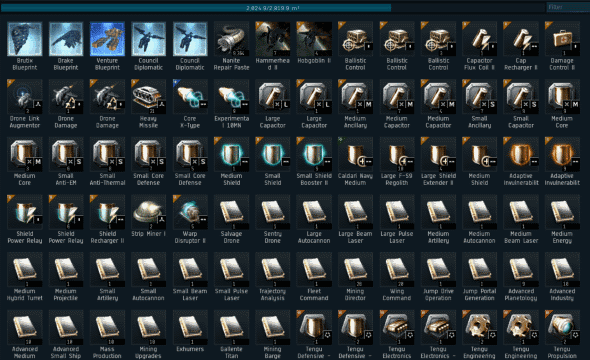 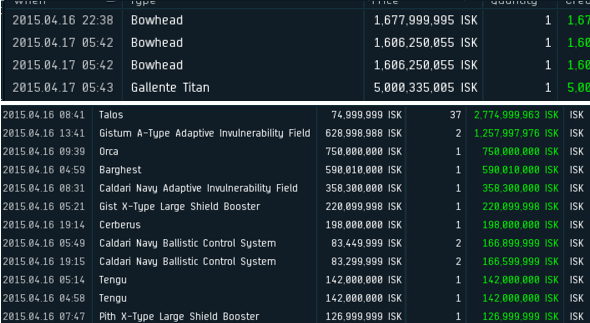 TheInternet sold everything left and began the process of tallying the value of all of the previously confiscated/sold goods. Of interest: 37 Talos hulls that the "PL feeder corp" was required to purchase, and a Gallente Titan skillbook whose sinister purpose can only be speculated upon. Counting all of the assets that came into the possession of TheInternet and the awoxers, koiso suffered a total loss of more than 28 billion isk.

Did koiso grow from this experience, or did she see it as an opportunity to buy more PLEX?

So should we start another corp or something?

In the immediate aftermath of the New Order takeover, koiso had soured on the whole "highsec PvE corp" thing. 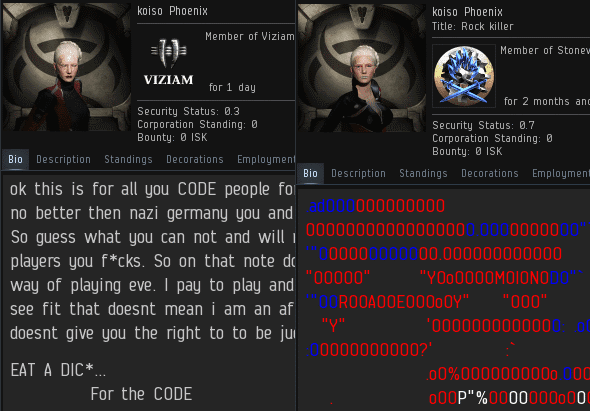 Eventually, koiso cleaned up her bio and started a new corp with her CEO alt. Despite her earlier ambitions of moving to nullsec, it was another highsec PvE corp.

There were some encouraging signs. koiso had learned a lot from the New Order. 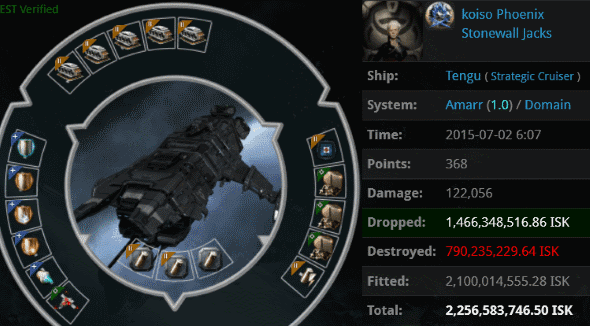 Then again, "a lot" may be overstating it.

Ultimately, however, it was a tremendous victory for the New Order, the Code, and the newly formed "Space Neocons". They realized that many small highsec carebear corps desire to become feeder corps for Pandemic Legion. Such carebears are willing to pay almost any price. The Space Neocons resolved to test the limits of the bot-aspirants and their tragic greed.
Posted by MinerBumping at 18:47