Another year's gone, but the good people of highsec had a lot to show for it. Highsec saw incredible development and progress, but there are always some malcontents who refuse to take part in the prosperity. I speak of the bots and bot-aspirant carebears who deny the Code in spite of all logic. For them, the year was a grim and desolate one. Let's take a look at what happened to some of these people during the week of December 27th @ 00:00 EVEtime through January 2nd @ 23:59 EVEtime. 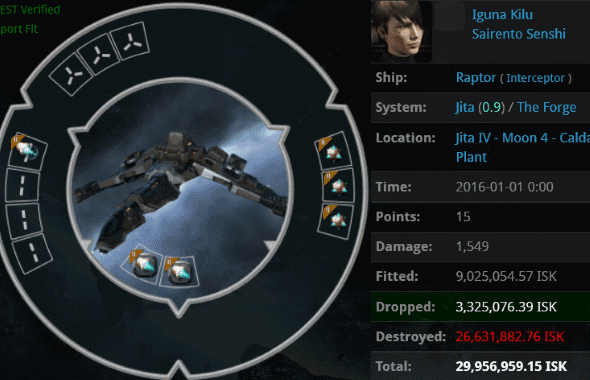 KILLMAIL
Gentaros has a tradition of ringing in the new year with the very first gank of EVE's calendar year. Once again he succeeded, using a Tornado to snipe Iguna Kilu's lazy interceptor at 00:00 on January 1st. 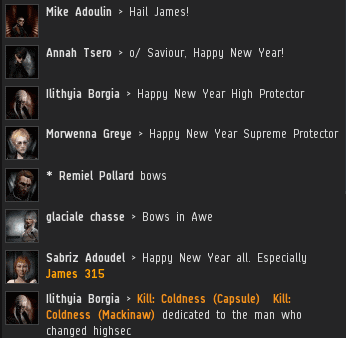 As 2016 dawned, I was greeted in typical fashion by an adoring public. However, what happened next was a sign of the changing times: 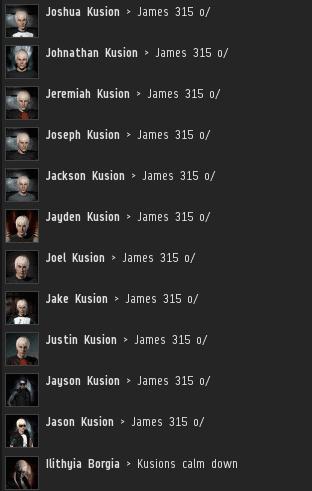 The removal of hyperdunking and the banning of ISBoxer has given birth to a new paradigm. This is why the New Order is so strong on family values: 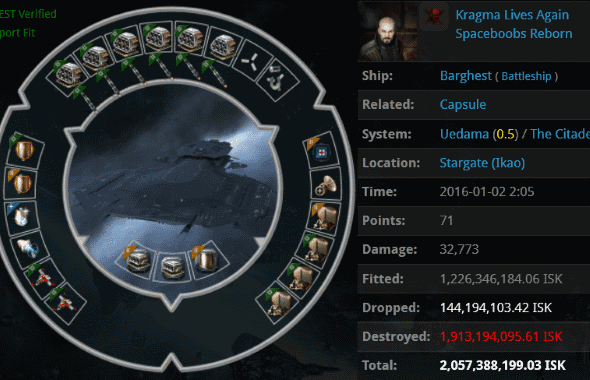 And while he was madly tabbing through a dozen EVE clients to make the kills happen, Mr. Kusion streamed it all on his Twitch channel. Anti-Ganking could not be reached for comment on their failure to stop him. 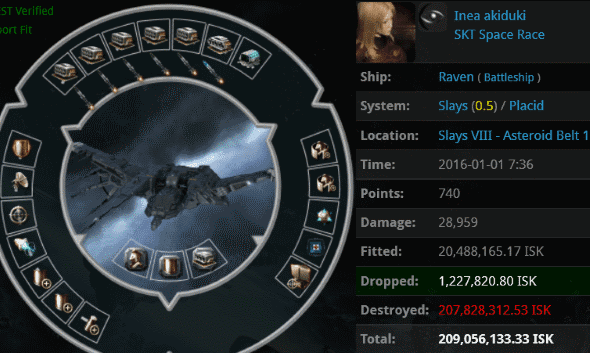 KILLMAIL
Inea akiduki's Raven was ruthlessly fail-fit. Don't let that distract you, though. For some time now, killmails have been showing the location of kills--that is, the location within the system. Agent Zopiclone blapped the Raven at Asteroid Belt VIII-1. You might be wondering what this brutally fail-fit Raven was doing sitting in an asteroid belt. He was mining! Without a permit, of course. There isn't enough isk in the economy to get a permit for what this guy was trying to do.

Needless to say, it has been a very rough year for the CSM. 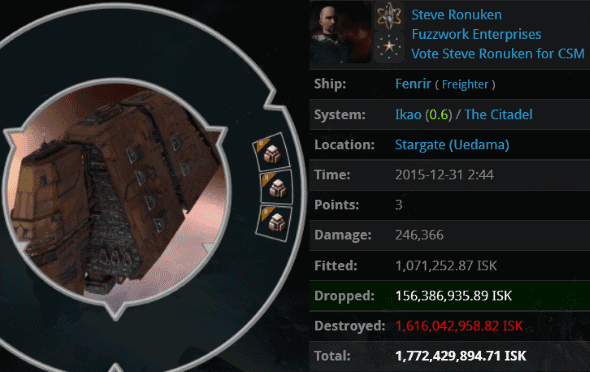 The kill soon generated a discussion on Reddit, as carebears tried to give Steve ideas about how to reform ganking mechanics. (Highsec isn't safe enough, you see.) They were barking up the wrong tree; Steve was unimpressed by their proposals. Also, CCP and the CSM aren't really on speaking terms anymore. Players are advised to give CCP feedback through normal channels instead. 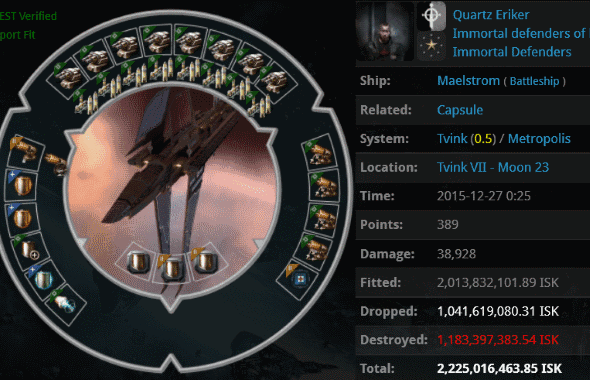 KILLMAIL
Quartz Eriker received an urgent message from Agent Ullus Demos. Our Agent told him that he was running missions without a permit, and that he was risking the destruction of his blingy battleship. Quartz, in the arrogance typical of carebears with 2 billion isk ships, presumed to be the superior EVE player. So he engaged in some PvP with our Agent. Ullus was only in a frigate, but he had the Code on his side. Oh, and there was one other factor counting against the carebear. Can you guess what it was? Quartz sure didn't see it coming. 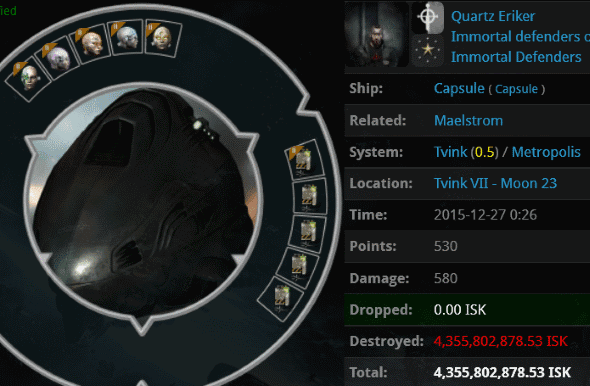 KILLMAIL
The pod of the week goes to... Hey, it's Quartz Eriker again. His 4.3 billion isk pod was home to an expensive slave set. Apparently Quartz wasn't expecting the lose the battle, because his Capsule didn't escape before Agent Ullus Demos's frigate popped it. He shouldn't have been so surprised, though. In highsec, the good guys always win. Always.
Posted by MinerBumping at 22:02