Welcome to the Dunk Zone

Among the cruelties of fate: When an Anti-Ganker attempts to interfere with the righteous freighter ganking operations of the New Order, not only does the Anti-Ganker fail, but he must watch his graceful foes dunk the freighter before his very eyes. Agent 412nv Yaken sought to capture this phenomenon, and the emotions it inspires, in his latest bit of artwork: 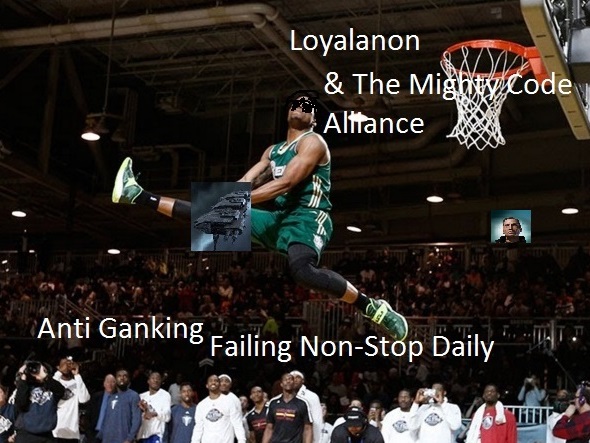 If only those Anti-Gankers realized that they, too, could unlock their hidden potential and become elite PvP warriors, if they embraced the Code.

Malphas Inanis has been hard at work, honing his already impressive artistic talents. 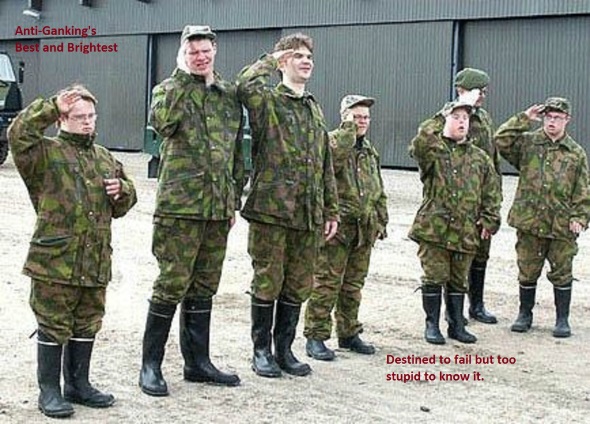 Malphas makes his point, but I can't help but think that if the Anti-Gankers had an ounce of the verve and discipline of the gentlemen pictured here, they might stand a chance at stopping ganks. Probably not, though, since the Code always wins. 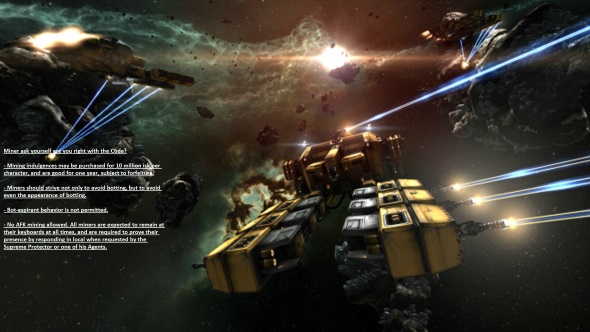 The full-size version is a necessity for this piece, as the text is otherwise difficult to read. Spoiler: It's Code-related.