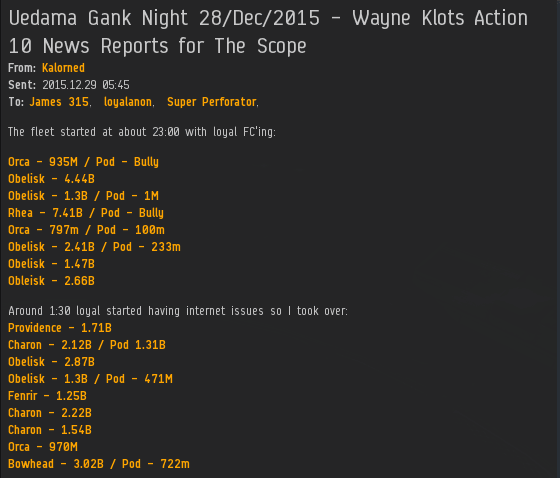 It's not uncommon these days to see massive freighter-ganking fleets bringing down high-value targets. Just another victory in the maddeningly long list of New Order victories.

During one of these marathon ganking sessions, the New Order scored a victory of a different kind. 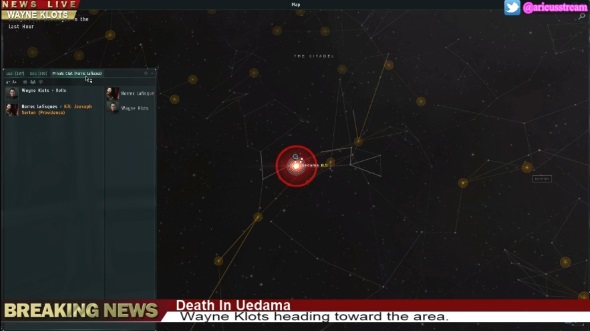 A fellow by the name of Wayne Klots, a new EVE player and Twitch streamer, happened to notice a lot of action going on in the Uedama system. Wayne was curious enough to make this event the subject of his special Twitch stream news report. As you can see from his Twitch stream recording, Wayne was about to break the story of his career. 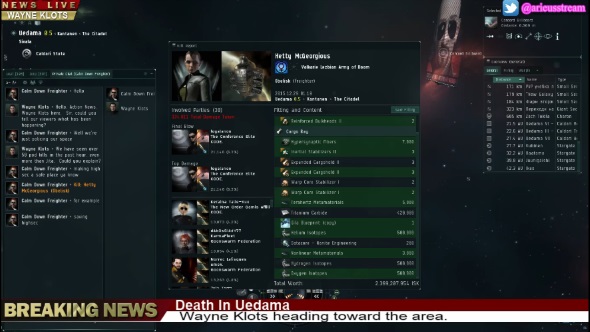 Wayne was an old school shoe-leather reporter, the kind you don't see as much these days. He smelled a scoop. Throwing caution to the wind, he rushed to the scene. 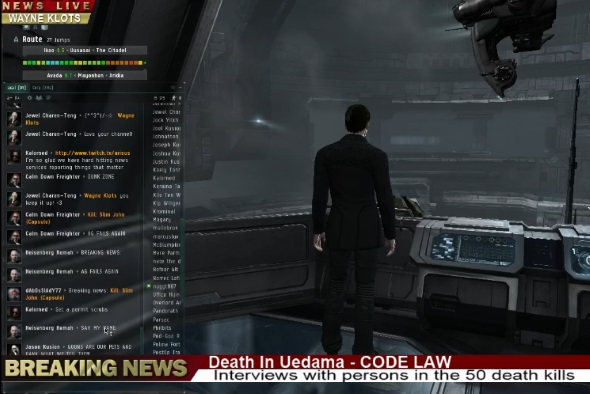 The New Order's commitment to the new player experience and transparency paid off, big time. Before long, Wayne secured an interview with fleet commander Kalorned. 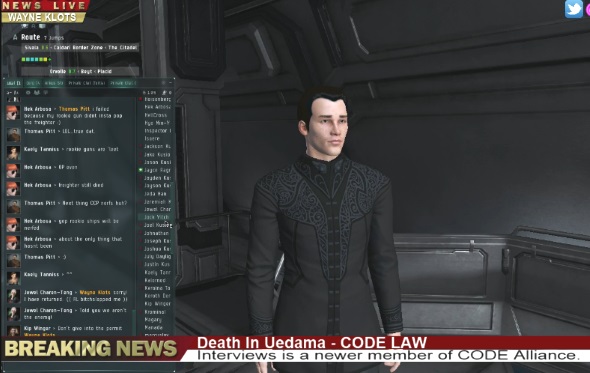 (And yes, there actually is still a "walking in stations" component to EVE, if one goes looking for it.) 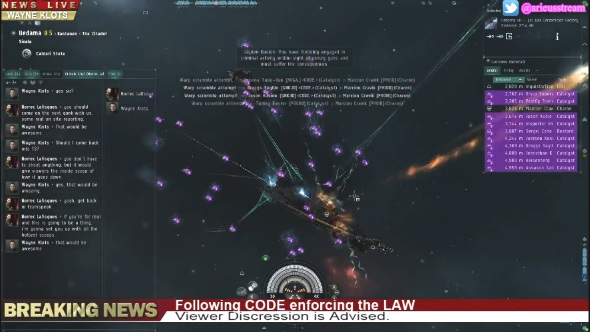 Wayne was given unprecedented access to the CODEdot fleet. He became an embedded reporter, riding along to witness a freighter gank firsthand. 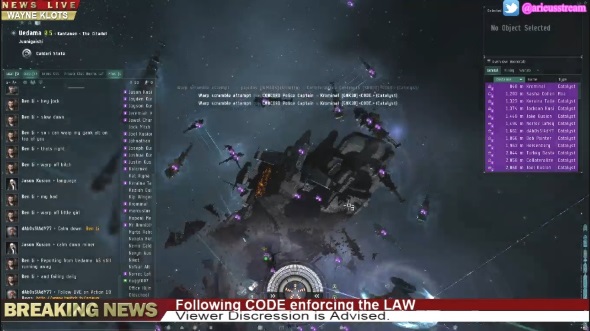 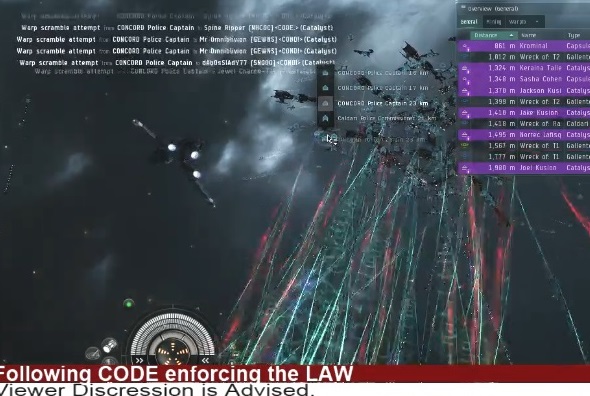 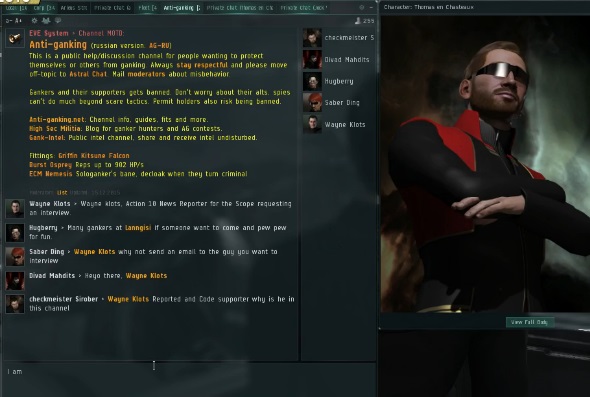 Seeking both sides of the story, Wayne reported to the Anti-Ganking channel.

He got a mixed reception. As usual, the paranoia of the toxic Anti-Ganking community reared its ugly head. What a contrast to the openness and friendliness of the New Order! 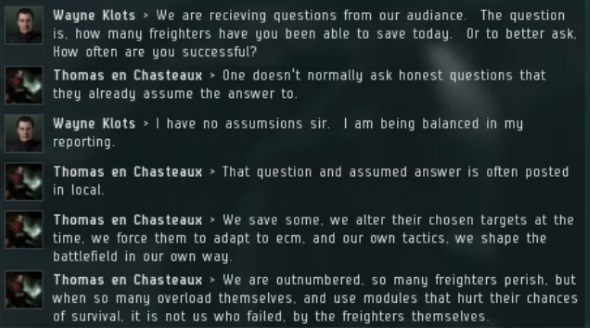 Nevertheless, Wayne did get an interview with Anti-Ganker Thomas en Chasteaux. Even in the face of softball questions, Thomas became defensive. He ducked and dodged. Wayne never did get a straight answer as to why the Anti-Gankers continuously nonstop fail daily. 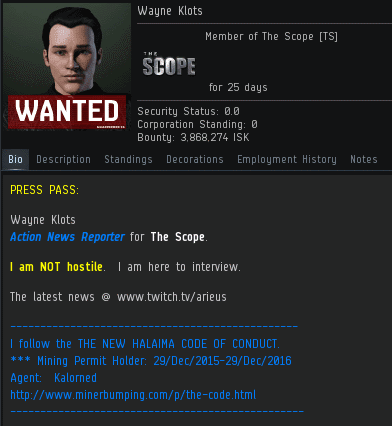 For his efforts, Wayne received a press pass of sorts, the only kind that matters in highsec--a New Order permit! At the conclusion of his epic four-hour stream, Wayne was elated. He sounded like someone who enjoyed playing EVE. Wayne managed to find action, excitement, and content in highsec. If not for the Code, he would've found only silent, AFK carebears slowly grinding isk in absolute safety. Consider this truth, for it's a matter worthy of serious contemplation.
Posted by MinerBumping at 19:02