The Best Newbies in the Game

When people discuss EVE and game design philosophy, there's a lot of talk about newbies, the new player experience, etc. It's the EVE equivalent of, "Won't somebody please think of the children?!" It's empty rhetoric. But that opens the question of which new players are actually worth thinking about and catering to. 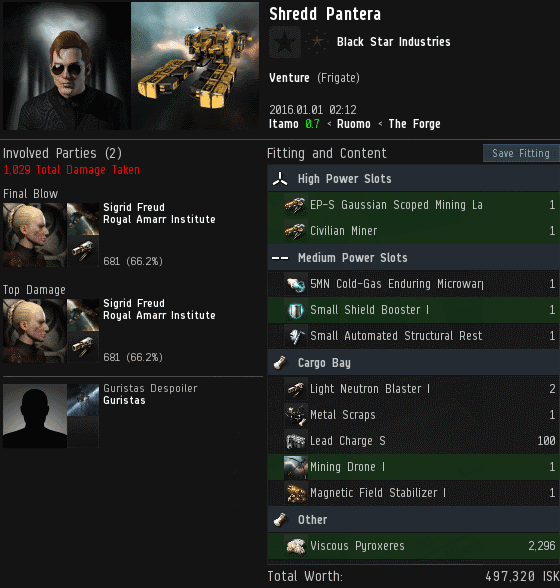 You might assume that the Venture pilot was the newbie in this equation. Actually, it was Sigrid Freud. The ganker and Agent of the New Order was brand new to the game. 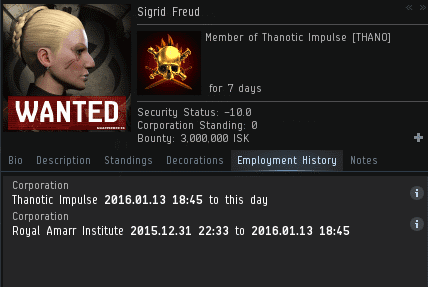 ...And when I say "new", I don't mean the mining in highsec for 3 years kinda new. Sigrid was only a few hours into the game before she scored her first kill. Nor was she someone's gank alt. Sigrid was a genuinely new EVE player recruited into the game by Agent Ilithyia Borgia.

Sage advice. The New Order and MinerBumping don't merely attract new players into the game; we show them how to play in a way that doesn't make them want to quit by the end of their trial period. 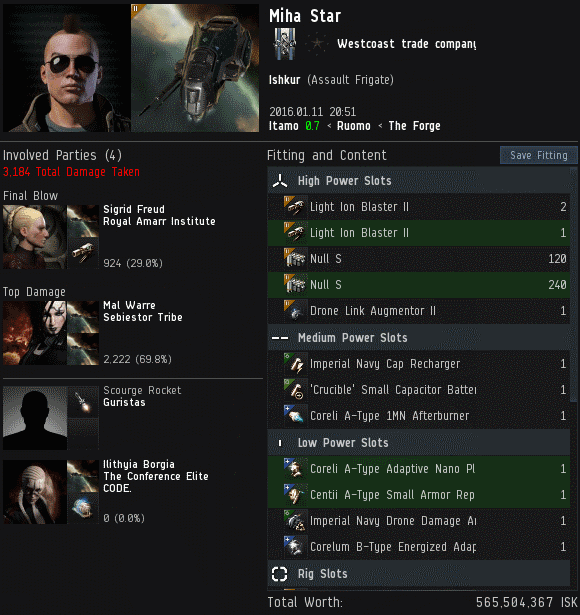 Now for that Ishkur that Ilithyia mentioned. Several days later, Sigrid joined Ilithyia and Agent Mal Warre on a gank of a blingy Ishkur worth over half a billion isk. Had Sigrid joined EVE with a carebear career path, she'd still be training mining skills. Instead, she helped add content to highsec.

Itamo local chat suddenly got more interesting. The Ishkur pilot, Miha Star, was deeply confused. We know this because he lacked a permit, not because of all the question marks. The ?s actually represent Cyrillic characters that didn't get converted from Unicode.

Yes, Miha was a Russian. As Ilithyia knew, there's no faster way to teach a Russian how to speak English than calling them a Ukrainian.

Now Miha was presented with a choice. He could join the New Order or make a fool of himself in local, which, in turn, would win more hearts and minds to the New Order.

Everyone in the system could see which was the winning side. The community prepared to jump in:

If Miha was trying to put together a "ban the New Order" movement, or even a "reimburse my ship" movement, he was clearly struggling.


Miha Star > In the first you have flown 3 players and did not offer fight and who from us fair
Cumulus McGoose > I'm not involved in this - just an observer
Cumulus McGoose > But ganking is an intended game mechanic so no point in arguing or petitioning it
Logan Tigan > Miha Star, you've been around the game long enough to know this is OPEN PVP... So quit bitching about it and just admit you got your ass kicked by someone that's played the game for less time than you...
Logan Tigan > and what Cumulus McGoose said....

Logan Tigan made an interesting point. Carebears can spend all the time in EVE that they want, but they'll still be pushovers for even the greenest recruit to the New Order. Experience, PLEX, skill point trading, new player experience... Forget all that stuff. The Code is everything.
Posted by MinerBumping at 19:24