The Best Kind of Web, Part 1

If you've ever doubted for a moment that bumping haulers is elite PvP, then you obviously haven't met this man: 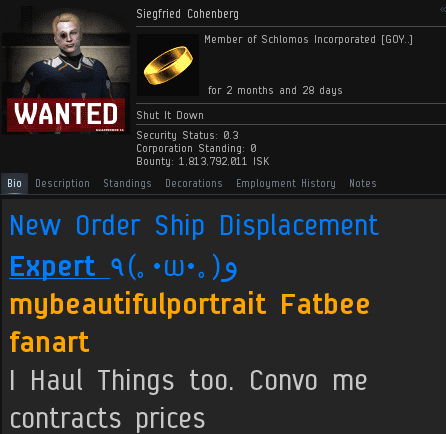 Agent Siegfried Cohenberg has made quite a name for himself in the realm of highsec bumping. Though bumpers don't appear on killmails, Siegfried is responsible for hundreds of billions of isk--perhaps trillions--worth of carebear freighter destruction. He has inspired many a theme parker to cry about unfair mechanics. 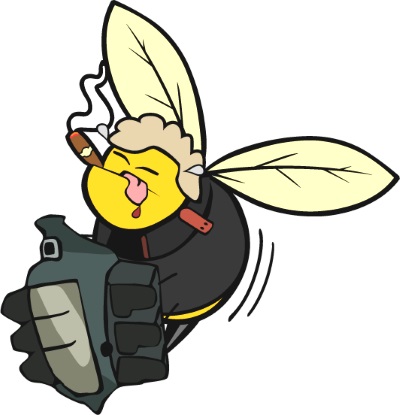 ...Just in case Siegfried's bio made you curious about his official "fatbee". Yes, even the mighty Goons have bestowed honors upon our highsec champion. He's always willing to lend a hand--or hull, as the case may be.

Fresh off his election to the head of the Bumper's Union, our hero was cruising highsec in a bumping Machariel and redefining what it means to be cool for a new generation of EVE players. Then he came upon a bot or bot-aspirant named Sgt Evo. Showtime.

Because the New Order has eyes and ears everywhere, we can actually peer inside the inner workings of the Anti-Ganking "community" to see how they responded to Siegfried's heroics.

A lot of people wonder why the Anti-Gankers are so ineffective. After all, it's not as if the New Order hides what it does. Ganking freighters near the major trade route choke-points is something we do all the time. 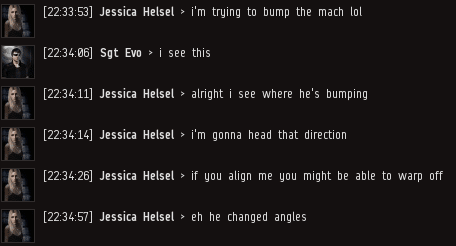 Despite having had years to do so, the anti-Code resistance has yet to adapt. Or even organize, really. 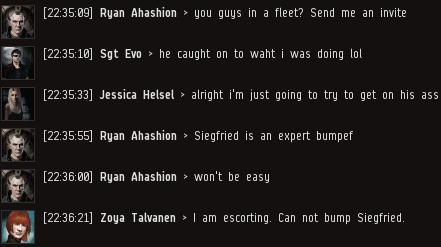 Nearly ten minutes of bumping later, the Anti-Gankers slowly formed a fleet, though even some of the fleet members were too busy to help.

Suddenly, out of nowhere, a competent EVE player joined the Anti-Ganking fleet. Amadeo Giannini managed to pry the freighter pilot loose from Siegfried's grip. The freighter could have docked up, but he was so eager to finish his hauling run that he simply jumped into the next system on his route. Siegfried followed.

The bumping resumed. But Amadeo Giannini was smarter than the average Anti-Ganker. He had a plan. If he could put webs on Sgt Evo, the freighter would quickly align to warp and get away before Siegfried could call in the gankers. Amadeo wasn't equipped with a webifier, so he quickly left to switch to another ship. Meanwhile, he arranged a duel with Sgt Evo so that he'd be able to web the freighter without CONCORD interference.

Had Siegfried finally met his match? Could the New Order bring DPS to the field before Amadeo returned with webs?

To be continued...
Posted by MinerBumping at 18:52