"I like to pay taxes. With them, I buy civilization."
-- Oliver Wendell Holmes, Jr.

Some carebears need an attitude adjustment. How can they justify refusing to pay for a mining permit while they enjoy the benefits of what the New Order brings to highsec? Such hypocrisy deserves a response. Here are a handful of the responses we delivered during the week of January 17th @ 00:00 EVEtime through January 23rd @ 23:59 EVEtime. 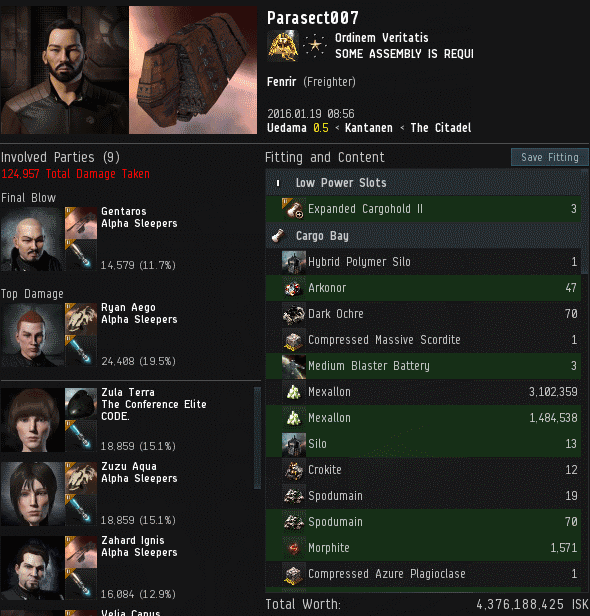 KILLMAIL
Parasect007 got stealth-bombed into oblivion by Agents Ryan Aego, Zuzu Aqua, Zula Terra, Zahard Ignis, Gentaros, Velia Canus, Ben Li, and Kristopher Rocancourt. Ben Li's comment: "Hyperdunking is gone, but I'm still around." He also handled the bumping, the warp-in, and the looting for this kill. Is there anything our Agents can't do?

As Parasect007's freighter was being bumped, our heroes offered him a way out. He wasn't interested. 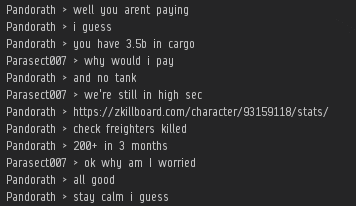 In a shocking twist, a carebear got himself killed because he was too calm!

"Really?" was his reaction when the stealth bombers landed and opened fire. Sadly, his calmness ended then. 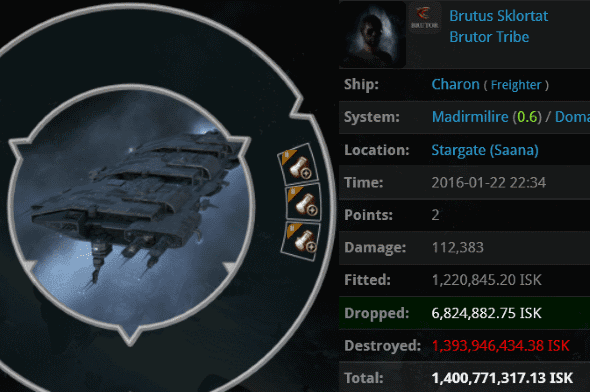 The New Order is all about transparency. Modern highsec is built on trust. Why couldn't this carebear respect that? 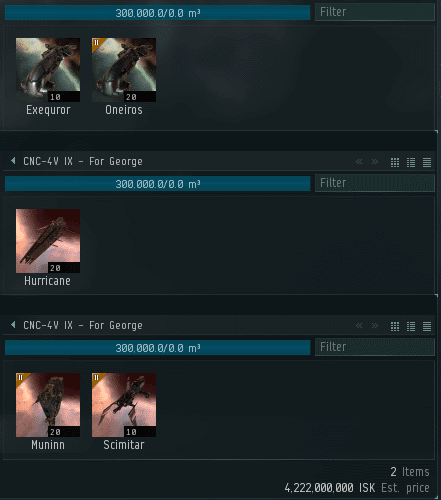 He was able to hide his precious loot from the killmail, but not from our Agents. They recovered an entire fleet from his wreck! KILLMAIL
Speaking of fleets, the Kusion clan got a lot of action this week when an incursion spawned next door to Uedama. A large number of decadent, arrogant, entitled incursion runners were seen autopiloting around the area. One of them was Miss Tyv of the ominously named Responding Requires Movement corp. How can a Vindicator be so blingy and so fail-fit at the same time? She was taken down by Agents Jason Kusion, Jayson Kusion, Joshua Kusion, Justin Kusion, Joel Kusion, Joseph Kusion, Jackson Kusion, Jeremiah Kusion, Jake Kusion, Jayden Kusion, and Johnathan Kusion. As a bonus, her 788 million isk pod was also removed from the field. 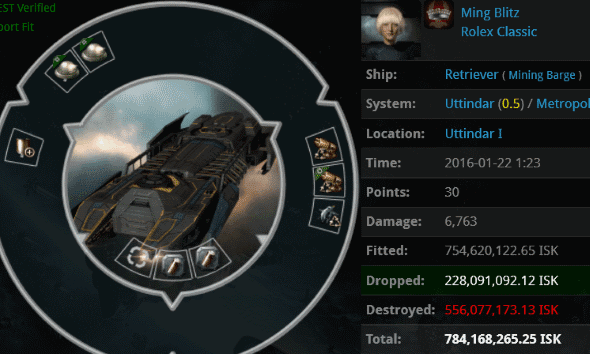 KILLMAIL
Ming Blitz or Mining Blitz? Either way, she found herself on the receiving end of emergent content generated by Agents Rick Therapist and Brutal Anna. Once again, a ship managed to be both blingy and utterly fail-fit. What could be worse than mining with a 784 million isk Retriever? Wait, carebears, don't answer that-- 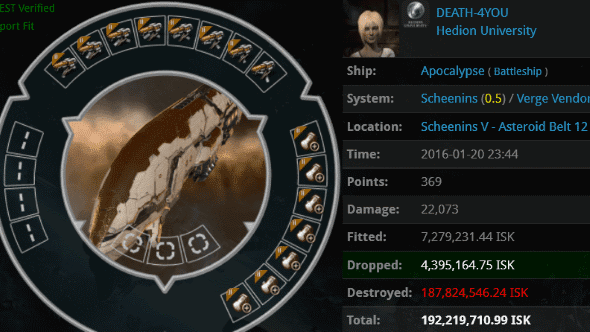 KILLMAIL
...Ugh. Long-time readers know I have a special feeling of disappointment reserved for the pilots of mining battleships. DEATH-4YOU didn't exactly live up to her name when she chose to become a miner and repurposed her combat ships. Agents Zopiclone and MARY POPPINZ would not let this stand.

Judging by her ship's name, DEATH-4YOU knew she was tempting fate. 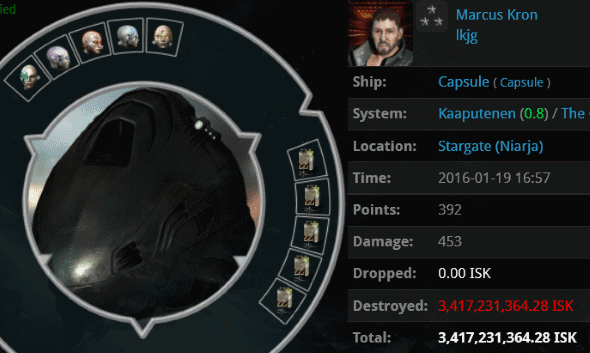 KILLMAIL
Marcus Kron of the bot-aspirant lkjg corp was caught with a 3.4 billion isk pod. It contained a lot of expensive, missile-related implants. Obviously he didn't need those if he was going to be AFK all the time. Agent ST0NER SMURF loves helping players get a fresh start, so he reset Marcus' pod. Now Marcus can enjoy building a new one!
Posted by MinerBumping at 22:19