For the bot-aspirant autopiloters of highsec, the week of January 3rd @ 00:00 EVEtime through January 9th @ 23:59 EVEtime was a difficult one. Hundreds of billions of isk worth of contraband entered Uedama only to disappear in a puff of smoke. Though the game mechanics are stacked against us, the New Order has grown exceedingly efficient at ganking high-EHP targets. How efficient, you ask? 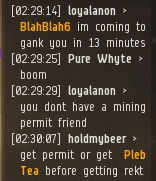 BlahBlah6 didn't bother to wait for the gank to happen. loyalanon is so good at PvP that he can make jump freighters explode just by talking to them. 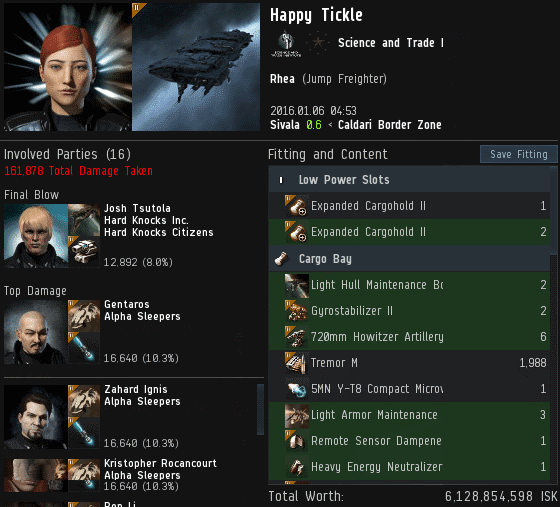 Happy Tickle's jump freighter was gently tickled by a combination of antimatter and torpedoes until Happy Tickle was the only player involved who wasn't happy. Agents Velia Canus, Kristopher Rocancourt, Zahard Ignis, Gentaros, Ben Li, Josh Tsutola, Ryan Aego, loyalanon, Ryvarant, Placebo Sotken, Zuzu Aqua, Lissa Stonewall, Knackered Old Goat, Ghost Shell-Spice Zula Terra, and holdmybeer's destruction of the Rhea was interesting in another way: The top damage-getters inflicted exactly equal damage due to the torpedoes, so each time you load the kill in-game, you get them listed in a different order. 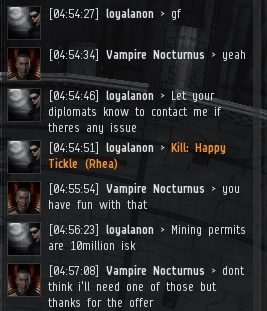 Happy Tickle's spokesalt, a member of the Imperium, attempted to stop the gank. He had about as much luck as a CODEdot freighter trying to travel safely through Imperium space. 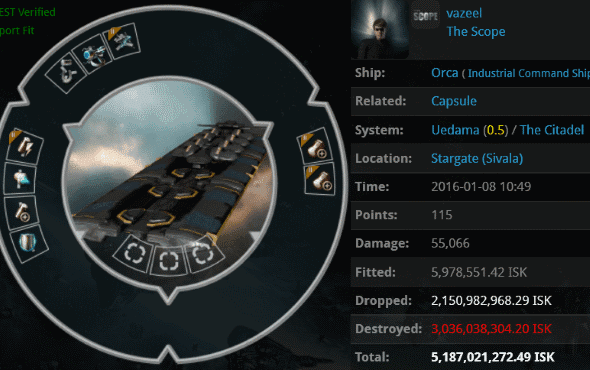 vazeel's failure to properly fit his Orca was only the beginning of his problems. The high value of his cargo soon attracted the attention of the New Order audit committee. Agents Sophia Soprano, 412nv Yaken, BAE B BLUE, loyalanon, karma balancer, reaper Shardani, and glaciale chasse were dispatched and promptly revoked the Orca's right to remain intact.

Our Agents presented their conclusions in a zKillboard comment. It's hard to argue with their logic. They make governing highsec sound so simple! 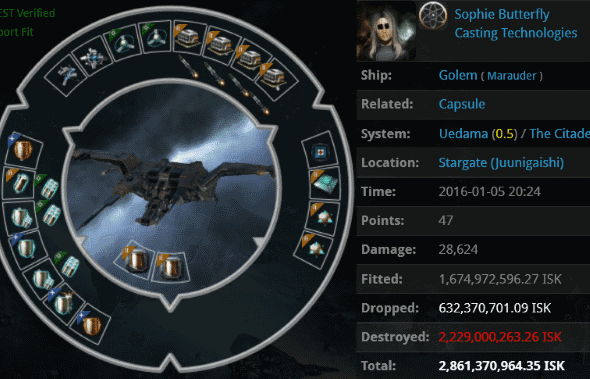 Hmmm... Remind me, Anti-Gankers: Would Sophie Butterfly's Golem qualify as a ship that "can shoot back"? Upon witnessing the beast lumbering through Uedama, the Kusion family felt that its honour had been violated. Code violators in their neck of the woods? They rustled up a few friends and took the rascally varmint to the woodshed. In other words, Agents Jason Kusion, Serena Stardust, Serena StormCrow, Logical Fallacy, Jayden Kusion, Hayley, Jake Kusion, Prixm Wind, Jayson Kusion, Joel Kusion, Jackson Kusion, Bob Painter, Justin Kusion, Nin Rin, Joseph Kusion, Yvain Bluewater, Joshua Kusion, Jeremiah Kusion, and Johnathan Kusion killed the Golem, along with its 900 million isk pod. 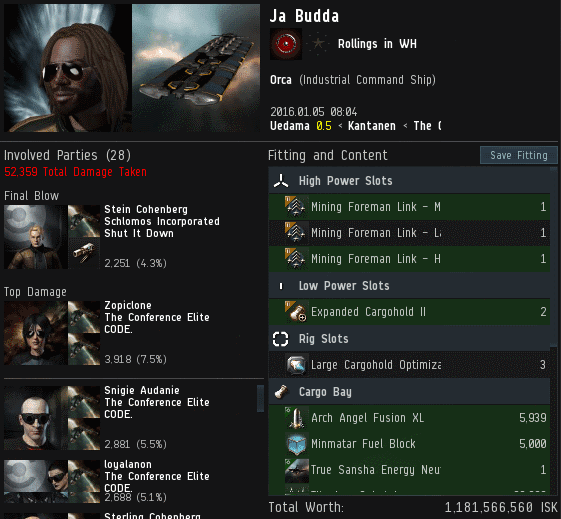 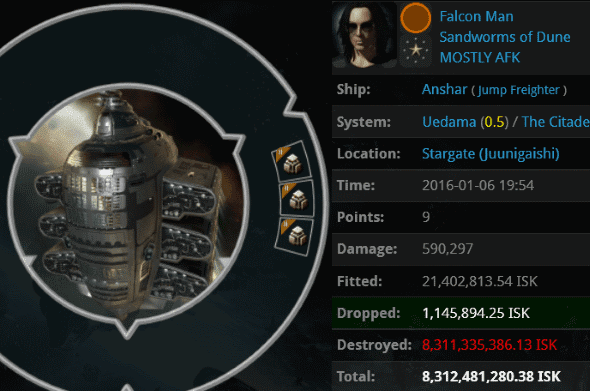