The Best Kind of Web, Part 2

Previously, on MinerBumping... Agent and newly elected Bumper's Union chairman Siegfried Cohenberg had no problem keeping freighter pilot Sgt Evo bump-tackled. Sgt Evo's distress call in Anti-Ganking yielded a handful of hapless carebears who joined a small fleet and did little else. But suddenly, Siegfried was thwarted by Amadeo Giannini, who proved far more elite than the rest of the Anti-Gankers. As Amadeo and Sgt Evo opened a duel and Amadeo went to fetch a ship with a webifier, all hope seemed lost.

Could the New Order really lose? It's impossible, but the Anti-Gankers felt that a victory could finally be within their grasp. But carebears, take warning: If you think you're going to win--or even if you think you've already won--think again. 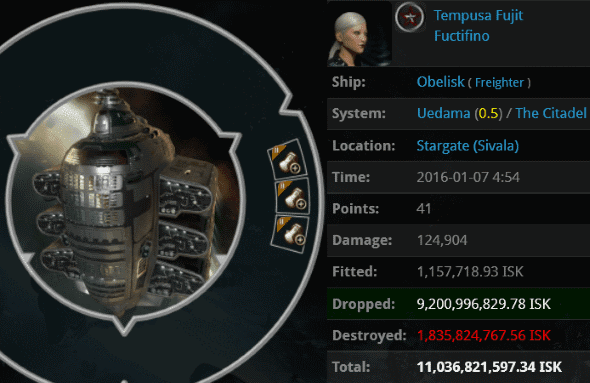 Take, for example, the case of Tempusa Fujit's 11 billion isk freighter. It was ganked by a New Order fleet in yet another extraordinary victory for the Code. The fact that 9.2 billion isk of the freighter's cargo dropped was icing on the cake. Nearby anti-Code miscreants were utterly unable to prevent the gank, so they tried to put a damper on the party by shooting the wreck. In this, too, they failed, as a freighter belonging to one of loyalanon's alts managed to scoop all the cargo just before the wreck popped. 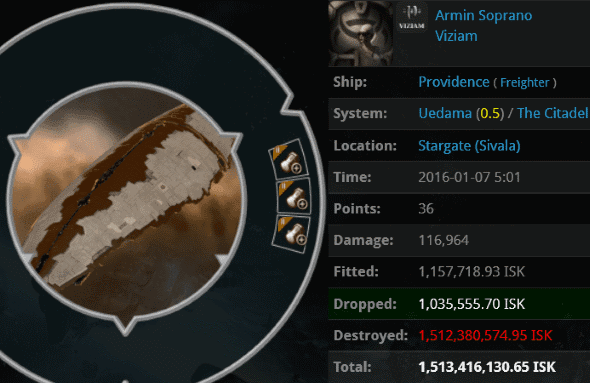 Then came a plot twist. Since it went suspect for looting a gank victim's wreck, loyalanon's alt was doomed. All of the Anti-Gankers and random onlookers present were free to tackle and slowly destroy the freighter without CONCORD interference. Had the Anti-Gankers finally scored a victory? They sure thought so.

News of the dead New Order freighter spread like wildfire, and the anti-Code resistance became ecstatic. They shared links of the killmail far and wide. Remember the warning, though.

Despite looting over 9 billion isk in dropped cargo, the New Order alt freighter was surprisingly empty. A Station Vault Container and a Tempest, both from Tempusa Fujit's loot drop, were there. But everything else was missing. And then there was the matter of loyalanon's alt fitting his freighter with three cargo expanders, knowing perfectly well that such freighters are marked for death. Could it be...? 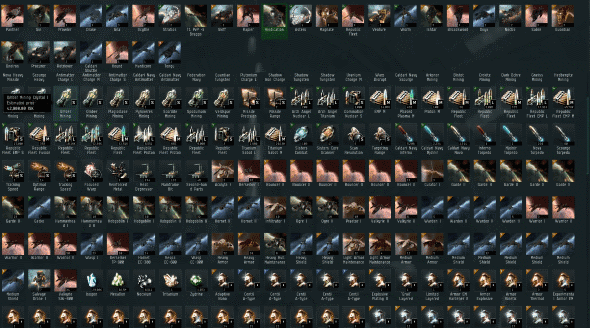 Another plot twist. As the Anti-Gankers were patting themselves on the back and shooting at loyalanon's alt freighter, he quietly ejected nearly all of the loot he'd scooped. Then, by "abandoning" the ejected cargo, he allowed any player to scoop it without going suspect. The Anti-Gankers whittled away at the freighter's HP, completely oblivious to another New Order freighter, named "Vindication", which intercepted the loot. The ships and equipment from the Tempusa Fujit gank, worth roughly 9 billion isk, were rescued right out from under the Anti-Gankers' noses. loyalanon's alt was a platinum insured suicide freighter, and its inevitable death had been part of the plan all along.

The moral of the story is that the CODE always wins. Always. Even when the Anti-Gankers think they've won, you ask? Yes. Especially then.

...Which brings us back to the tale of Siegfried, Sgt Evo, and Amadeo. Last time, we peeked at the Anti-Ganker fleet. There was a hint: Sgt Evo's limited engagement icon, and the lack of a fleet member icon for Amadeo. It could only mean that were were looking at the fleet from Amadeo's perspective. 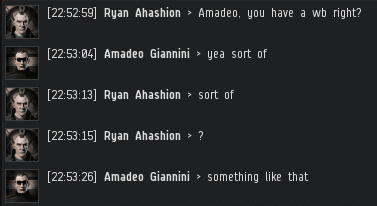 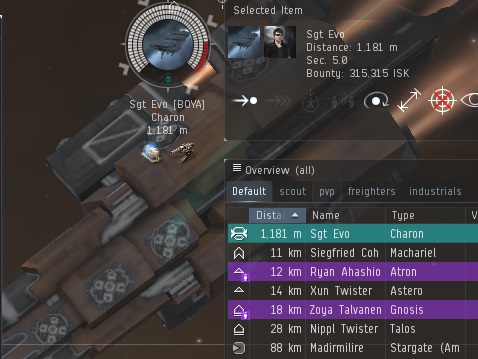 The truth was revealed. Amadeo had brought something far better than a web. He had the Code. 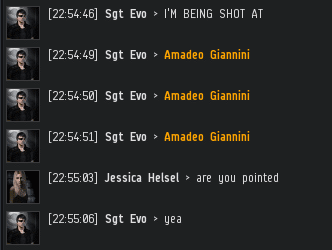 Our hero managed to infiltrate the Anti-Ganking movement. Instead of getting a webbing ship, Amadeo brought a Thrasher. Thanks to the active duel, he had a free pass to attack the freighter. 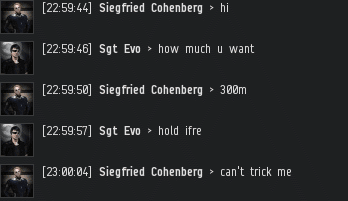 Trapped, the freighter was finally willing to speak with the man who had been bumping him for the last half-hour. Better late than never.

As usual, the carebear tried to stall. Siegfried was far too clever an Agent to be fooled. When you hold a ship for ransom, always keep the pressure on. The freighter pilot had no choice but to pay the 300 million isk ransom.

The 300 million isk payment bought the freighter some breathing room. Now that Siegfried had a comfort level with the carebear, he was willing to negotiate for the release of the freighter. Remember, Sgt Evo had only asked him "how much you want". Siegfried never said what he'd do once he received the amount. 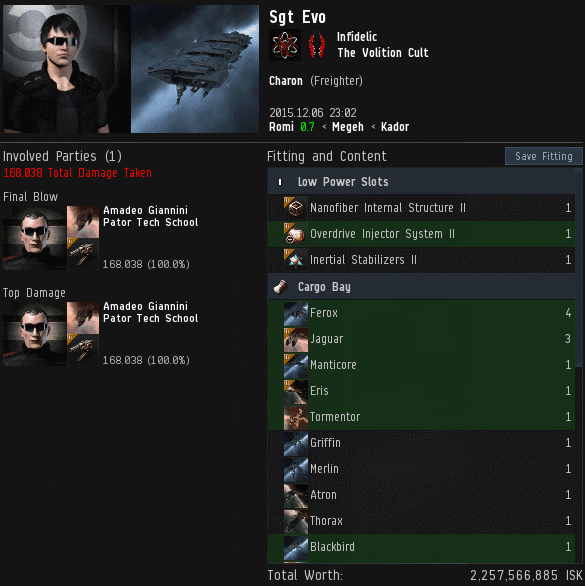 Sgt Evo went silent, apparently unwilling to pay more money. So our heroes had no choice but to secure the destruction of his 2.2 billion isk Charon (valued at 2.8 billion by zKillboard).

As for the Anti-Gankers, they had some paperwork to do. File this one under "F" for "Failing continuously nonstop daily"?
Posted by MinerBumping at 17:07