When people think of PvP--and in particular, elite PvP--they think of the New Order. Want proof? Consider the opinion of zKillboard admin Squizz Caphinator, who recently announced the creation of zKillboard trophies. In addition to himself, he offered two very famous EVE characters as examples...

Two extremes: Chribba the noncombatant and loyalanon the ultimate combatant. If you're planning to break the Code, consider how powerful (and e-famous) its enforcers have become. Now enjoy some fine kills from the week of January 24th @ 00:00 EVEtime through January 30th @ 23:59 EVEtime. 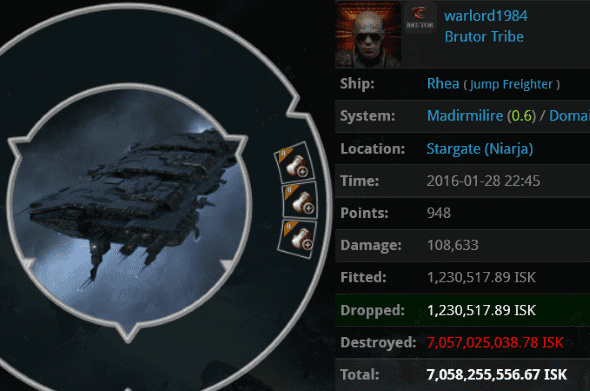 When ransomed by the bumper, warlord1984 claimed he'd just returned to EVE (as if we haven't heard that one before) and that he only had a Rhea and 397 million isk. He surrendered the isk, but then went silent for some reason. 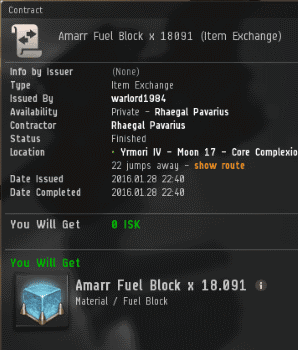 Luckily for the jump freighter pilot, he was contacted by an Anti-Ganker who offered to web his ship and get him to safety. As payment, he only requested a small tribute, which warlord1984 was happy to provide. 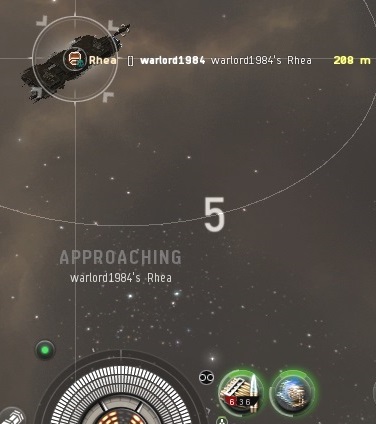 A stroke of bad luck: The Anti-Ganker didn't have a web on his Hurricane; he only had a warp disruptor and some guns. So he used those instead. When all you have is a hammer, every problem looks like a nail.

The jump freighter pilot wasn't happy about this turn of events, so he initiated self-destruct in a vain attempt to avoid generating a killmail. Gee, maybe he really did just return to EVE? 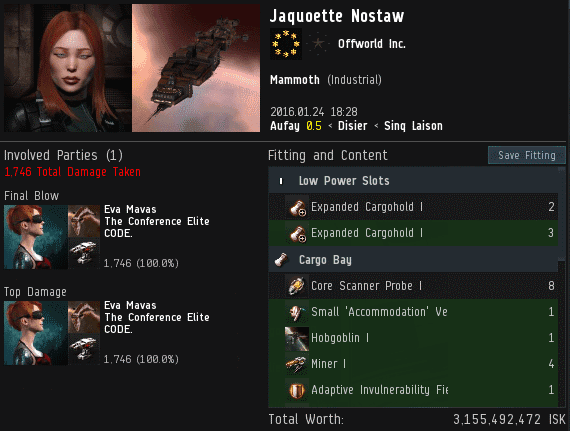 KILLMAIL
Jaquoette Nostaw had over 3 billion isk of cargo and a paper-thin industrial ship. She had no permit and no desire to play EVE while at her keyboard. The predictable ensued. Agent Eva Mavas destroyed the Mammoth along with the 1.2 billion isk pod it dropped.

It was meant to be. 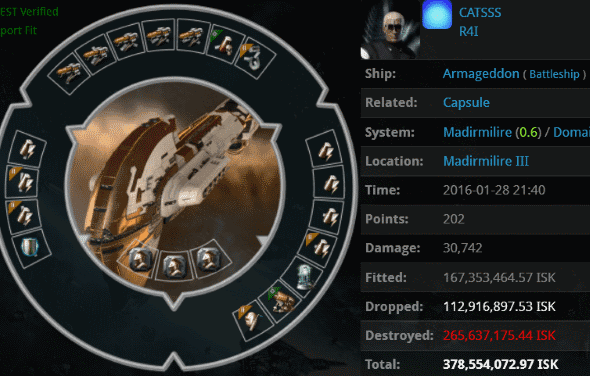 KILLMAIL
What's worse than an anti-tanked mining battleship? CATSSS had the answer: A capacitor tanked mining battleship! He probably thought it would be silly to use cargo expanders on a battleship. I mean, what good would the extra cargo space be, if he ran into a group of suicide energy neutralizers, for instance? But Agents Pod-Goo Repairman, Aaaarrgg, Pod-Goo RepoWoman, and FightMeNow weren't armed with neuts or nosses. They were armed with the Code.

Protip: If local chat starts focusing on your mining battleship, the opinion of Agent Aaaarrgg is the one you should listen to. 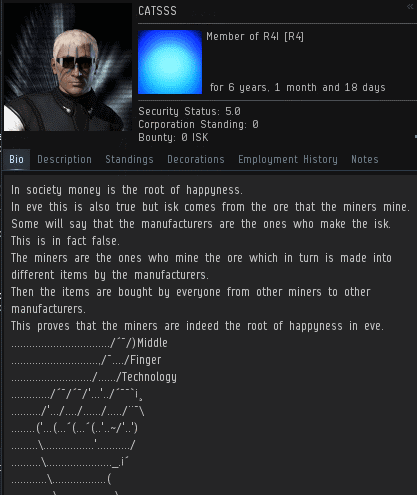 If mining and isk are the root of happiness in EVE, then why are all the miners we encounter so unhappy? 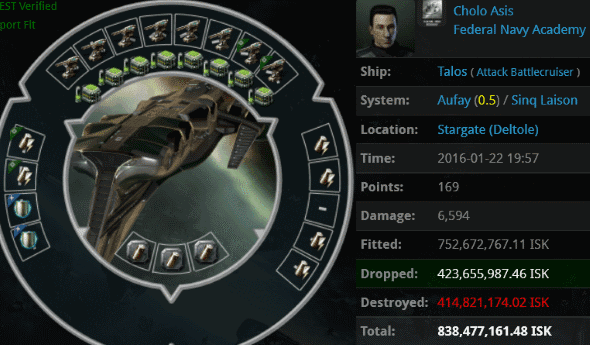 KILLMAIL
Cholo Asis got a pass last week, but in light of the cap-tanked 'Geddon, this Talos demands our attention. Agents Eva Mavas and Lucia had no choice but to destroy the hull of what could otherwise have been a fine ganking ship. Instead, it was fail-fit with medium railguns(?!) and a capacitor tank. Carebears, stop it. 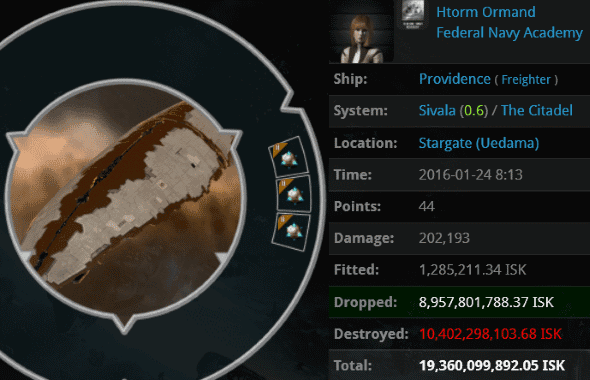 KILLMAIL
Htorm Ormand had a bundle of capital blueprints and desperate need to get them through Uedama. She could've requested the assistance of the New Order (who knows highsec better than we do?), but she chose to ignore our existence. 19.3 billion isk later, she hopefully learned that bigger isn't always better. Capital ships are nice, but they are nothing compared to the Code. Codier is always better. 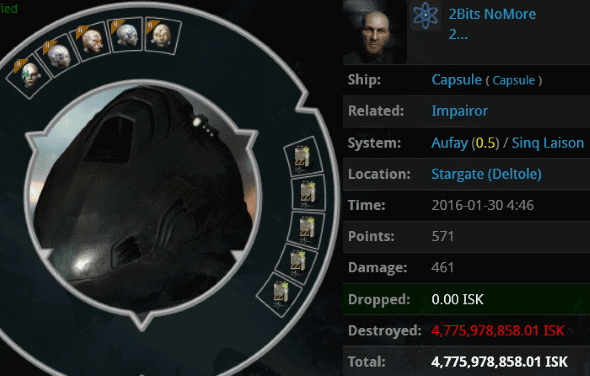 KILLMAIL
2Bits NoMore was just another harmless newbie autopiloting in a rookie ship. Or so he wanted everyone to think. Agent Lucia didn't care about appearances. She's not superficial like that. Like any good Agent, she looks into the heart of another EVE player and forms a judgment based on substance. Her instincts proved correct. 2Bits was equipped with a High-grade Ascendancy set and a lot of other expensive stuff. Lucia wouldn't allow 2Bits to abuse highsec anymore. Decadent carebears, take notice!
Posted by MinerBumping at 22:08