Four Years of the Code

June Twenty-Fourth. It's a day that's celebrated all across highsec--and in enlightened corners throughout the rest of EVE. Today marks the fourth anniversary of the Code. 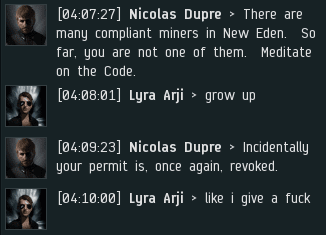 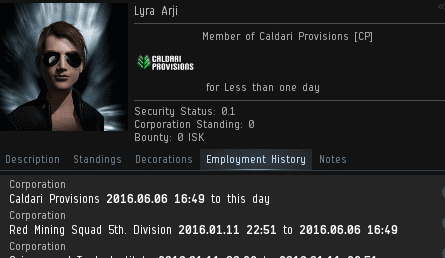 For those of us who played EVE before the advent of the Code, it's almost difficult to remember exactly what highsec looked like in those dark days. If you could step into a portal and visit pre-Code highsec, you'd hardly recognize the place, with its static fields of infinite ice, its undisturbed flocks of twenty, fifty, or even a hundred untanked Hulks and Mackinaws in one location. Its widespread use of the most primitive bot scripts. System after system with only deafening silence. But the biggest difference would be the one you could only feel, not see: The total absence of hope. 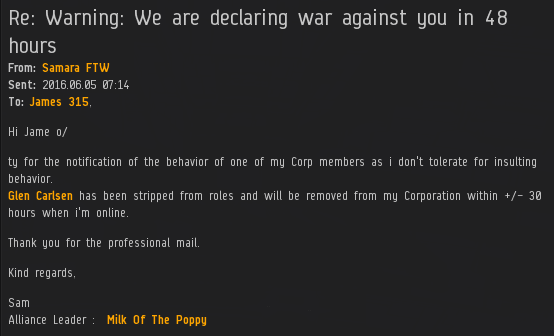 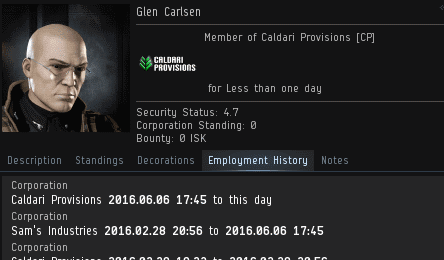 Then came that magnificent declaration of June 24, 2012. In the Halaima ice field, an Invincible Stabber arrived with the thunderclap of revolution. People, smart people, had a feeling and a sense that something special was happening--something important. And it was. But no one quite knew, not yet, just how significant that event was. The transformative power of the Code would only be fully felt as the years went by and the greatest story in EVE's history unfolded. 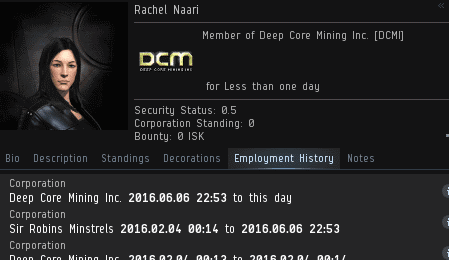 And what a transformation it has been. The fat clouds of yield-fit Hulks evaporated, leaving behind dribs and drabs of refugees in tanked-up Skiffs clinging desperately to the rocks. If you took a ganker from 2011 and sent him out into the highsec of today, he'd return home empty-handed and shaking his head. Old school hunters of autopiloting pods and shuttles would be even more astonished: The New Order caused a 95% reduction in their population. For years, everyone believed highsec was impossible to change in any way. It was just too big, they said. As it turned out, the Code was bigger. 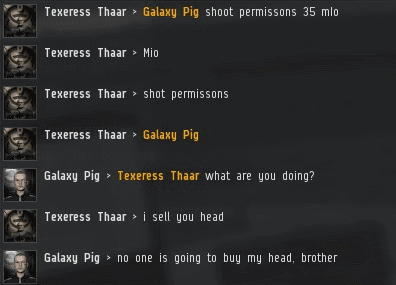 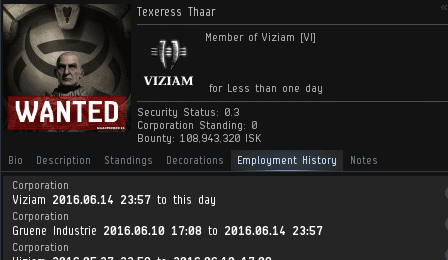 These changes didn't happen by accident; they were written into the Code from the very beginning. The curmudgeonly rebels and skeptics still doubt for the sake of doubting. Very well. But consider: When a newbie goes to a forum and asks for advice on mining in highsec, what do people say to him? "Tank up your ship," they say. They caution, "Whatever you do, don't mine AFK." And, "Use your D-scanner. Watch local." Buried beneath the downvotes, more sage advice: "Buy a permit." Ah, but what the rebels and skeptics on Reddit and elsewhere don't realize is, buying a permit is only one provision of the Code. The rest of it? Exactly the things they told the miner to do. They were instructing the miner to obey the Code, and they didn't even know it! That's how much we've changed the culture, how deeply the Code's roots are planted. 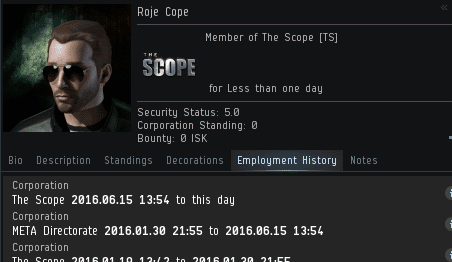 Speaking of culture, no organization is more essentially EVE than the New Order. CODE. is the most relevant alliance in the game. More and more, people gloss over everything else, while their eyes quickly dart to each mention of the Code. Everything else seems to fade away. Even the biggest nullsec war in years didn't get but a fraction of the coverage you'd expect--on either the pro- or anti-Imperium websites. Observers are at a loss to explain why. Another example: As predicted years ago, CODE.'s history-making performance in the Alliance Tournament is the only thing people remember about it. The scandal-ridden Alliance Tournament, plagued by cheating, elicits only a yawn. Players' eyes light up when they talk about CODE.'s brief but remarkable involvement in the contest. Yet another example: The EVE blogosphere. At its height, there were four very popular EVE blogs--MinerBumping, Greedy Goblin, Jester's Trek, and Poetic Discourse--and many lesser ones. Today, MinerBumping alone towers over the ruins. They can't explain that, either. 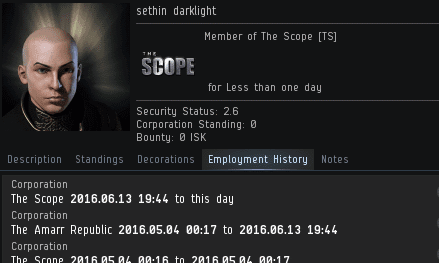 The true nature of the Code's transformative power is seen at the individual level. The Code turns bot-aspirant miners into compliant miners. It turns carebears into players who seek out other forms of gameplay. It turns some of those players into Agents. And it turns Agents into legends. On this last point, even the most cynical rebel can scarcely remain in denial. loyalanon began his career as a random highsec ganker; he ended his career as EVE's #1 PvP'er, ranked above millions. The Code did that. The Code made that happen. There are legends in highsec today, Agents who walk as giants among the thousands of carebears who look up at them in wonder. Some look at them in hate, but in this, too, the Code's power is seen, for the Code created the rebels. The Anti-Ganking community is toxic, but even they, living as they do in squalor, are but the prodigal children of the Code. Anti-Gankers, you wouldn't exist if it weren't for the Code. 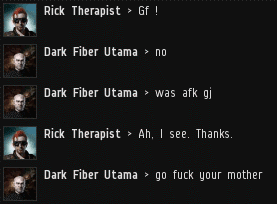 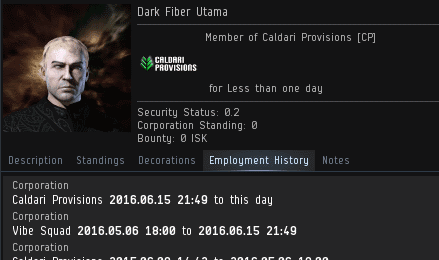 For its supporters, its enemies, and for those who would ignore it, the Code defines reality in highsec today. Players read it. They obey it and thrive because of it. If they don't obey it, they account for it or adapt to it in some way. Or else they suffer because of it, losing their ships, their cargo, their implants, and yes, sometimes even their corps. After four years, we know how essential it is. Thankfully, we do have the Code--a Code you asked for, to keep highsec in order. Some players hoped and expected that the Code would simply go away. It didn't. Instead, they went away. They won't be missed. Highsec only has room for those who want to help us build the future. Because as far as we've come in four years, there's still so much work to be done.

You see, highsec isn't perfect yet. But it will be.
Posted by MinerBumping at 18:17