Who represents the future of EVE? The people who join EVE to enforce the Code. 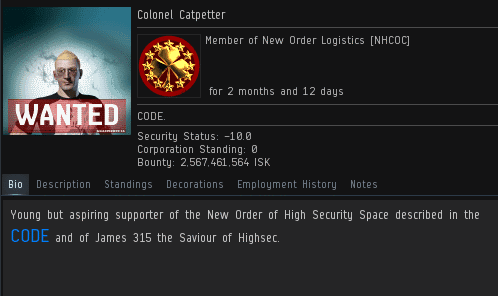 Agent Colonel Catpetter went on patrol with Minx Mattel, a seasoned Agent who volunteered to show him the ropes. Catpetter was looking for action and found it--quickly. He didn't need to go on some five-hour roam to get a fight; he's a Code enforcer.

Minx and Catpetter ganked an unlicensed Mackinaw piloted by Katsu Tal. Minx provided Catpetter with a standard EVEmail to send to the bot-aspirant.

From that point on, Minx took the lead. She went into permit-selling mode. Katsu didn't bother flying into rage or threatening destruction from powerful nullsec friends. He wanted to resume mining in highsec, and the only way to do that these days is to get a permit.

As Agent Minx developed her rapport with the miner, she noticed some trouble signs.

Minx chose to keep her concerns to herself--for now. 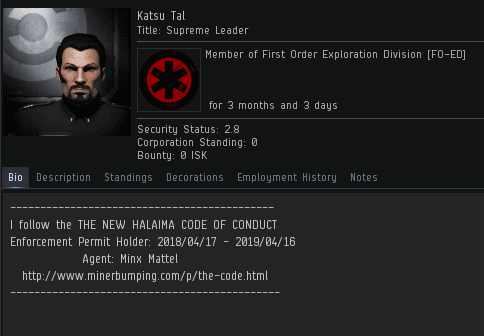 Katsu dutifully gave Minx some isk and changed his bio to reflect the Code's authority over highsec. But would Katsu remain compliant perpetually, as the Code requires?

Alas, mere hours later, Katsu was ganked by another pair of Agents. They were members of New Eden Mining Authority, one of several corporations to join the mighty CODE. alliance in recent months. This time, Katsu was so "at his keyboard" that he was unable to escape with his 785 million isk pod.

The miner insisted that he'd followed every single provision of the Code. Was he telling the truth? Everyone knows how highsec miners tend to lie whenever it suits them. Agent Minx checked the Mackinaw killmail to be sure: 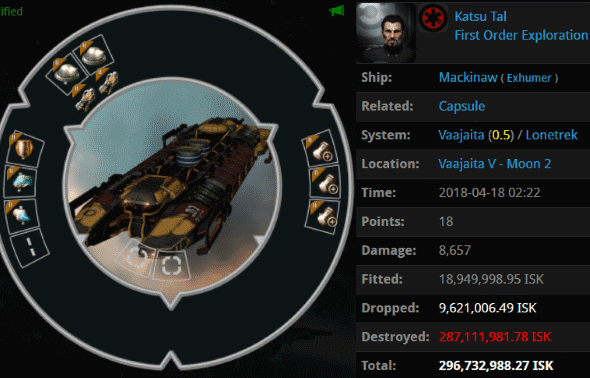 Unfortunately, Katsu had violated the Code with his Mackinaw fit. He'd certainly earned his punishment. But what really left an impression on our Agent was the fact that Katsu has been playing EVE for nearly nine years and is still making these kinds of mistakes.


"In the age of big data, I turned to statistics. What would the numbers from our latest 221 kills tell me?"

Minx had a hunch that miners don't get any smarter with age. She decided to gather some empirical evidence to test her theory. 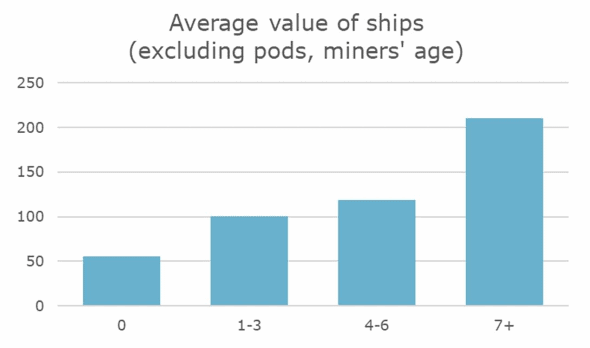 Our Agent's suspicions were confirmed. In fact, people who spend years mining in highsec only spend more and more money on their mining barges and exhumers. And what about pods? 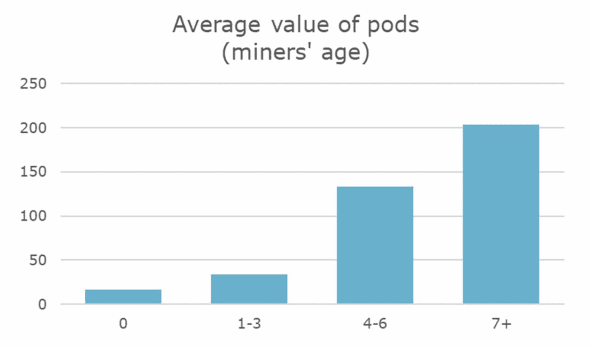 It was the same story. Now for the most critical question: Did older miners at least learn to invest more of their money in tanking their ships? Minx performed a study of the number of hitpoints the dead barges and exhumers had. Though resistance modules wouldn't be reflected in the raw damage totals, some mining ships have more base HP, and additional HP can be added with shield extenders, rigs, etc. (HP can also be subtracted with cargo expanders.)

What Minx discovered was shocking. 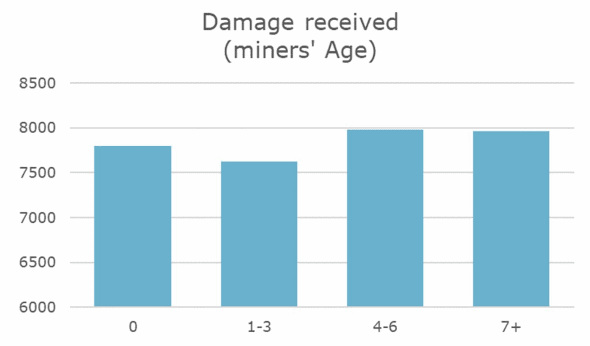 Miners don't get smarter with age. If anything, years of mining in highsec only makes them dumber. The only way to get smarter is with the Code.
Posted by MinerBumping at 18:04