It was a rough week to be a bot-aspirant in highsec. There were a number of people violating the Code--despite knowing what would happen to them--and, I must say, they found themselves punished quite severely. From the week of July 29th @ 00:00 EVEtime through August 4th @ 23:59 EVEtime: 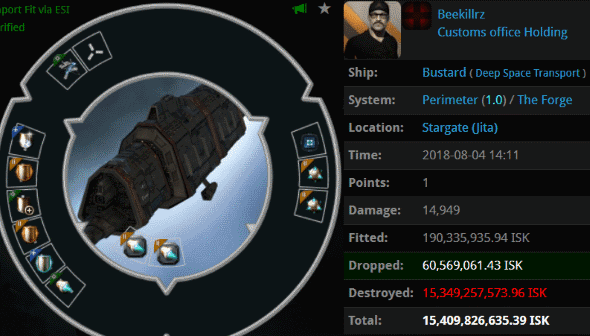 KILLMAIL
I've said a lot about the futility of freighter pilots switching to Deep Space Transports to conduct their illegal activities. Beekillrz wasn't listening. His Bustard was popped in the heart of 1.0 security space by Agents erobb, PogChampion, Shy Elf Trap, patyooki, James BIG BONED, and Daniel Chanline, who took to their Tornadoes and did highsec proud.

Nothing surprises me anymore, but this was really dumb. 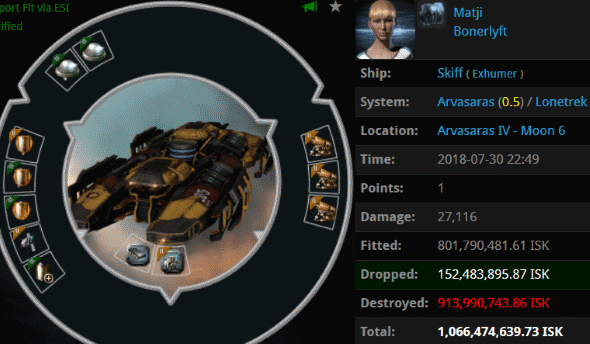 KILLMAIL
Matji bought a Skiff instead of a mining permit--exactly as Anti-Ganking would have advised. As usually happens, the Skiff pilot became overconfident. And with overconfidence comes decadence: She splurged on a pair of ORE Ice Harvesters, among other things. Yet Matji was easily dispatched by a squad of Catalyst pilots: Agents Noll Kion, Lisa Tears, Minx Mattel, Saskia Arnoux, Lewak, and Ho Lee Fuk. Time to get that mining permit, I think. 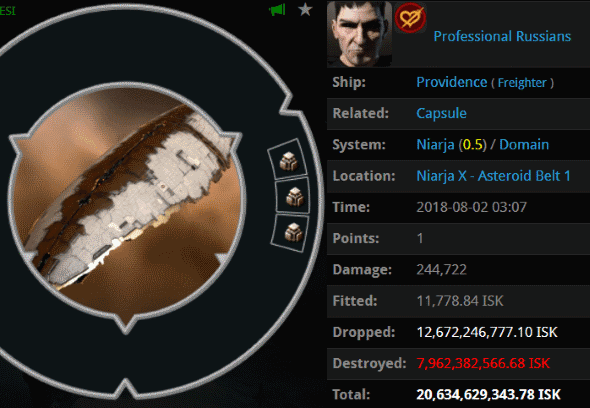 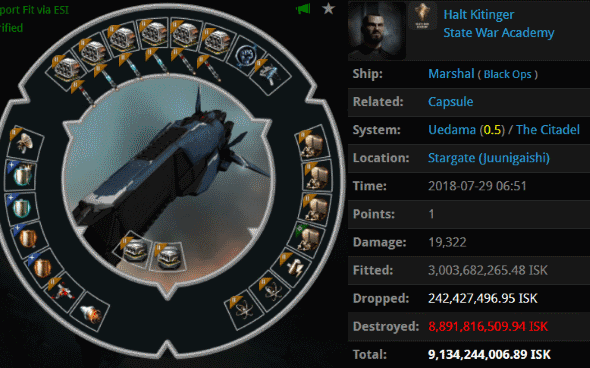 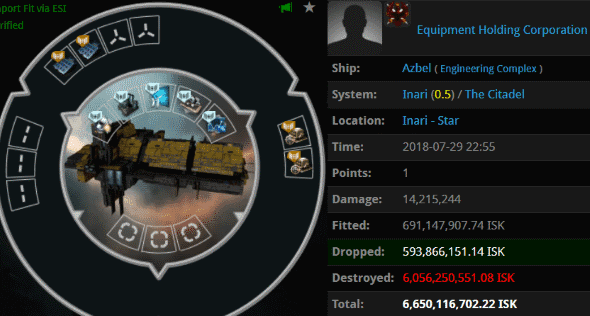 KILLMAIL
Equipment Holding Corporation learned the terrifying truth behind the mighty CODE. alliance's wardecs: They're no joke. A group of Bhaalgorn-wielding Agents took down the corp's 6.6 billion isk Engineering Complex. Agents Sigrid Tystnad, Rainbow Cake, Blazing Pancake, Delicate Feminine Flower, Ice is Nice, Love Humps, Discofitta, Chocolate Rainbow Cake, Kissemurra, and Jathrine have proven to be quite effective with Bhaalgorns. Could a return to the Alliance Tournament be in CODE.'s future? 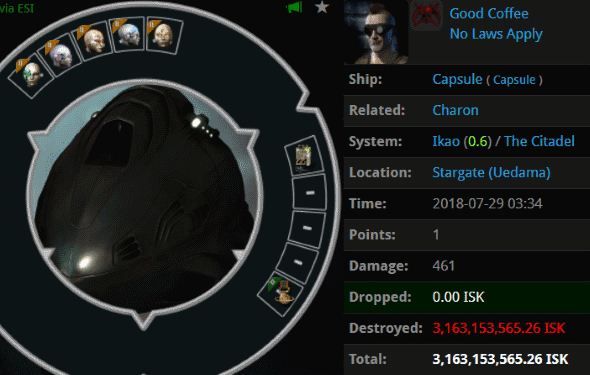 KILLMAIL
Good Coffee of the inappropriately named No Laws Apply corporation was given a lesson in the law of highsec. After his 2.8 billion isk freighter was mowed down, Agent holdmybeer zapped Good Coffee's 3.1 billion isk pod with smartbombs.

"No Laws Apply"? That's some High-grade nonsense. The CODE always applies. Always!
Posted by MinerBumping at 20:09