Terror gripped the Isanamo system: Agents of the New Order were shooting spaceships!

Innocent, helpless Retrievers were being ganked one after another. So far, Anti-Ganking had been unable to put a stop to this griefing, bullying, and harassment--also known as PvP. What Anti-Ganking needed was someone to lead them.

Then, one day, the man of destiny arrived. 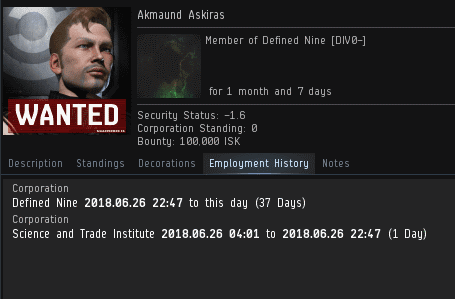 Akmaund Askiras took it upon himself to liberate the carebears of Isanamo from the cruel yoke of the mighty CODE. alliance. And he'd already successfully destroyed a CODE. frigate. 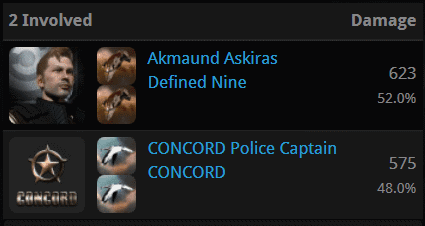 Granted, the killmail wasn't perfect. It turned out that the frigate in question had been jammed by CONCORD. Since Akmaund was piloting a damage-only ship (i.e., it wasn't fitted with jammers of its own), the presence of CONCORD on the killmail meant that he hadn't shortened the lifespan of the ganking ship. In other words, he hadn't affected anyone in any way.

Half an hour later, another Anti-Ganker made the observation that Akmaund's effort had been in vain.

...Which was followed by more Anti-Ganker confusion about EVE's mechanics (and the English language). It would be some time before Akmaund checked in on the Anti-Ganking channel to see the reaction. In the meantime, he was busy building upon his success in Isanamo.

After indulging in a bit of braggadocio, Akmaund sounded the alarm in Isanamo local.

Leeching on CONCORD's frigate killmail had boosted Akmaund's ego. He now saw fit to lecture the local miners under his protection. 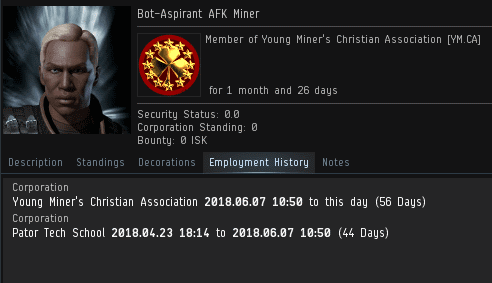 In case you were wondering, Akmaund's reference was to a character named "Bot-Aspirant AFK Miner", not an actual bot-aspirant AFK miner. (If that had been the case, Akmaund wouldn't have had any problem with him.) 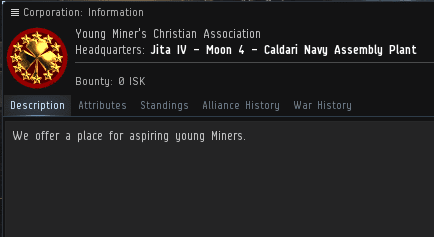 In fact, despite looking like any other bot-aspirant AFK miner, Bot-Aspirant AFK Miner was allegedly a deep-cover CODE. operative who infiltrated mining communities and provided warp-ins for gankers.

Though confident he could win any fight, Akmaund didn't show up for the duel he'd proposed. He knew Agent Ernst's acceptance of the duel was merely a ruse. Ernst intended to distract Akmaund from protecting Isanamo's carebears. He wouldn't fall for it.

Akmaund was determined not to allow any ganking to take place while he was in system. He wouldn't allow himself to be distracted by-- Whoops. Akmaund was so busy arguing with CODE. members that he allowed one of his precious carebears to die. How would Anti-Ganking's new champion respond to this setback?