Previously, on MinerBumping... Vaughn Law aka Lahnius had an violent meltdown in the mighty CODE. alliance's channel. Vaughn vowed to create "Hardcore AG" and annihilate CODE., starting with Agent Alt 00 in Nakugard. But first, he'd file a petition against Agent Trump The King.

Vaughn was convinced that Trump was actually an alt of the Saviour of Highsec. If true, this would be a petitionable offense for some reason. 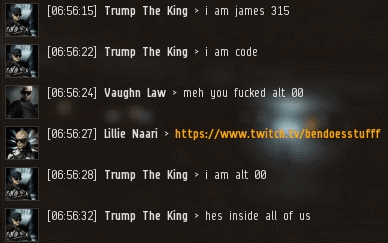 Alas, what Vaughn didn't realize is that Agent Trump was speaking figuratively. The "Hardcore AG" founder's petition, intended to be a silver bullet, would need to be scrapped.

Vaughn wouldn't be able to get the Saviour permabanned, but the Agents of the New Order remained vulnerable. Vaughn planned to target the Nakugard system as soon as possible.

Though he'd only been in CODE. for a few days, Vaughn considered himself to be among the alliance's finest Agents. His decision to defect to the resistance could be a turning point in the war for highsec's future.

Vaughn again dared Trump to respond to his threats. Agent Trump still looked upon the misguided rebel with nothing but compassion and concern.


Vaughn Law > its goingto belike a code permit solicitation ... but ita going to say shit like "you have been killed because of trump the dump (but i will link your toon lol)
Vaughn Law > you fuck up
Vaughn Law > lmao
Vaughn Law > and its all your fault
Trump The King > ive literally won this entire debate

Despite his empathy, Trump saw the situation for what it was. He was clearly on the winning side of the hours-long argument.

Trump gently reminded Vaughn of the original reason for Vaughn's outburst: Complaints about The Marmite Collective. That matter remained unresolved. 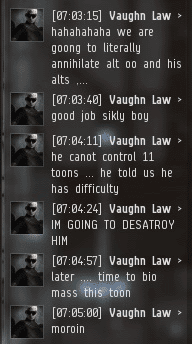 For three hours, Vaughn had ranted and raved in the alliance channel. At last, his work in CODE. was done. Vaughn went to sleep for the night. When he awoke, he began his campaign against Alt 00 in Nakugard. 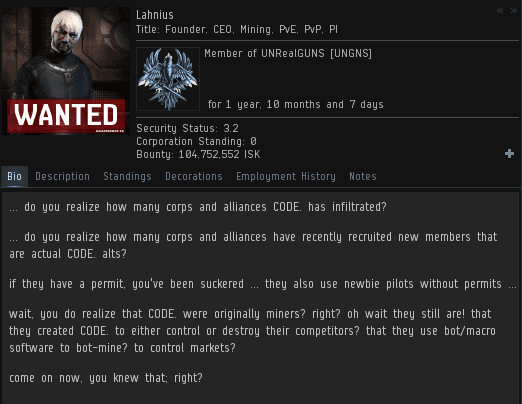 The anti-Code rebel no longer had any use for his ganker alt. From now on, CODE. would need to contend with the rebel's main character. Vaughn was out and Lahnius was in. 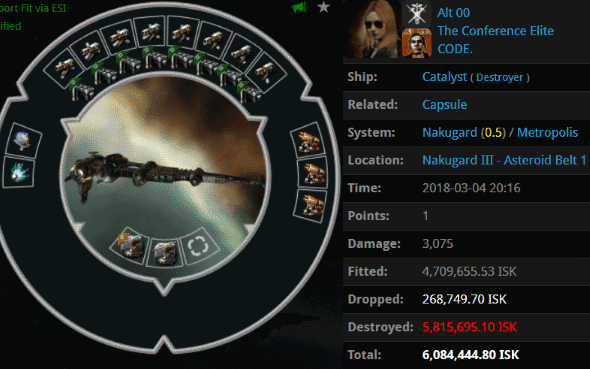 Lahnius struck against Alt 00's Catalyst while it was in the midst of a gank. He managed to take the destroyer down, along with its empty pod. However... 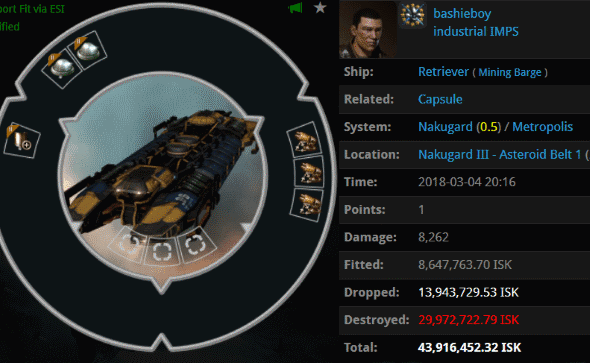 ...As always, the destruction of the Catalyst failed to prevent the gank. Lahnius would need to rethink his approach.

Alt 00 documented her encounters with Lahnius. She was unsure of how to present Lahnius' tears--until she remembered the Bayeux Tapestry. Pictured above is a zoomed-out version of Alt 00's tapestry. Later, we will see a properly viewable version. Until then, let us join Lahnius and Alt 00 as their epic tale unfolds. 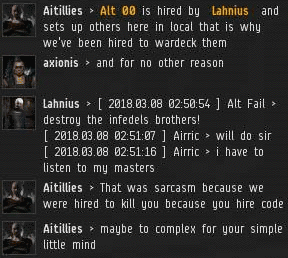 Lahnius denied the charges, but Failed Diplomacy was confident that its intel was solid. Defeating Alt 00 and CODE. might prove to be more difficult than Lahnius had imagined.