One of the many benefits of being a Code enforcer: Random people start handing you 10 million isk. 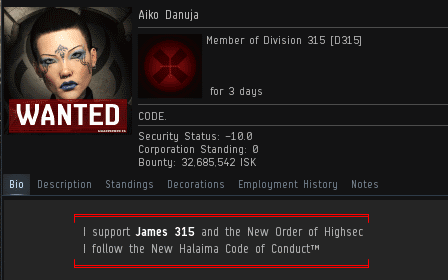 Agent Aiko Danuja was ganking miners and proclaiming the word of the Code when she was suddenly contacted by Overmind Niminen, who wanted to purchase a permit. 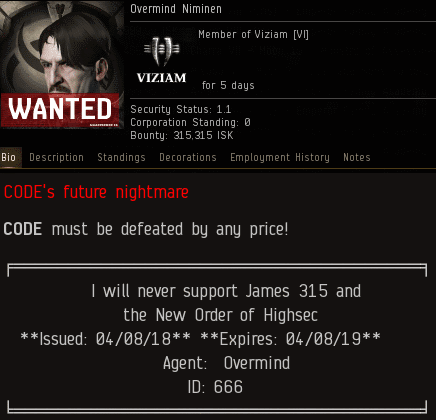 Overmind seemed an unlikely candidate for permit-holder. On many previous occasions, he'd made threats about driving the mighty CODE. alliance from highsec. And his bio contained a foul mockery of a mining permit. When someone like this buys a permit, our Agents will take their isk--but will also ask some probing questions.

It didn't take long for Overmind to drop some hints about his true motives.

Aiko cautioned the miner. The Code cannot be twisted; it is pure and good and cannot be used to facilitate bot-aspirant ends. 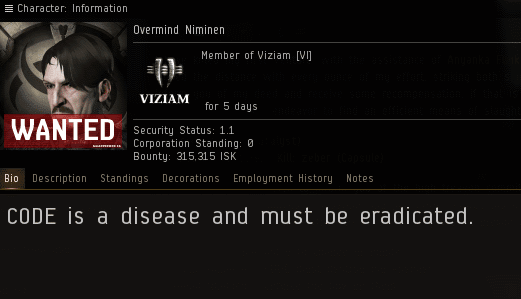 As always, our Agent's instincts were right on target. Within a day, Overmind lost faith in the Code and returned to his old ways--minus 10 million isk.

The anti-Code rebel turned his coat twice in the same day. The threats resumed.

Although Overmind didn't get the glorious opportunity to speak with me during his short time as a permit-holder, he felt he'd been let down by the Saviour of Highsec. Now there would be consequences.

Thus far, all Overmind had ever done was mine in highsec. Still, he was confident that he would've become an elite Agent--the elite of the elite. I guess we'll never know.

Overmind declared his willingness to suffer losses for his cause. Which was a good thing, because it seemed likely that he would. 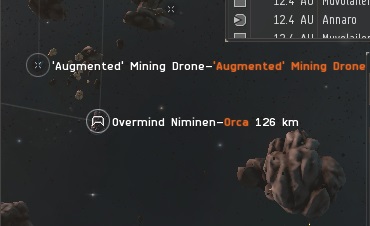 Our Agents discovered Overmind fighting the good fight in an asteroid belt.

The rebel wasn't AFK--at least, not at first. He warned one of our Agents not to try anything funny.

What did Overmind have in store for our heroes? 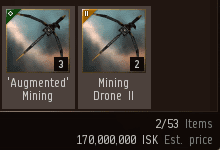 Some free drones, apparently. Our Agents confiscated 170 million isk in contraband from Overmind. And the resistance fighter was willing to lose more. 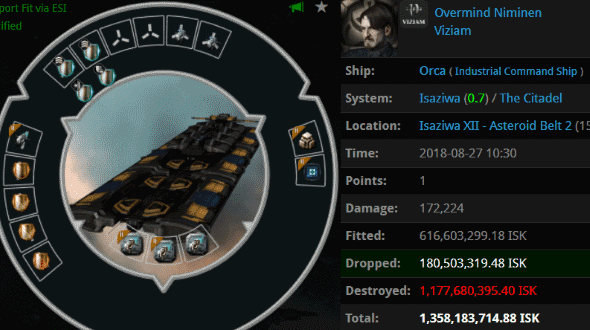 Later, Overmind ended up sacrificing his Orca. Agents of the New Order are willing to make sacrifices for what they believe in, too. In this case, however, our Agents didn't need to suicide any Catalysts to destroy the Orca...

...Overmind was doing just fine getting Orcas blown up all by himself. Any price to defeat CODE., right?
Posted by MinerBumping at 18:08