A Most Educational Channel, Part 1

Would you trust this face? 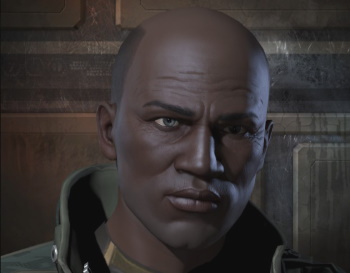 Of course you would. It's a very trustworthy face. 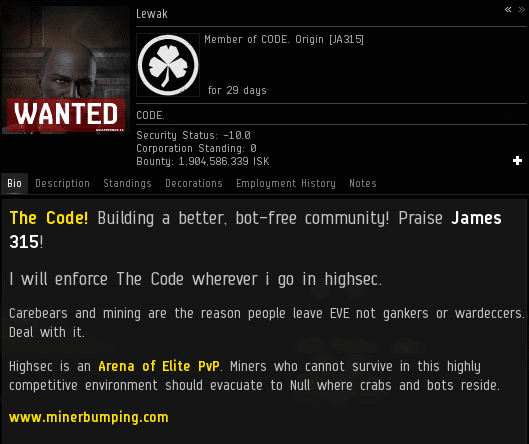 ...At least, that's as good an explanation as any for the way anti-Code rebels sometimes treat Agent Lewak. Despite his bio and his years of membership in various corps of the mighty CODE. alliance, Lewak routinely gets invited to join random anti-Code "intel" channels.

Lewak was minding his own business when he found himself invited to lepro incin's den of villainy. Our Agent immediately sized up the situation and went undercover.

During his covert operation, Lewak sought to test the miner's loyalty to highsec's legitimate government. It soon became obvious that the miner had none. In fact, lepro incin was a total traitor.

Eventually, Lewak's cover was burned--but not before our Agent had gathered valuable intel.

It wasn't long before our Agent discovered another nest of rebel activity. 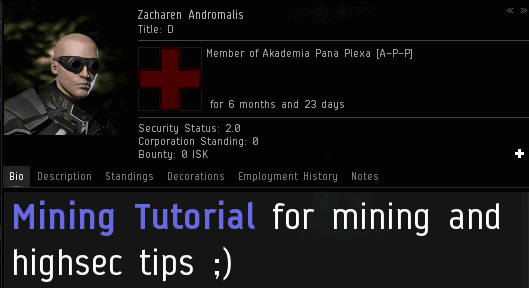 Anti-Code rebel Zacharen Andromalis created the misleadingly named "Mining Tutorial" channel so that he could indoctrinate his fellow miners against the Code. For whatever reason, Zacharen thought Lewak would be interested in joining the channel.

Zacharen realized his mistake more quickly than lepro incin had. However, our Agents are trained to take full advantage of whatever opportunities present themselves. Maybe there was some way for our hero to salvage the situation.

Lewak took a look around and saw that the "Mining Tutorial" business wasn't exactly booming. He perceived that Zacharen was struggling to make a go of it. He lent a sympathetic ear.

Zacharen confided in Lewak. Our Agents are insanely easy to talk to, by the way.

Zacharen had created the "Mining Tutorial" channel in order to warn miners against buying permits. Was it possible that a permit sale could take place right there, in that very channel?

To be continued...
Posted by MinerBumping at 06:02