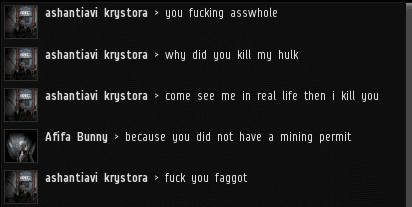 Highsec miner ashantiavi krystora lost her 2.2 billion isk Hulk--and her temper. ashantiavi's failures earned her a place on the most recent Kills of the Week post. 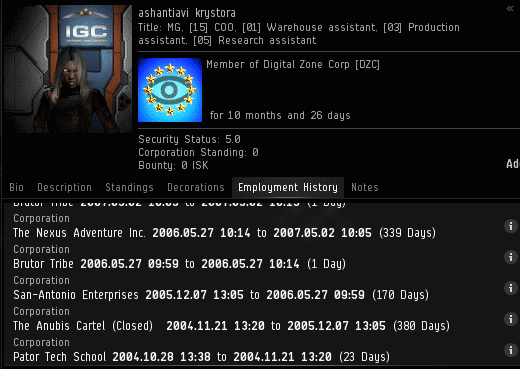 I promised we would learn more about this miner, and so we shall. To begin with, she has been playing EVE since 2004. 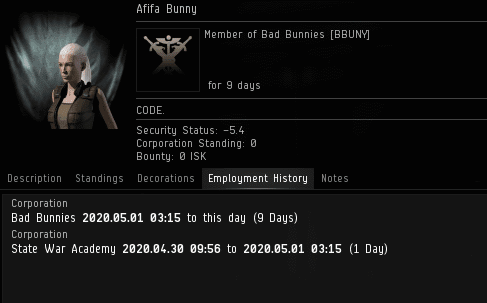 Of course, age isn't everything. ashantiavi was easily defeated in PvP by much younger characters.

The miner thirsted for revenge, and not necessarily in EVE.

ashantiavi wasn't afraid to speak her mind: She had a strong desire to commit murder in real life (in-game) because her blingy Hulk had been destroyed in a high security system.

Despite her many years in EVE, ashantiavi still labored under many false assumptions about the game. Our Agents have been educating miners about the dangers of highsec for a very long time, but somehow ashantiavi didn't hear about it.

A lot of miners in ashantiavi's position would falsely claim to be a new player or "new returning player", but not ashantiavi. In fact, she reveled in her longevity.

Since ashantiavi had been repeatedly violating the EULA in local chat, the decision was made to relocate to the more relaxed environment of a friendly Discord channel. Going by the name "balou", ashantiavi continued to pull rank.

ashantiavi preferred to conduct her reimbursement interview in writing, so our Agents accommodated her.

The miner was distressed by the widely held perception that she'd been AFK mining. She denied it. Of course, miners always somehow manage to get ganked during that narrow little window when they're looking away from the screen. Curse their bad luck!

Before the gank occurred, ashantiavi had been given the chance to prove she was at her keyboard by typing in local. Alas, ashantiavi rarely paid attention to local chat. She only used it for making post-gank death threats.

Regardless of ashantiavi's excuses, the Code was the Code. But this miner believed she was special--that the rules did not apply to her. She was about to discover how wrong she was.