The Plague of Nakugard, Part 5

Previously, on MinerBumping... Agent Alt 00 embarked on a mission to rescue the Nakugard system from its state of squalor. But her righteous campaign of Code enforcement was met with anger from some miners.

The latest emergency decree on MinerBumping had given Alt 00 sweeping authority to handle the crisis in Nakugard. She didn't hesitate to use it.

Some carebears complained that they were not "mining" at the time of their destruction. But the lockdown order that Alt 00 instituted was abundantly clear.

Alt 00 cleverly name-dropped the Saviour of Highsec in order to get Yua Tezuka to reveal her true intentions. 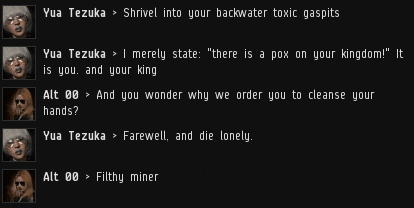 The poor behavior of the anti-Code faction did little to advance their cause. In any case, bot-aspirants never help each other. 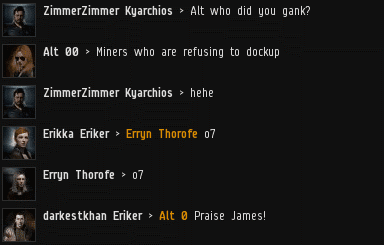 Despite the whining from a noisy minority, Alt 00's lockdown actually enjoyed broad support. Responsible citizens were happy to see our Agent cleaning up the system. 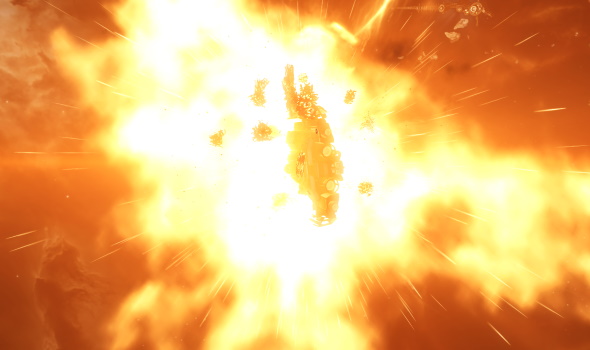 And it was a sight to behold, as always.

Miners and their enablers continued to die--with plenty of warning.

But no matter how much warning they received, it was never enough for the carebears. 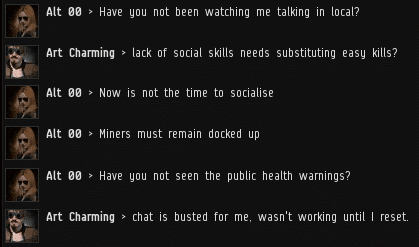 A bot-aspirant's priorities: They always have an excuse for not watching local chat, but they never pass up an opportunity to grind isk.

Isk-grubbing miners bristled under the new restrictions. Had they nothing better to do, though? Apparently PvE was the only reason they played EVE. 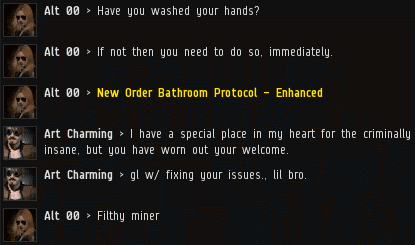 The grousing and grumbling did not discourage our Agent. In fact, she only expanded her activities further. 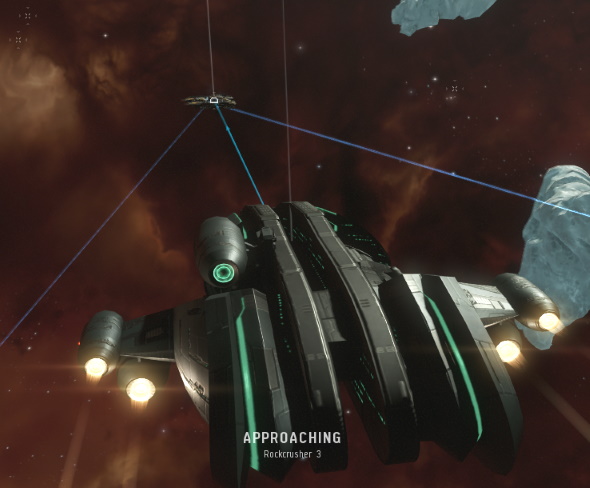 In addition to ganking, Alt 00 began to bump the miners when appropriate. Would that be enough to correct their selfish attitudes?