You know what this is. Grab Bag time.

Judging by the tearmails our Agents have been seeing lately, highsec miners have little interest in flattening the curve. Of course, the Goofuses still dream about people getting cancer. That will never change. 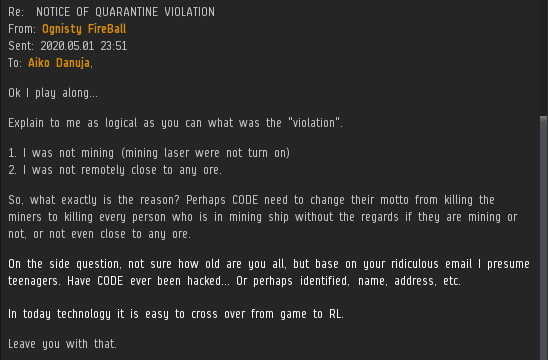 Cross over from game to RL in-game, you mean.

I believe this Russian miner is saying "But nobody ever warned me that I needed a permit!"

Violent Nurse is a Former Fan. According to her, our Agents were her heroes--despite the fact that she spent all of her time AFK autopiloting in anti-tanked haulers. I'd hate to see how she'd behave if her heroes were bot-aspirant carebears. 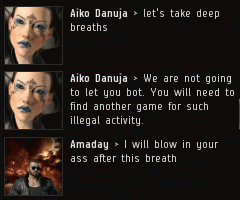 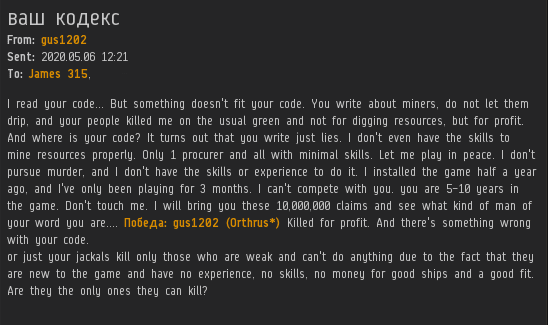 What's wrong with making a profit while doing something positive? Haven't you ever heard the expression "do well by doing good"? You should have--it's in that Code you claim to support. AHTI CICTEM was angry that Agent Ralliana was docked, but he didn't want her to undock, either. There's just no pleasing some people.

I have a strong suspicion that gankers make better parents than miners do.

No, people who shoot spaceships don't belong in prison or Call of Duty. They belong in a spaceship-shooting game. EVE Online, for instance. 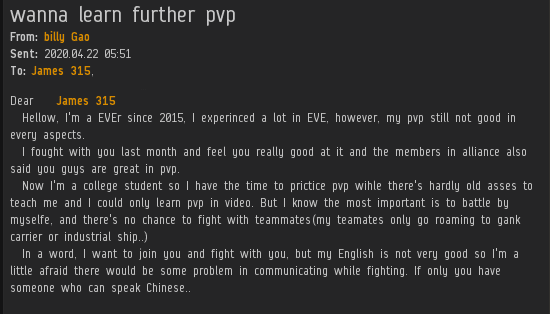 Why would you be worried about being bad at speaking English? Have you ever been to highsec before?

Skeptics sometimes ask how we intend to save highsec. We save highsec by saving the people of highsec. We're pretty good at it, too.
Posted by MinerBumping at 18:01