Dax Dixon was in a good mood--and good people benefited from it:

Aiko Danuja received 315 shares courtesy of Dax, enabling her to earn a Supreme Protector's Tip of the Hat™ by proxy for taking us past the 2,031 billion isk mark.

Dax's generosity paid off. But this is the New Order of Highsec we're talking about. Dax wasn't the only benefactor this week: 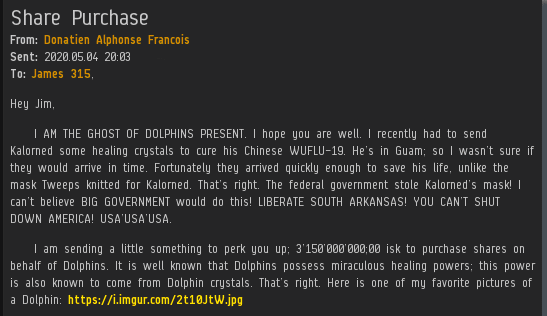 Everything is connected. Agent Donatien Alphonse Francois's love of dolphins turned out to have significant ramifications for highsec: His purchase of 3,150 shares on the dolphins' behalf took us past the 2,032, 2,033, and 2,034 billion isk marks and earned the friendly sea creatures a Triple Supreme Protector's Tip of the Hat™. 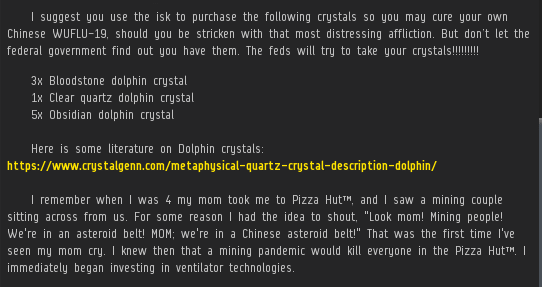 Not a bad investment strategy for a four year-old. But Donatien's financial savvy would only reach full bloom later, when he was old enough to play EVE and purchase shares of New Order stock. 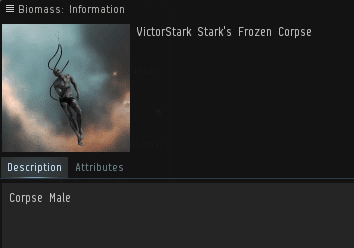 As if anyone needed more incentive to invest in the New Order! But they've got it.

Agent Krig Povelli recently assisted a Russian streamer in sharing some content worth streaming. Krig's contribution to the Twitch stream begins at around the 1:01:00 mark. 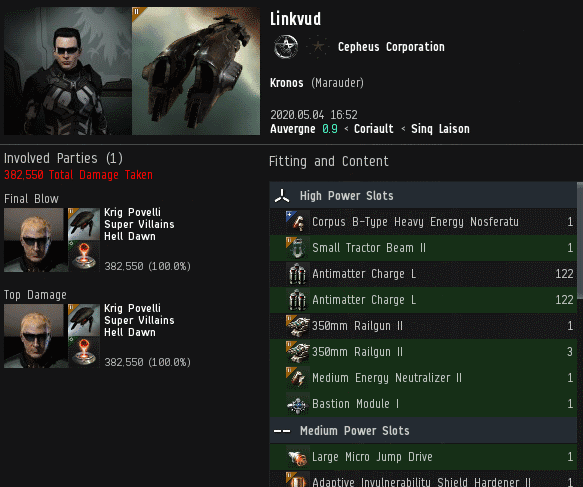 I don't think I'm spoiling anything in saying that our Agent killed the streamer, who lost a Kronos valued by zKillboard at 1.4 billion isk and a pod worth 376 million isk.

Much better publicity than a bunch of PvE, no?
Posted by MinerBumping at 18:00