Previously, on MinerBumping... aiva naali aka FighterJets GuitarSolo 1000Years and his loyal soldiers in the Imperium geared up for Operation Devil's Night. If successful, it could mean the beginning of the end for Pandemic Horde.

aiva eagerly awaited a response from Sort Dragon, upon whom everything hinged. Without him, the success of Devil's Night was doubtful. With him, it couldn't fail. 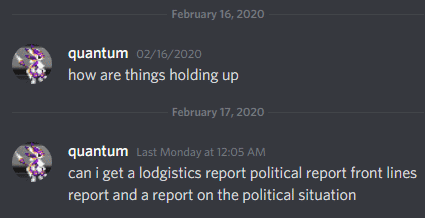 Days passed with no word from anyone--not even aiva's council. Had Sort Dragon sold out his allies? Again? 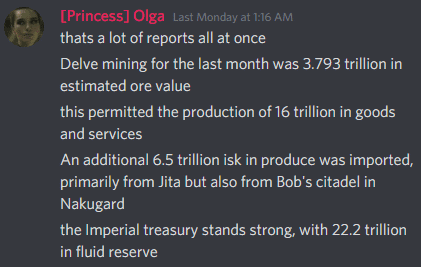 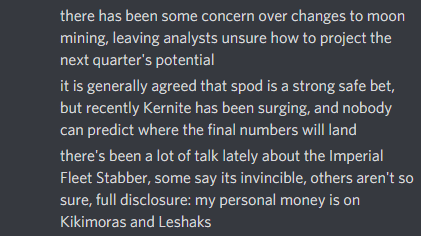 Ordinarily, aiva was the one who sent long messages. This time, he was on the receiving end. (My money's on the Stabber, btw.) 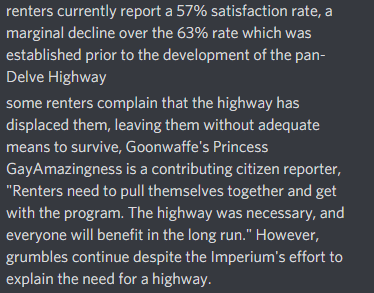 Earlier, aiva had been triggered by an anonymous commenter on MinerBumping who suggested Imperium renters were living in "ghettos". Obviously it was a sensitive subject for aiva. He would likely read his council's report on Imperium infrastructure with great interest. 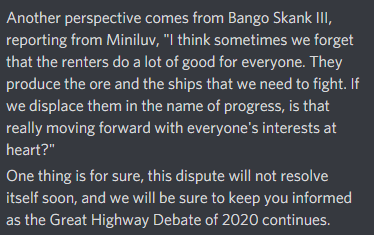 Finally, the report came to a conclusion. How would aiva react?

True to form, aiva's concern for the well-being of the renters shone through. 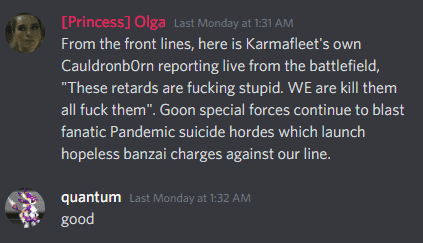 Nevertheless, PH was a persistent foe. Sometimes it felt like they would never be completely defeated, no matter how many battles aiva won. 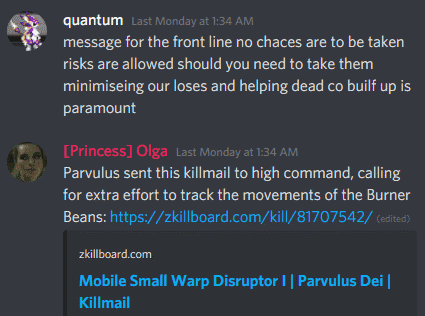 aiva's supercomputer of a brain analyzed the war situation and spat out new orders: Imperium forces were allowed to take risks but not chances. 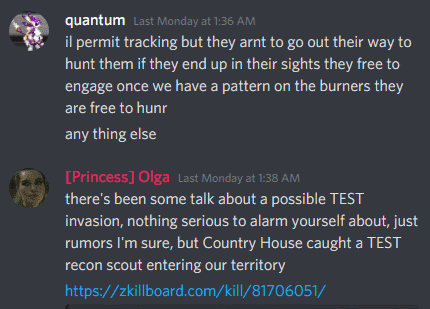 ...He could win them, sure, but he didn't like them. Hopefully Sort Dragon and TEST wouldn't spoil his plans.