Can you guess what happened here? 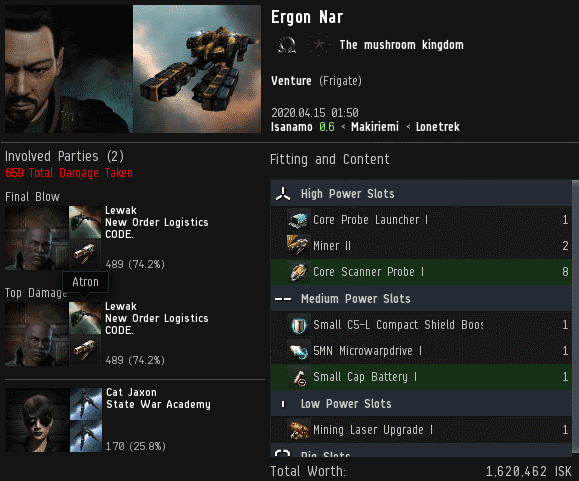 thicc boi2's "friend" was ganked while illegally mining in an unlicensed Venture. thicc hadn't been there to protect his comrade. Now he shed tears on his behalf.

Lewak was skeptical of thicc; our Agent knew that bot-aspirant miners are incapable of true friendship. So Lewak put thicc to the test--by telling him how to help his friend for real.

thicc found himself caught on the horns of a dilemma. He could protect his friend, but it would require thicc to open his wallet and sacrifice a small amount of isk.

A true friend wouldn't have hesitated to purchase a permit for the miner. Instead, thicc frantically scrambled to come up with excuses.

Agent Lewak had answered all of thicc's questions. In a desperate bid to avoid having to pay 10 million isk for his friend, thicc started screaming out of nowhere.

In fact, thicc wanted to torpedo the conversation. Unfortunately, he wasn't smooth enough to do so in a plausible manner. So he simply spazzed out.

On some level, thicc was angry with Lewak for being a ganker and a permit-seller. But thicc's anger was actually a cover for his greed and selfishness.

If I were that Venture pilot, I'd be looking for some new "friends". How can you count on someone who would sell you out for 10 million isk?