A great debate rages among the bot-aspirant carebears of highsec. There are those who, though they realize that the Code is right and just, are as yet too weak and feeble of will to embrace it. And then there are the carebears who adamantly deny the Code. Let us put the latter to the test: Upon a fair review of these kills from the week of April 26th @ 00:00 EVEtime through May 2nd @ 23:59 EVEtime, is it not clear that the laws of nature itself demand an alternative to being a Goofus? 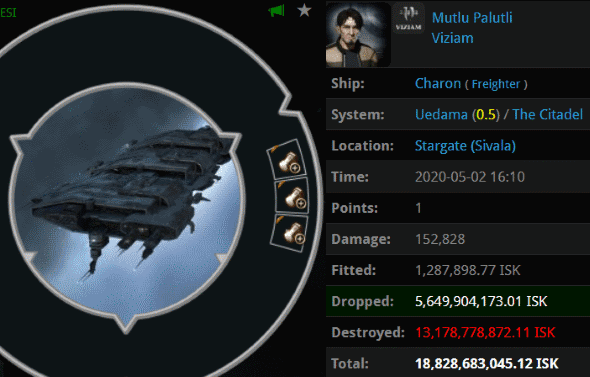 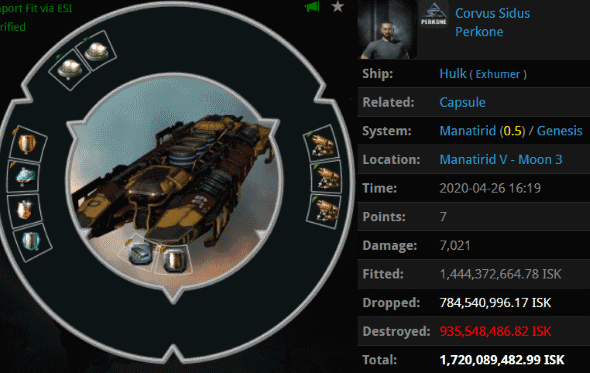 KILLMAIL
If at first you don't succeed, try something else! Corvus Sidus never learned this lesson--or anything else. Agents Pyro Regyri, Zane Arnolles, and Jana Grebb destroyed Corvus's 1.7 billion isk bling-Hulk and his 787 million isk pod. You'd think that would serve as a wake-up call even to the sleepiest of bot-aspirant miners. No, Corvus was too sleepy. Barely an hour later, Corvus resumed mining in the same system. He "downgraded" to a 760 million isk Mackinaw but splurged on 2.3 billion isk worth of implants--including a Michi's Excavation Augmentor. Naturally, our heroes returned to the system and took away Corvus's new stuff. 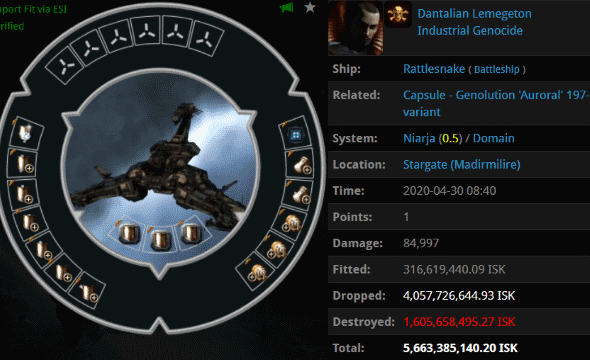 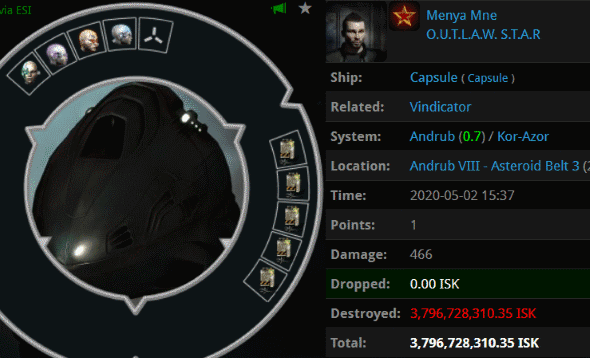 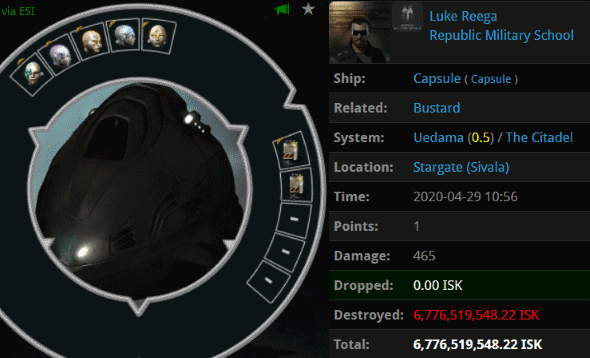 KILLMAIL
Have another pod, then! Luke Reega managed to lose implants worth 6.7 billion isk. When your pod is this expensive, it's only a matter of time before you get featured on a Kills of the Week post. Agent Australian Excellence and his Tax Collector friends ganked Luke's 3.8 billion isk Bustard, enabling Australian to get to the really good stuff.

Ah, an Ascendancy set. Perfect for when you need to hurry through your warps so that you can get back to slow-boating on autopilot. 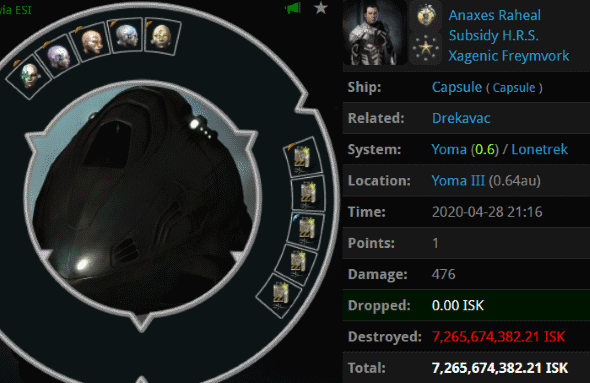 KILLMAIL
Anaxes Raheal's 7.2 billion isk pod lands on this week's KotW post with a thud. Anaxes was caught in a billion isk salvager Drekavac. He was either AFK or just plain groggy; Agent obgyn kANOBI had no trouble catching the carebear's pod. 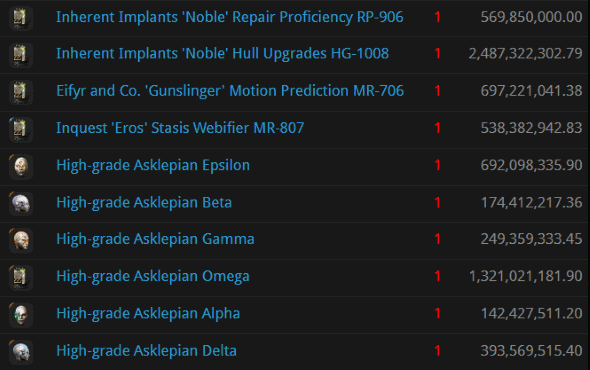 And so Anaxes was sent back to Jita. One can only hope that he will not repeat his mistakes. This time, friend, why not purchase a nice Catalyst instead? It would go great with a 10 million isk New Order mining permit.
Posted by MinerBumping at 20:02