Imagine if someone told you, "I want a video game that I can play without ever paying attention to it." You might dismiss that person as a bot-aspirant. But if he told you, "I think EVE Online is that game," then you'd know that he is a Code-violating Goofus. And you would know to look for his name on Kills of the Week posts. From the week of May 3rd @ 00:00 EVEtime through May 9th @ 23:59 EVEtime... But, in fact, that's only part of the story. You see, Sergio was using his freighter to carry out some courier contracts. In addition to losing the freighter itself, Sergio lost the value of the collateral on those contracts, which greatly exceeded the value of the cargo.

Sergio apologized to Bath Towel for failing his courier contract. Sergio had no idea that he was speaking to an Agent of the New Order--one who routinely makes a profit by setting up courier contracts to fail. 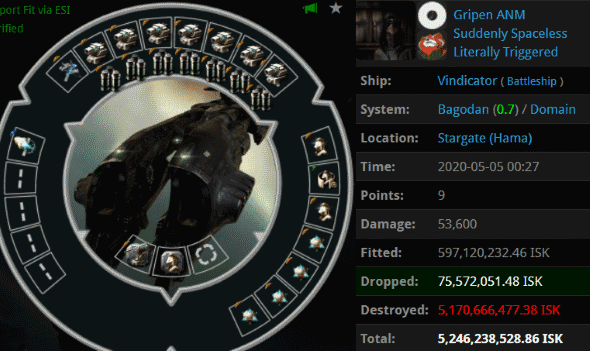 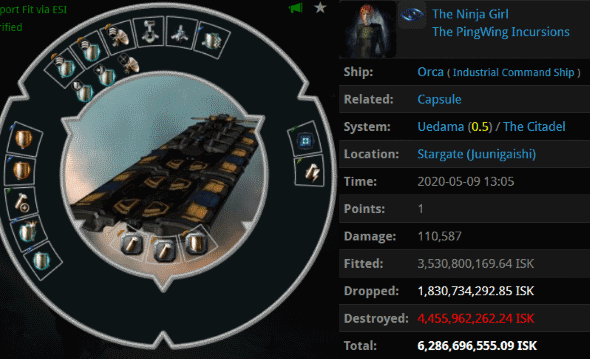 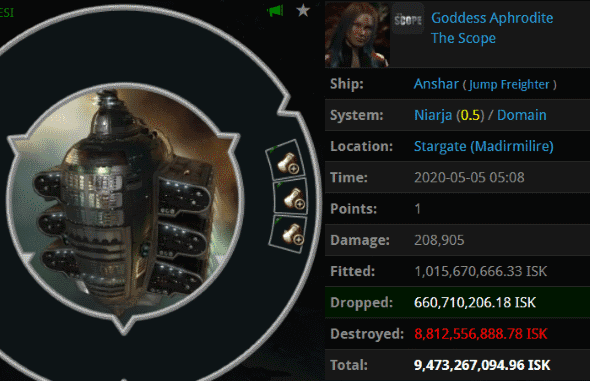 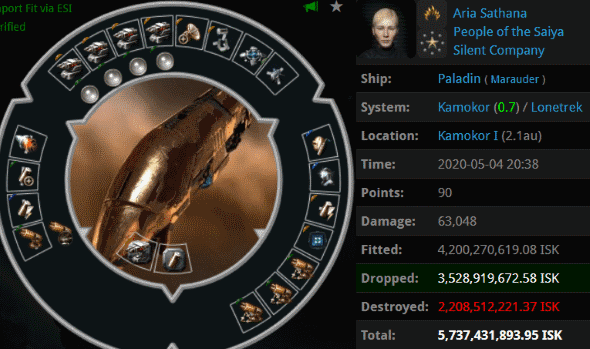 KILLMAIL
Aria Sathana was just your typical member of Silent Company alliance. She believed that isk wins battles, so she spent 5.7 billion isk on her Paladin. But then Aria got into a fight with Agent God Emperor Kane. Kane belongs to Belligerent Undesirables, an alliance with a rather different philosophy about EVE. Aria predictably lost the battle. The very next day, she lost a 2.8 billion isk Paladin to members of the mighty CODE. alliance. Obviously CODE. and Belligerent Undesirables are good, but we mustn't forget that Silent Company really sucks. 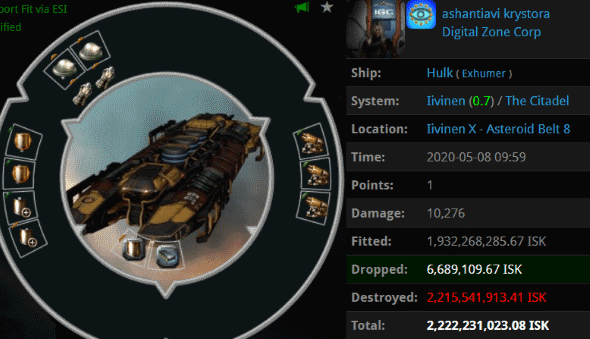 KILLMAIL
ashantiavi krystora was enjoying her 2.2 billion isk bling-Hulk when she was ganked by Agents Amora Bunny, Rafa Quinterro, Amelia Bunny, Ship Insurance Liberator, Alana Bunny, Ayda Bunny, and Afifa Bunny. Then ashantiavi opened her mouth. Do you suppose she made things better for herself, or worse? 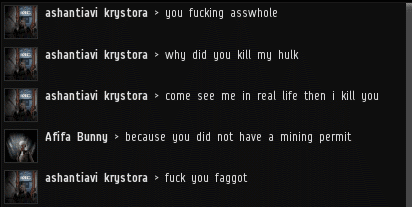 We'll learn more about ashantiavi later. Good guess, by the way.
Posted by MinerBumping at 20:01