You'd think that a Triglavian ship piloted by an Agent of the New Order would be an intimidating presence in any highsec asteroid belt or ice anomaly. And yet, time after time, miners choose to engage in combat with Krig's Ikitursa. They open fire on him! 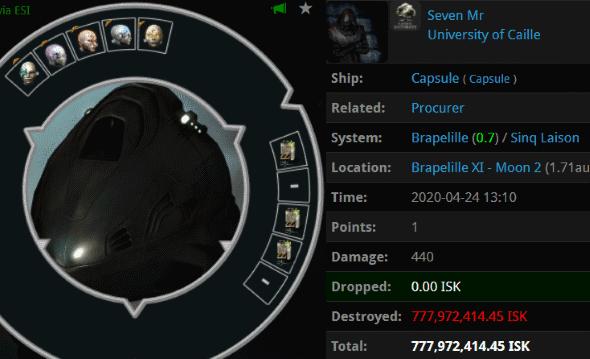 Appropriately enough, Seven Mr lost a pod worth 777 million isk. But the Procurer pilot wasn't alone in choosing to attack Krig's ship. He had a partner in crime. 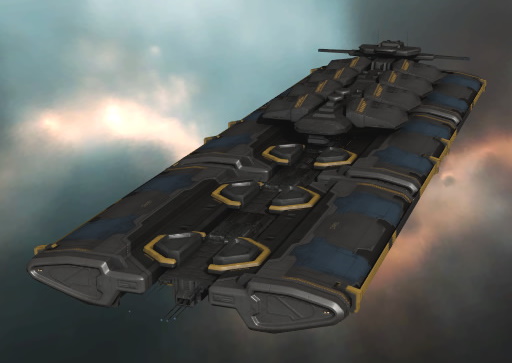 Since Agent Krig was in lawful combat with tracer Madullier's Orca, he had the option of tackling the miner's ship and negotiating with her. Krig hoped that he wouldn't need to kill the miner. But so far, it seemed like tracer was a total liar. 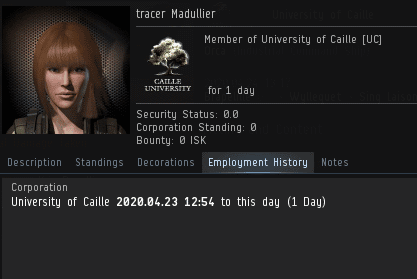 To Krig's amazement, the Orca pilot was indeed a "new player"!

Our Agent was unsettled by the notion of a one-day player in an Orca. Yet Krig's desire to peacefully resolve the situation overcame his misgivings.

Agent Krig felt that a 315 million isk ransom was fair. It was, after all, significantly less than the Orca was worth.

Tragically, the miner tried to scam our Agent. Krig would never quite look at her the same way again.

tracer claimed to have absolutely nothing but her Orca. One hundred percent of her wealth was tackled in that ice anomaly.

Krig felt he was still being scammed. Surely tracer had some other assets to her name? Our Agent knew, for instance, that tracer had used skill injectors. Maybe she still had some.

To put a little extra pressure on the miner, Krig began to whittle away at the helpless Orca's hitpoints. tracer urged him to stop. Would this be a turning point?

Krig Povelli sighed and continued to fire upon the Orca. Our Agents are the only ones who teach people how to play EVE these days.

The Orca began to lose structure hitpoints at an alarming rate. The clock was ticking. If tracer had any isk, the time to send it to Krig was now.

At last, the inevitable occurred. 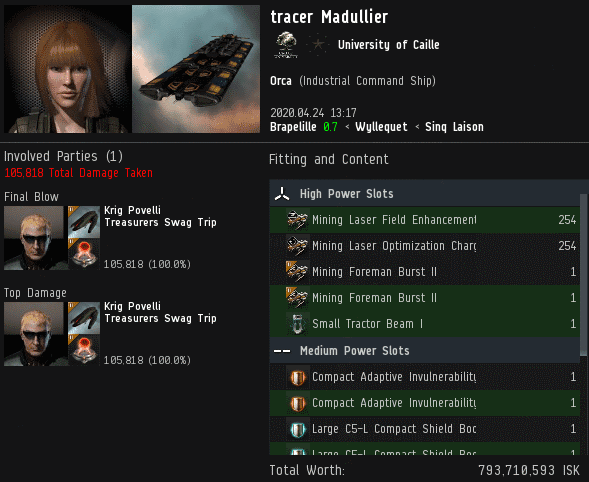 tracer bought an Orca on her first day in EVE and lost it the same day. She was like the mayfly of Orca pilots.