Defender of the Newbies, Part 1

As part of CCP's effort to retain new players, they long ago designated certain systems "rookie systems". In such places, newly created characters are allowed to mine and participate in tutorial missions without interference. But there was a problem: CCP failed to anticipate the greed and bot-aspirancy of veteran miners, who choose to mine in rookie systems and deprive newbies of ore. Will no one look out for the new players? Will no one defend their interests? 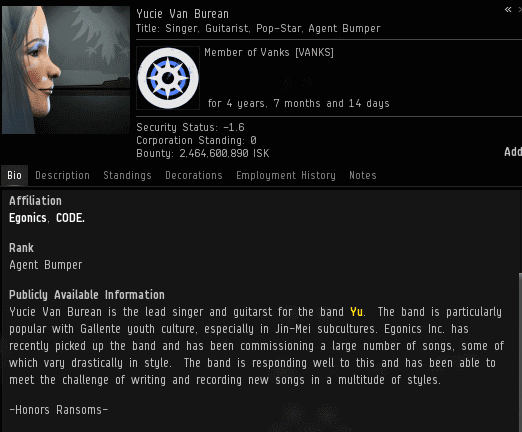 One day while patrolling the rookie systems, Agent Yucie came across a miner named Ads Ford. He was helping himself to some Veldspar. 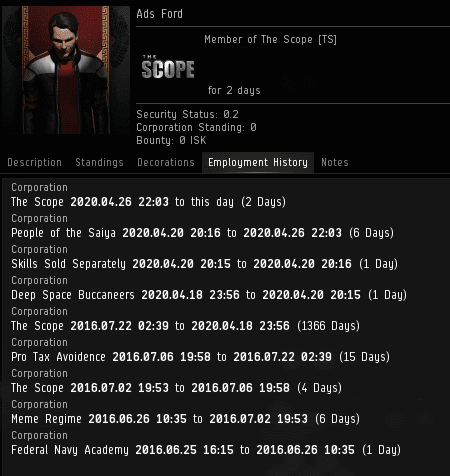 With nearly four years in the game, Ads was no newbie. So Yucie did exactly what you'd expect: She defended the rights of newbies by repeatedly bumping Ads out of the asteroid belt.

Yucie was a skilled bumper. Ads grew increasingly angry as he realized that a determined Agent had the ability to prevent him from mining.

Even though Yucie explained that Ads didn't belong in a rookie system, the miner refused to relocate. He obviously got some sort of pleasure from taking Veldspar designated for rookies.

From time to time, genuine newbies entered the system. They were lucky: They got a chance to witness EVE's endgame content!

Ads was too selfish to understand why Yucie would want to help another person. And he was at a loss to comprehend the Code.

From Ads' perspective, there was no point in playing EVE if he couldn't take Veldspar from newbies. What else was there to do in this game?

Ads was in anguish. Only Yucie's extraordinary compassion prevented her from calling the miner out for being bot-aspirant trash.

Ads had no alternative but to concede and surrender to the awesome power of a Code-inspired bumper. He wasn't as happy about it as he ought to be, though.

Agent Yucie had won a great victory. In a generous mood, she decided to share some of her insights with the miner. Would Ads finally calm down and embrace the wisdom of the Code?

Or would he do the other thing?