Previously, on MinerBumping... aiva naali aka FighterJets GuitarSolo 1000Years had grown accustomed to living a double life. To the outside world, he was the CEO of a one-member highsec mining corporation that couldn't recruit anyone. But that was merely his cover identity--his legend. 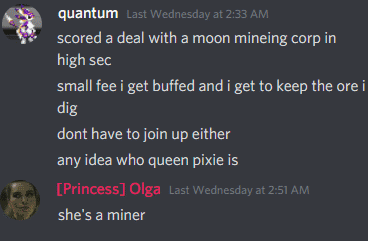 aiva bolstered his legend by paying local miners for the privilege of mining highsec ore. There was no indication that these were legitimate, New Order affiliated miners, though. 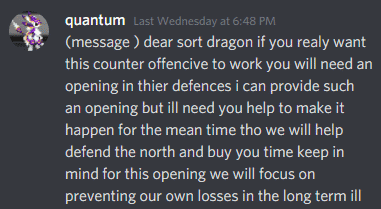 Then there was aiva's secret identity. His covert life was kept busy with little things like reshaping the entirety of nullsec.

aiva's council had succeeded in making contact with DeadCo leader Sort Dragon. aiva now had the green light to command Sort Dragon's forces in addition to those of the Imperium. aiva's orders were sent through an intermediary; he was merely identified as Agent Anvil of Goonswarm. (Technically speaking, aiva still had not been accepted into Goonswarm Federation, but this was no time for splitting hairs.)

After so many inconclusive campaigns, aiva looked forward to the final victory against Pandemic Horde. Details of the war plan often changed, but aiva always attacked from the rear. 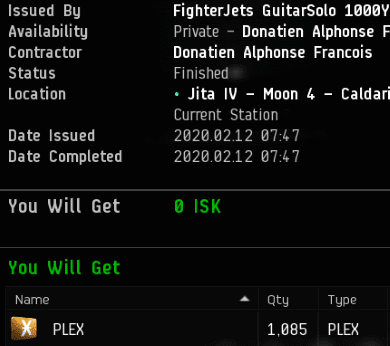 Despite aiva's prodigious mining efforts, Veldspar alone would not buy a directorship in Goonswarm. No matter--aiva always managed to draw upon some previously undisclosed cache of isk, PLEX, ships, or other assets.

Just as aiva was putting the finishing touches on Operation Devil's Night, a potential problem popped up.

Sort Dragon's forces would play more than an auxiliary role in ODN. In fact, aiva's entire plan relied on them. Hopefully Sort Dragon wouldn't revert to type and stab aiva in the back. 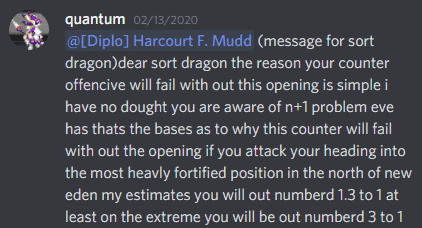 aiva was well aware that Sort Dragon might be tempted to sell him out and make a separate peace with Pandemic Horde. To prevent this, aiva would need to keep a close eye on Sort Dragon. Micromanage him, even. 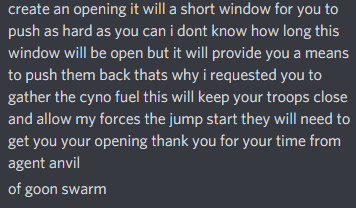 Nevertheless, working with Sort Dragon was a calculated risk. aiva had run all the numbers and decided it was worth the rewards. 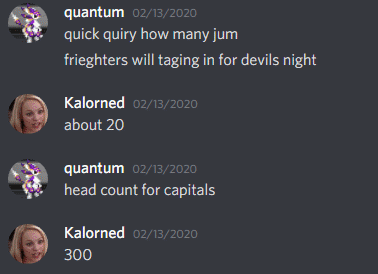 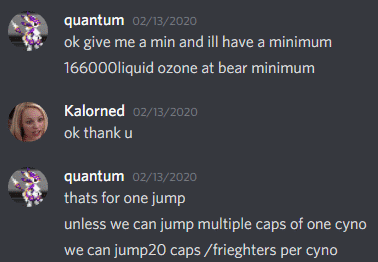 ...And no one was better at logistics than Agent Anvil.