In this busy, workaday world, sometimes it's difficult to make connections with people. Don't let yourself get too caught up with your plans. You have to learn to stop and smell the roses. 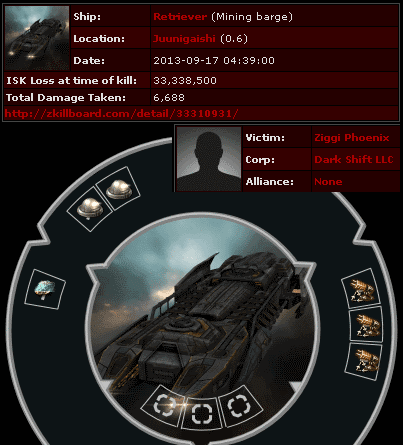 Agents xxBLACK SKULLxx 929 and Crazy Bill Ovaert gave Ziggi Phoenix some mandatory rose-smelling time when they found him mining in a Retriever with no tank and (worse) no permit. That's not a very good way to meet someone. Or is it?

Ziggi convoed xxBLACK. As you would expect, Ziggi, as a person in highsec, was already familiar with the New Order. He was even thinking about learning how to suicide gank. But he needed someone to push him in the right direction. When his mining ship was hit by antimatter, it was pushed in all directions at once.

xxBLACK took the opportunity to reach out to Ziggi. He saw something in Ziggi. Something Ziggi hadn't even seen in himself, yet.

Whether or not CCP considers us officially a "group of players", everyone in highsec can agree that you'll find no group of players more welcoming than the New Order. xxBLACK invited Ziggi to join his crew. 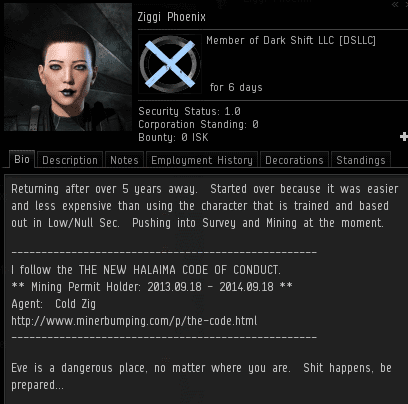 Meanwhile, Ziggi Phoenix got himself legal and began encouraging other miners in highsec to join the cause. If you've ever wondered why Agents of the Order are so friendly, look no further. Every miner we meet--with words or with violence--is just an Agent who hasn't been recruited yet.
Posted by MinerBumping at 20:17