Another week done, and more billions of carebears extinguished. Let's celebrate some of the extinguishments that occurred during the week of September 1st @ 00:00 EVEtime through September 7th @ 23:59 EVEtime. 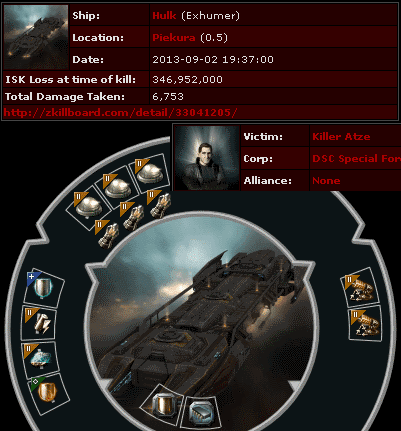 Killer Atze had a lot of trouble fitting his Hulk. Like most carebears, he had more isk than sense. Agent Gaylord Fappington brought things into a bit more balance by removing some of the isk from the equation, and hopefully introducing some sense. 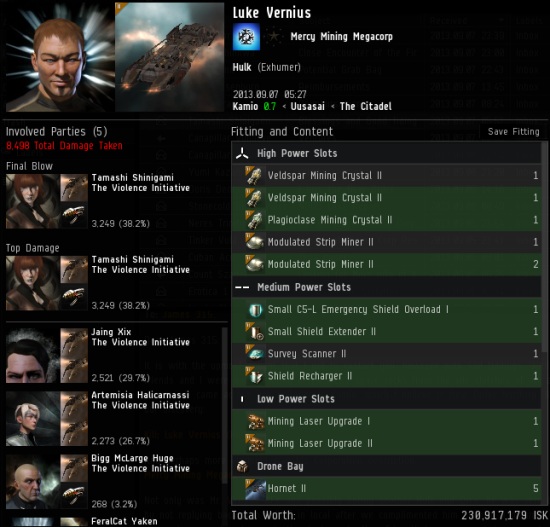 Why is the death of Luke Vernius's Hulk significant? Just look at the participants on the kill: Agents Tamashi Shinigami, Jaing Xix, Artemisia Halicarnassi, Bigg McLarge Huge, and FeralCat Yaken defied convention by attacking it with a bunch of destroyers: Coercers and an Algos. The New Order celebrates diversity in every way possible--diversity within the bounds of the Code, that is. 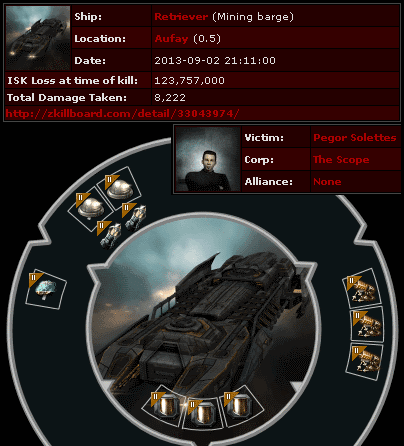 Pegor Solettes lost a 123 million isk Retriever. The price of said Retriever was inflated by three tech II shield rigs. Miners, it's good when you tank up your rigs. But you must also fill your lows and mids with tank mods. Otherwise Agents like Sara Arran will cut right through you. Obedience to the Code requires sacrifice, but it's so worth it. 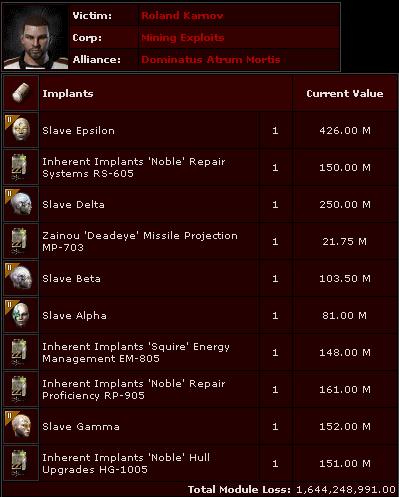 Roland Karnov lost 1.6 billion isk when his pod was destroyed. His corp, Mining Exploits, caught the attention of Agent Guybertini, who managed to snag the pod of the week. 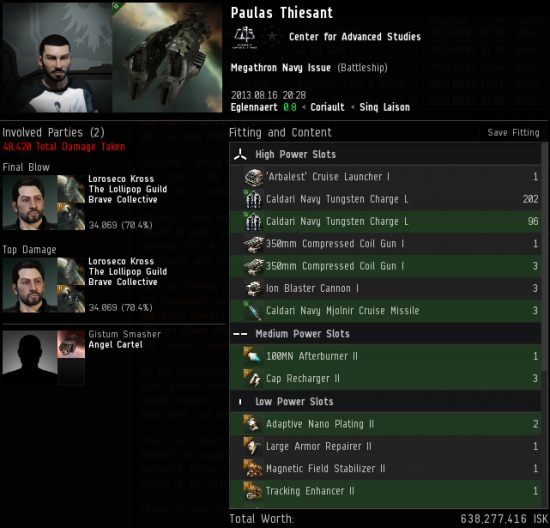 Agent Loroseco Kross recently informed me of the community outreach work he's been doing for mission-runners these days. Last month, Paulas Thiesant lost a 638 million isk Megathron Navy Issue. Loroseco baited the carebear into a duel. The carebear was flying a big, bad battleship, and Loroseco was only flying a cruiser--but a cruiser empowered by the Code. The outcome was as you would expect. According to the tradition of trial by combat, the carebear was found guilty of bot-aspirancy and promptly eliminated. 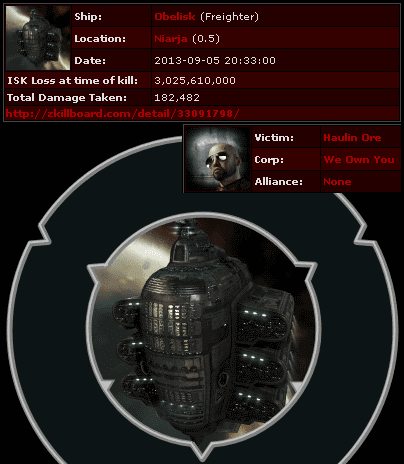 What have we here? Haulin Ore won't be haulin' ore no more thanks to Agent Stinkybum McPoopypants and a bunch of friends in the Confederation of xXPIZZAXx alliance. With Stinkybum representing New Order Logistics, how could they fail? They snagged a few other freighters that week, including this 10 billion isk freighter. But I highlight the Haulin Ore killmail because it puts another dagger into the myth that Skiffs can't be killed: Inside the cargo of the freighter was a shipment of 11 Skiffs. Boom! A billion and a half worth of future Code-violating ships were aborted, and a total of 3 billion in damages. Highsec's future got a little more hope that day.
Posted by MinerBumping at 20:38