We've got a lot of ground to cover this week, so let's get right to it. Here are some highlights from the week of September 22nd @ 00:00 EVEtime through September 28th @ 23:59 EVEtime. 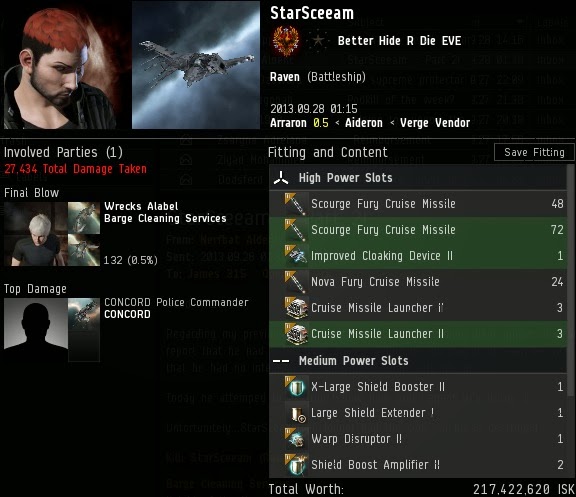 We'll hear more about the charming Mr. StarSceeam later on, but it's enough to say that he lost a tech II fitted Raven when he tried to attack Agent Wrecks Alabel's industrial ship. Agent CONCORD Police Commander was happy to assist with this kill. 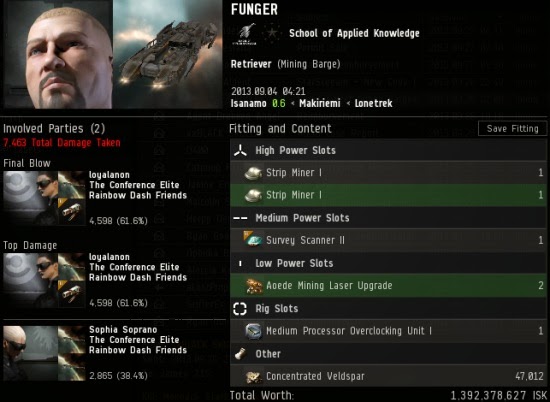 Earlier this month, FUNGER lost a Retriever worth a whopping 1.4 billion isk. Agents loyalanon and Sophia Soprano were responsible. loyalanon recently hooked up with the esteemed NEW ORDER DEATH DEALERS corp, and was happy to share some interesting kills from earlier this year: 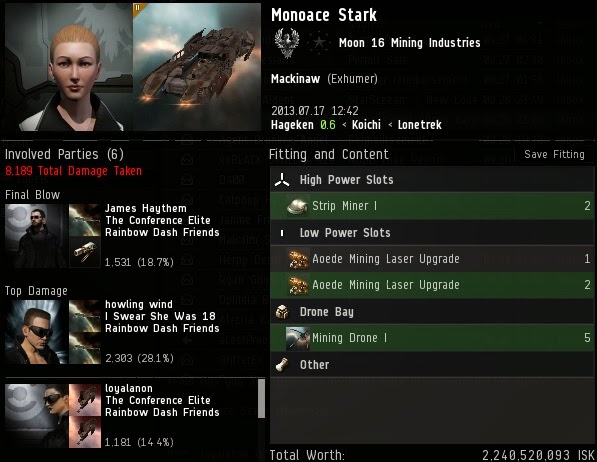 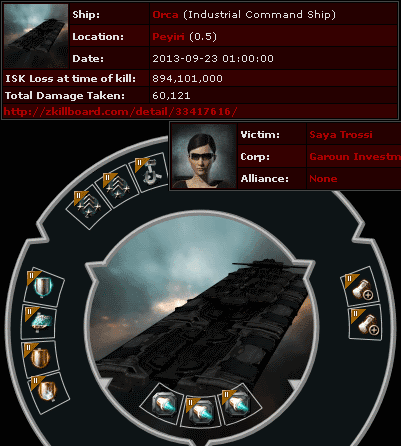 Saya Trossi reminded us why we love killing Orcas so much. She lost an 894 million isk Orca thanks to the courage of Agents Zane Arnolles, Dr Wiwwy, Lenda Shinhwa, xxBLACK SKULLxx 929, John XIII, Janine Frost, Agent 057, Krochglansin Sahkspier, Boarat Saagdiyev, Caldari Citizen80081355, and jipjipjip beepbop. The Orca had a few shield modules. That's fine, but you can't fool our Agents with that nonsense. This Orca was distinctly anti-tanked for maximum cargo space. It's 2013, people, get with it. 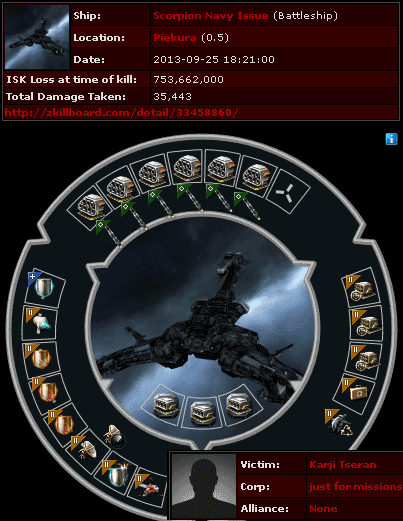 The Raven wasn't the only Caldari battleship inexplicably suicided by a carebear this past week. Karji Tseran lost a Scorpion Navy Issue worth 753 million isk after opening fire on Agent Inquisitor Reyalstob. Once more, Agent CONCORD Police Commander was on hand to instruct the carebear about aggression mechanics. Yikes. 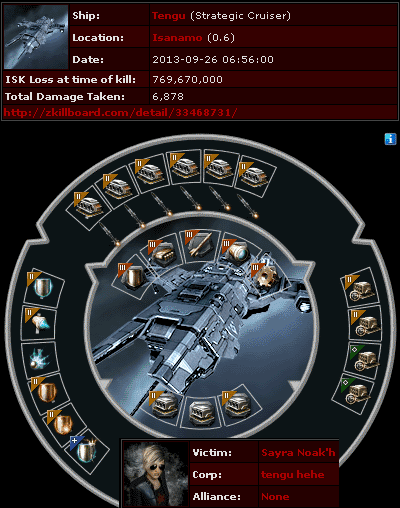 Sayra Noak'h of the tengu hehe corporation was spotted in my territory. Reportedly, she was conducting herself in a bot-aspirant manner. Despite Sayra's corp name, the New Order always gets the last laugh. Agents 412nv Yaken, Sophia Soprano, and loyalanon rode to the rescue and put her 769 million isk strategic cruiser down for good. That's one less Tengu to trouble the good citizens of highsec. 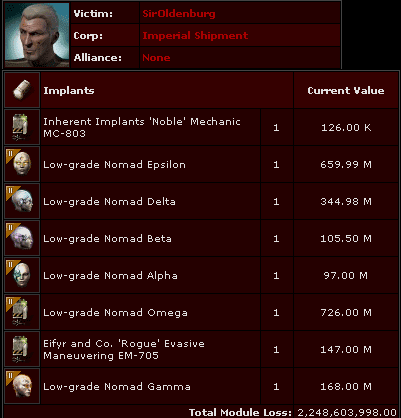 Carebears, hide your implants. Agent D400 is back in town and ready to enforce the Code. This week, SirOldenburg's pod was the most expensive sacrificed in the name of the law. Over 2.2 billion isk was lost. Most of the implants were Nomads. That's fitting. Without the Code, a highsec EVE player has nothing to ground him; he is adrift and without purpose. But those who follow the Code need not wander the face of empire space as nomads. They have a home in the New Order.
Posted by MinerBumping at 20:48