Agent Lenda Shinhwa has always enjoyed recording footage of dying carebears, but the last several days have seen a particularly large number of "dashcam" videos. These films provide fascinating insight into the daily lives of those dedicated to Code enforcement. Killmail links can be found in the YouTube video descriptions. 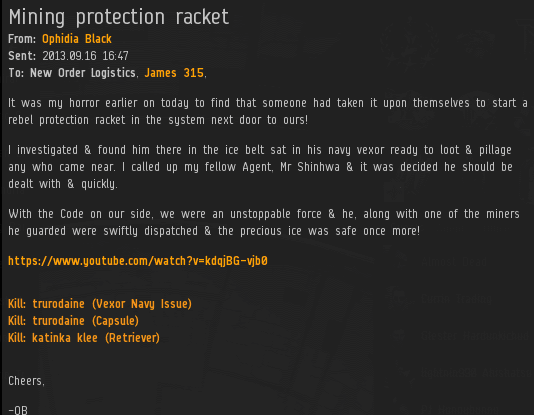 Misguided young rebels occasionally attempt to "protect" bad miners. In doing so, they only put themselves in the crosshairs. 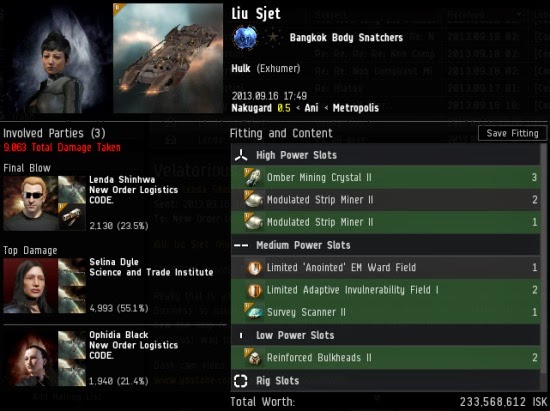 Look closely at the ships flown by the Agents in this killmail. There's a Catalyst, but also a pair of rookie ships. An economical kill! The video is aptly named: 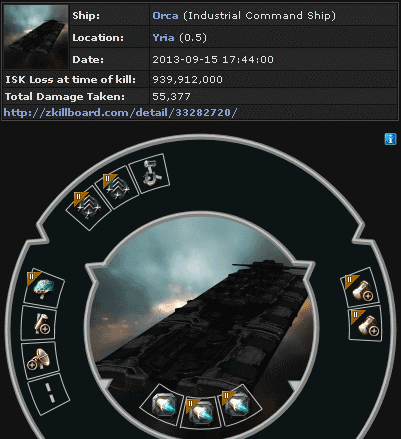 Don't be surprised to see some of these kills reappear in the Kills of the Week post. Saving the best for last, check out this Orca hunt video.

In the immortal words of Agent Galaxy Chicken, "You violate the Code, be prepared to explode."

As always, permanent links to New Order artwork (including videos) may be found on the Links page.
Posted by MinerBumping at 17:47