The New Order is a gift to highsec. It's also a gift that gives gifts. Each day, Knights of the Order give Code-violators the gift of a shiny new lossmail. Let's have a look at some of the gifts given during the week of September 8th @ 00:00 EVEtime through September 14th @ 23:59 EVEtime. 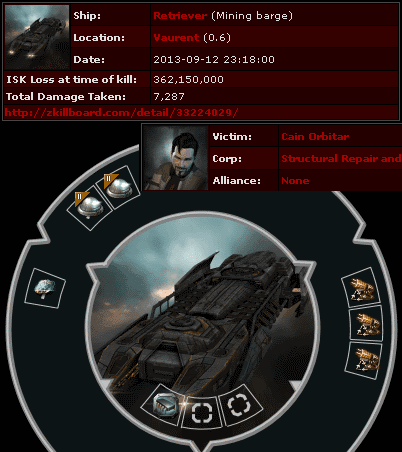 Cain Orbitar lost a 362 million isk Retriever. Agent Janine Frost gently reminded him that there's no such thing as isk-tanking. Permit-tanking, yes, but not isk-tanking. 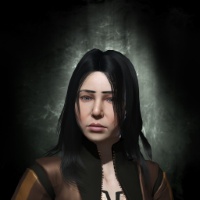 OK, let's talk about Baunty Brown. She's a bot-aspirant, as you might expect. Agent MotherSammy discovered her mining illegally, so she killed her Retriever. Baunty got another Retriever and went right back into the asteroid belt. So MotherSammy killed her again. Annoyed by the ganks, Baunty Brown heeded the advice of some rebels, who told her that it's 100% safe to mine in a Skiff or Procurer... 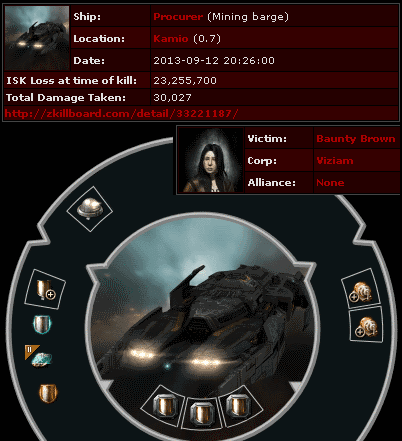 Yeah, not so much. MotherSammy somehow applied 30,000 raw damage points to the Procurer and blew it up. I'm not sure exactly how this happened (no wardec was involved). Maybe Baunty needs someone to teach her about aggression mechanics. Better yet, how about giving her a copy of the Code? 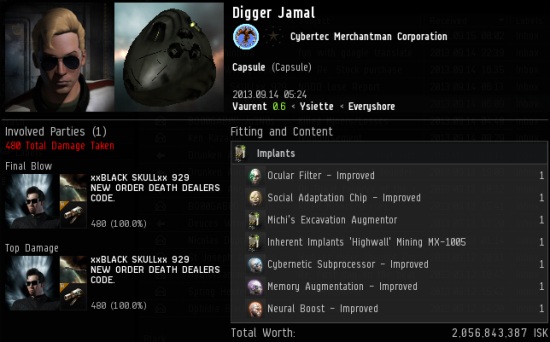 Agent xxBLACK SKULLxx 929, leader of the NEW ORDER DEATH DEALERS, took it upon himself to hunt pods while Agent D400 is away. Assistance from Agents Luck Of-The-Irish, Zane Arnolles, Crazy Bill Ovaert, Aronious Maximus, and jukarua removed a miner's Mackinaw shell, and then xxBLACK SKULLxx 929 popped Digger Jamal's 2 billion isk pod. Protip, Digger: If you plug in a Michi's Excavation Augmentor, the only thing you're "digging" is your own grave. 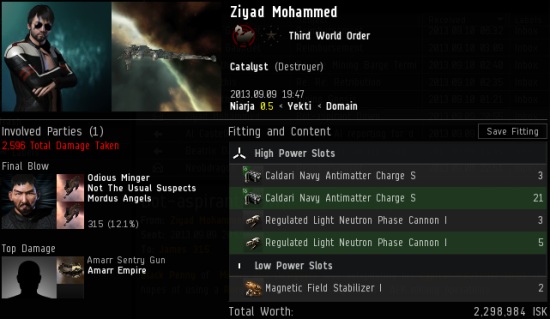 What's this? Agent Ziyad Mohammed lost his Catalyst to a random interloper and a sentry gun. But why are we featuring this loss, when it came from one of our own? This would be just another write-off, a gank ship sacrificed freely in the name of the Code, except for one thing. Note the damage inflicted by the Thrasher on the killmail: 315 points. This changed everything... 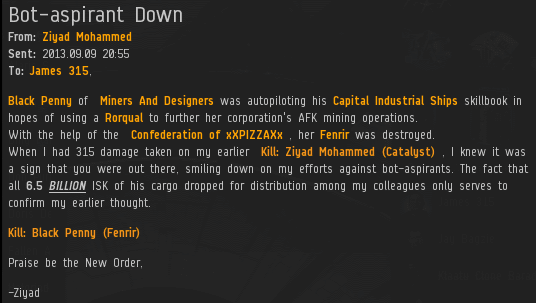 When Ziyad saw the 315 damage points, he knew he possessed the power of the Code: 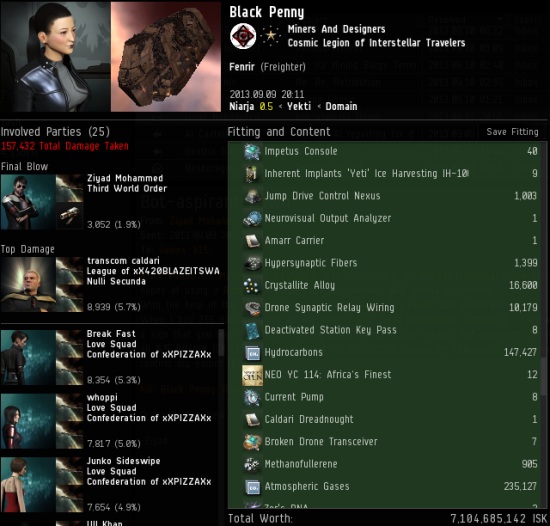 KABOOM! Less than half an hour later, Agent Ziyad Mohammed, along with friends from the Confederation of xXPIZZAXx alliance, killed Black Penny's Fenrir. It cost her a total of 7.1 billion isk. The Eve-Kill.net killmail only shows two containers; the in-game killmail shows the contents of the containers. Since everything was in the containers, and because they dropped, all of the freighter's billions worth of loot rained forth.

Miners, keep this kill in mind the next time you feel tempted to violate the Code. You're not just fighting our Agents--you're fighting destiny. Good luck with that.
Posted by MinerBumping at 18:32