The Greatest Solo PvPer Ever?

D400. A name that sends a shudder through the quivering, craven masses of carebeardom. 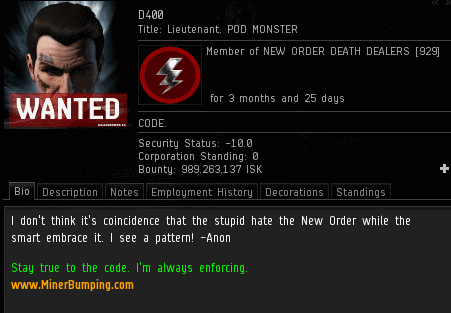 Those who read MinerBumping's "Kills of the Week" posts with regularity are no stranger to Agent D400's heroism. He's an expert at sniffing out expensive implants in Code-violators' pods. Of course, he doesn't just sniff them out--he kills them. But even MinerBumping readers may not be aware of the full extent of D400's courageous deeds. 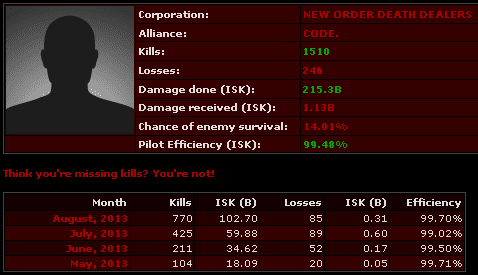 In just a few months, D400 has made his mark in the world of EVE combat. This is his personal Eve-Kill.net killboard. In August alone, he scored 770 kills and inflicted 102 billion isk in damage against the carebears. And nearly all of that was done solo.

Above, a snippit of just part of one of D400's days. All those 1's next to the purple squares represent solo kills. Day after day, hour after hour, D400 racks up kills against the bot-aspirants. He's slowed down only by the 15-minute aggression timer that keeps highsec gankers in station between kills. That, and the fact that even D400 has to sleep each night. For a while. Some might say he's even more of a machine than the bots and bot-aspirants he kills. But what makes D400's reign of mercy so impressive is that it was done by a flesh-and-blood human being, one with more soul than all the carebears combined.

A handful of his kills involve the assistance of other Agents, but the vast majority of his killboard is comprised of solo kills. In August, he inflicted considerably more damage all by himself than many "elite" nullsec PvP alliances with hundreds of members do, total. 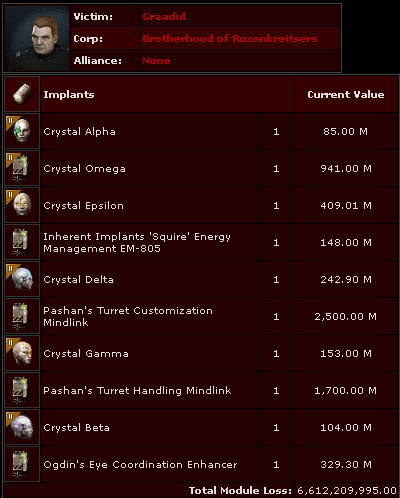 How does he do it? Well, he kills carebear pods like this one, with a value of over 8 billion isk on the in-game killmail. D400 loves podding the enemies of the New Order. He podded a whopping 399 bot-aspirants during August alone. 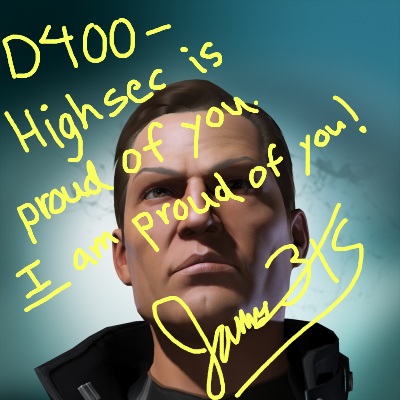 At nearly 100 billion isk in a single month, it's likely that D400 broke all records for solo PvP by anyone, anywhere, at any time in EVE's history. This fact may make certain people in certain corners of the EVE galaxy wince with disapproval. D400 won't be featured in an official EVE "community spotlight" or be given a favorable mention at the CCP company Christmas party. But the Agents of the New Order of Highsec know the difference between right and wrong. And they know a legend when they see one. D400, you have the thanks of all good men and women in highsec today. Please accept this autographed portrait of me. You've earned it.
Posted by MinerBumping at 21:35