Does CCP Enforce Rules Against Impersonation?

Much buzz has been buzzed about CCP's new anti-impersonation policies, which have been expanded to outlaw pretending to be a member of a "group of players". Later, I'll offer my thoughts about CCP's new policy. Today, I'd like to take you on a brief tour of the world of character impersonation in EVE.

Longtime readers of MinerBumping may recall that I have, on occasion, been the target of impersonation attempts, such as these:

Both James3l5 and Jemes 315 are phonies. Neither of them can save highsec. The EULA does not permit players to impersonate other players. CCP doesn't want people to do things like substitute a "1" in a character's name with a lower-case "L" and pass themselves off as someone else. But is this rule enforced? Let's find out! 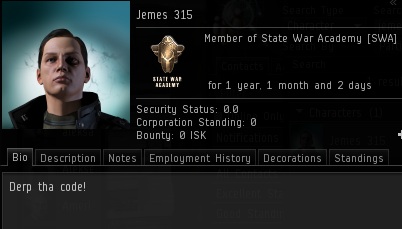 Jemes 315 is still alive and kicking, but James3l5 is gone. CCP may have deleted the latter offender, or the person who created that character may have biomassed it. On the other hand, perhaps Jemes 315 is considered an acceptable "parody" character. 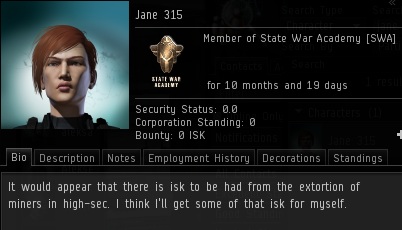 Take, for instance, Jane 315. Presumably no one would fall for this, as it's satire. Where do we draw the line? Here are some other examples, all of whom have escaped deletion at the hands of CCP: 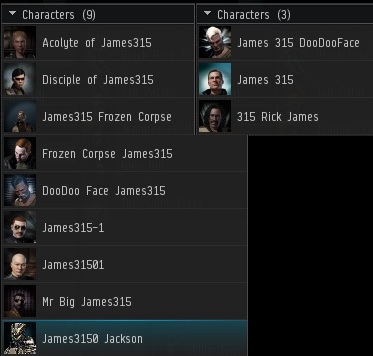 Included among these is the genuine article, James 315. The rest of the names reference the original, but are any of them breaking the rules? 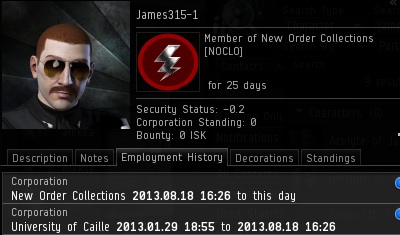 James315-1: An impostor, or an Agent of the New Order? You decide. (Actually, CCP decides.) 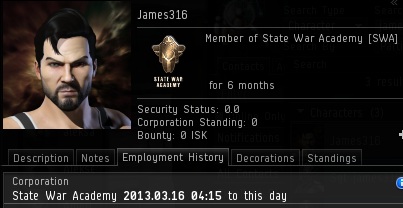 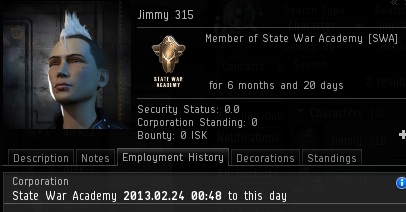 Other character names have merely been inspired by mine, but are different enough to escape the "impersonation" policy. Now let's see how CCP handles a genuine case of impersonation: 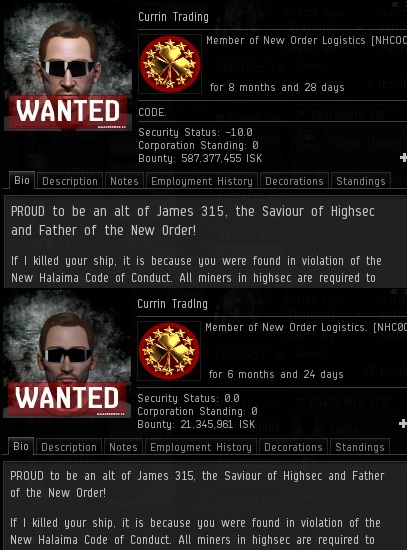 This is a pretty clear-cut case. Currin Tradlng went so far as to create a corporation to help him personate my alt, Currin Trading. Mr. "Tradlng" and the fake corp are still active. 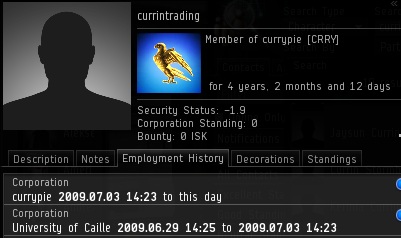 Newer EVE players might not know that Currin Trading was notorious as a scammer, years ago. currintrading was created to impersonate him four years ago, and is still going strong. 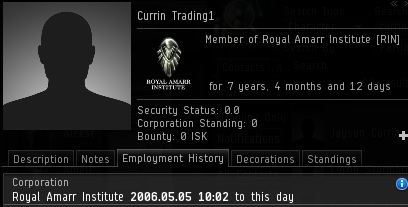 ...And when the Currin Trading scam was active, way back in 2006, Currin Trading1 registered a similar name, in the hopes of siphoning off investors. Over seven years later, he has yet to feel the sting of the banhammer. 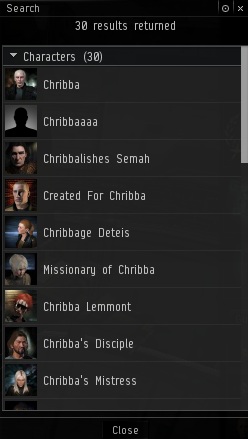 A character search for Chribba, one of the most famous EVE players, returns 30 results. Many of them, obviously, would never be mistaken for the real thing.

But more clever impersonators, such as Chrlbba, are treated no differently. Four years and counting, but the ever-watchful eyes of CCP have yet to catch on to his trickery.

No study of EVE impersonations would be complete without a search for The Mittani, EVE's most famous player.

Don't forget to add the "The" in front of his name, or else you'll get quite a few misleading results. 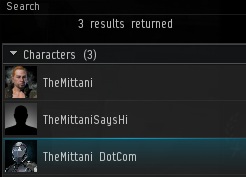 Nor should you neglect the space between "The" and "Mittani". 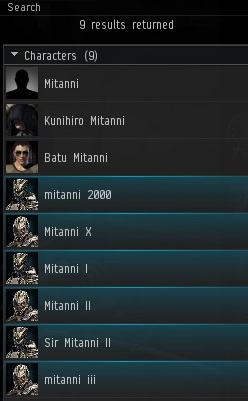 The alternate spelling, with one "t" and two "n"s instead of the other way around, is of even less help. Dust 514 players, it seems, prefer this spelling. 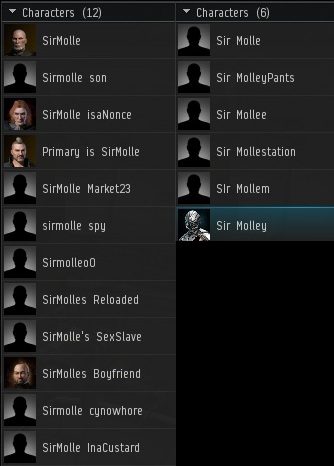 Once-famous players like SirMolle, who used to be the most influential player in nullsec, live on through their impersonators. 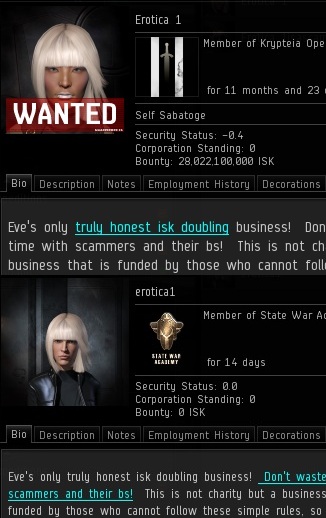 How deep does the rabbit hole go? Erotica 1, celebrated isk-doubler and the New Order's largest shareholder, has a doppelgänger of her own, erotica1. The phony is a new player, reflecting Erotica 1's recent rise to prominence. Will erotica1 be deleted for violating the EULA, or will she join the ranks of her fellow impostors, who have grown old in peace?

It seems that impersonation is quite a common practice, and that it's not at the top of CCP's list of concerns. After reading this post, you might become curious: Is someone impersonating you, dear reader?
Posted by MinerBumping at 19:54