There's no time to waste, people. The protection of highsec is always urgent business. Let's take a look at some of the business conducted during the week of September 15th @ 00:00 EVEtime through September 21st @ 23:59 EVEtime. 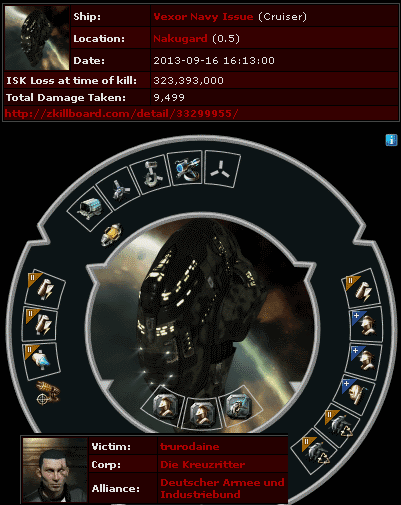 trurodaine lost a Vexor Navy Issue worth nearly a third of a billion isk. He was attempting to protect some rebel miners, but Agents Lenda Shinhwa and Ophidia Black showed him that he was the one in need of protection. You can even watch the video of this kill! 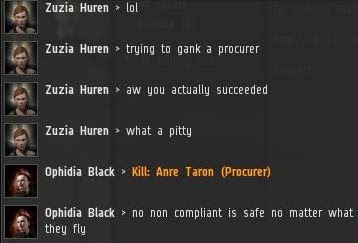 Agents of the New Order are just as skilled at busting myths as they are at busting punks. Contrary to the propaganda you sometimes hear, Procurers are dying at a pretty good clip these days. 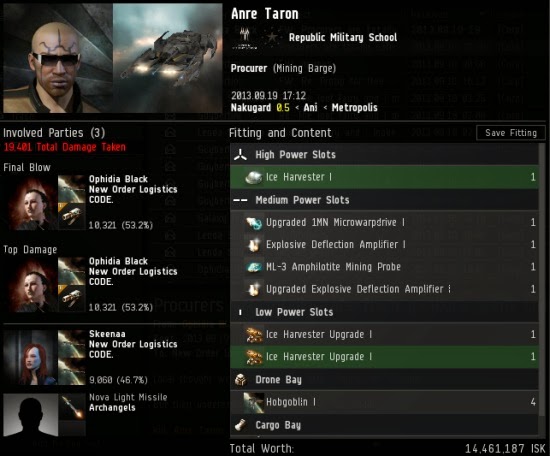 Anre Taron was the latest to learn this lesson, provided by Agents Ophidia Black and Skeenaa. Buying a mining permit isn't just a good idea--it's the law. 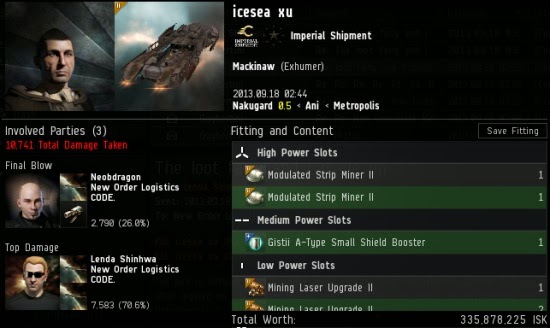 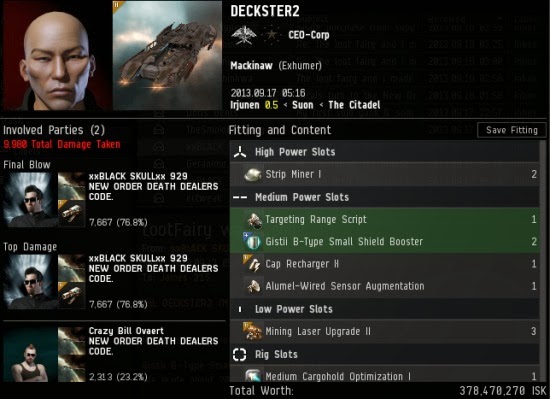 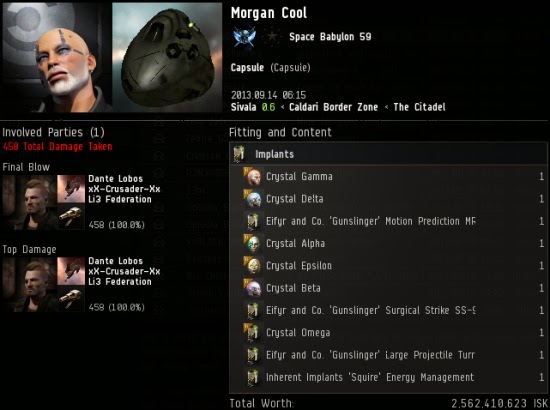 It was a light week for pods, but Agent Dante Lobos forwarded this fine kill just before the week began. Morgan Cool lost 2.5 billion isk in implants while autopiloting around highsec without a permit. I'm not sure the crystal implants boosted the pod's shields enough to be worth it. 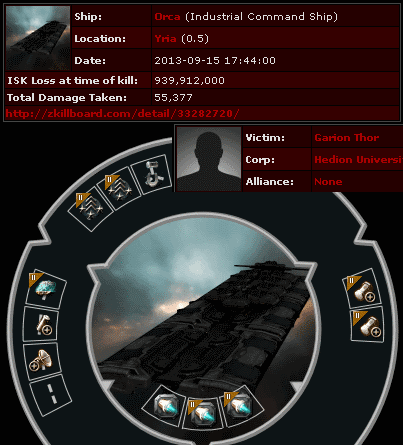 'Twas a big week for Orca kills. Several of the monstrosities were felled this week, and none with a worse fit than Garion Thor's 939 million isk folly. Agents DeepBlueMax, Lenda Shinhwa, John XIII, Jameson2011, Capt Starfox, xxBLACK SKULLxx 929, Zane Arnolles, Varg Cendraven, jukarua, and Crazy Bill Ovaert demonstrated the triumph of the human spirit over the bot-aspirancy of carebeardom. If you haven't had your fill, you can view some other fine Orca kills: Orca 1, Orca 2, and Orca 3.

Still not satisfied? You can watch videos of two of the Orca kills here.

As for the illegal miners out there, you have no excuse for operating in highsec without a permit. Get right with the Code, or you might just end up on the next Kills of the Week post. Don't wait. Do it now.
Posted by MinerBumping at 02:13