Highsec has changed, and for the better. More people are tanking up, fewer are autopiloting. However, our goal is not to improve highsec; we want to perfect it. Despite the progress we've made, too many bot-aspirants are falling behind. Now it's time for our Agents to push highsec to its limits, teaching the carebears that they have it within themselves to become true EVE players. Let's see how they did! The following are some examples of the motivation and training supplied by our Agents during the week of July 26th @ 00:00 EVEtime through August 1st @ 23:59 EVEtime. 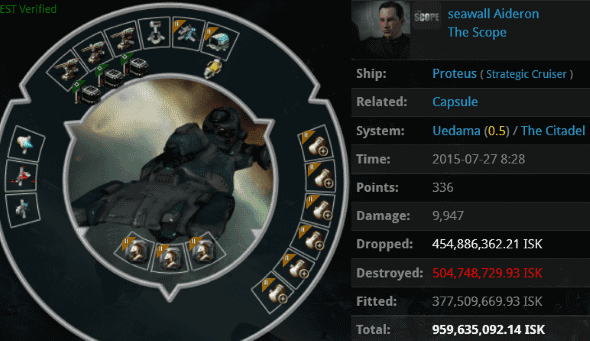 seawall Aideron had a Proteus, a ship perfectly capable of shooting back. But seawall had other ideas. He equipped six cargo expanders, disengaged his cloak, and went on autopilot. When the time came for PvP, he wasn't there to shoot back. Luckily, our heroes were prepared to take the lead and initiate the PvP themselves. seawall was promptly destroyed by Agents loyalanon, Sophia Soprano, and 412nv Yaken. 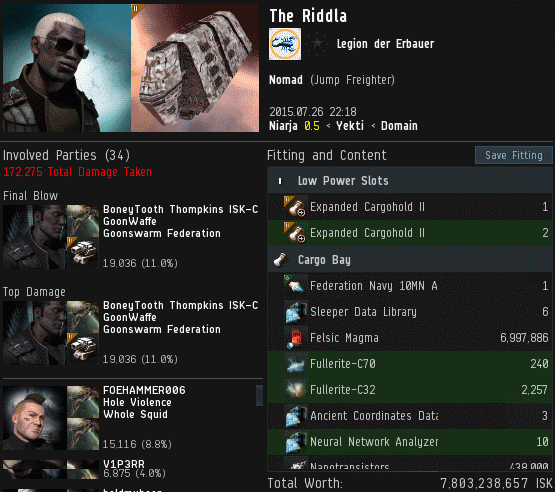 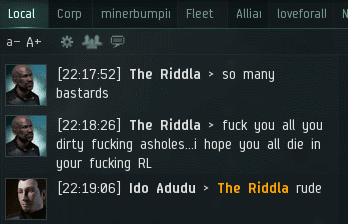 The Riddla was furious over his loss. But if he didn't want to be ganked, he shouldn't have tried to stump the Niarja gankers with his riddle.

Truthfully, The Riddla can't help himself. Just two days earlier, he lost another 7.1 billion isk Nomad, also in Niarja. His ship was riddled with bullets. 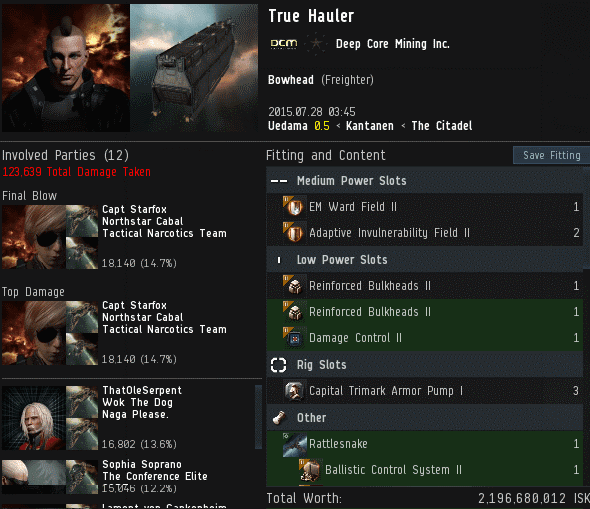 True Hauler was nothing of the sort. A true hauler pilot would have purchased a permit and followed the Code. Granted, he did have some tank on his ship, but not nearly enough to protect him against elite PvP'ers like Agents Capt Starfox, ThatOleSerpent, Sophia Soprano, loyalanon, Lament von Gankenheim, Globby, Sherman Cohenberg, SlutyMcSlut, Sterling Cohenberg, Silvester Cohenberg, Stein Cohenberg, and Stanley Cohenberg. 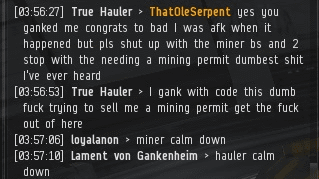 The carebear then claimed to be a ganker who helps CODEdot on their ganks. No true Agent. 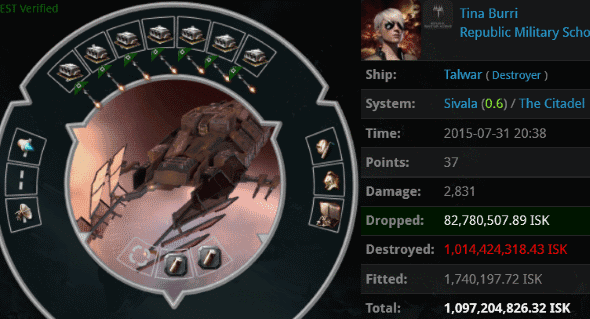 Tina Burri was another pilot who brought a ship that could shoot back. It was a destroyer, the same class of ships that our Agents enjoy so much. Unlike our Agents, Tina decided to fail-fit her combat vessel. Agents Carebears' Nightmare, Brutal Anna, and Rick Therapist had no trouble besting Tina in PvP, even though Tina's ship was worth much more than all of theirs combined.

The destroyer contained a PLEX. Some people take the idea of "isk tanking" too literally, it would seem. 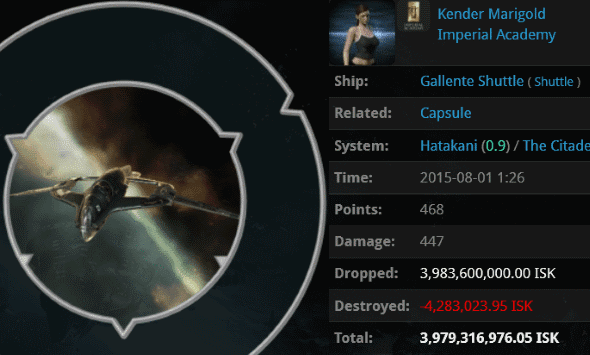 Are you kidding me?

Sadly, Kender Marigold's 4 billion isk shuttle was all too real. Agent PV Rock caught her while she was trying to smuggle 4 PLEX through New Order territory. As PV Rock added the 4 billion isk to his Thrasher fund, another Agent convo'ed Kender to find out what she was thinking.

It was another case of Rip Van Carebear. After taking a long break from EVE, Kender returned to discover, to her amazement, how much better highsec is these days.

Whether it takes minutes or years, the New Order will uncover every carebear crime. Caution: We're getting more efficient all the time. 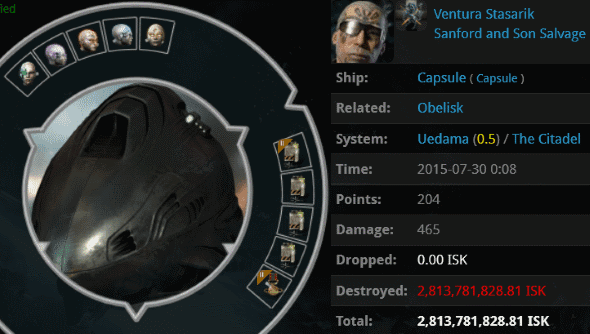 Freighter pilots love to claim that they weren't AFK. They rage against the bump mechanics. Don't be fooled. In many of these cases, the freighter pilot loses his pod, too, which is further evidence of his AFK status. Ventura's case was especially egregious--PV Rock ganked his pod using a Brutix.
Posted by MinerBumping at 20:27