A little econ quiz to start off the week, dear reader. Which makes more sense: Allowing one of the biggest highsec business enterprises to fail, or buying a few mining permits at 10 million isk a piece? The answer may not be as simple as you think. 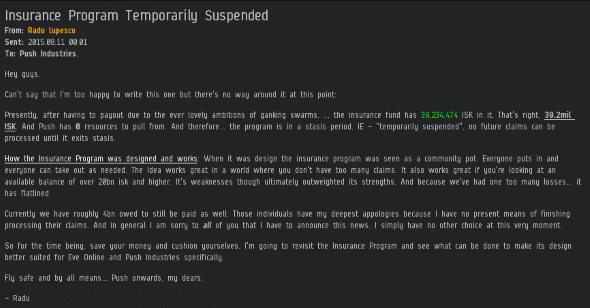 The New Order has eyes and ears everywhere. Internal communications intercepted by our Agents reveal that Push Industries, the second-largest hauling company after Red Frog Freight, has been bankrupted by the freighter ganking fleets. They must have seen this coming for a long time now, but they wouldn't spare any money for permits. Nor have they been distributing copies of the Code to their pilots. No, better to financially disintegrate than acknowledge the supremacy of the New Order.

Some highsec dwellers are in denial, I'd say. Let's examine a few other cases of denial from the week of August 16th 00:00 EVEtime through August 22nd @ 23:59 EVEtime. 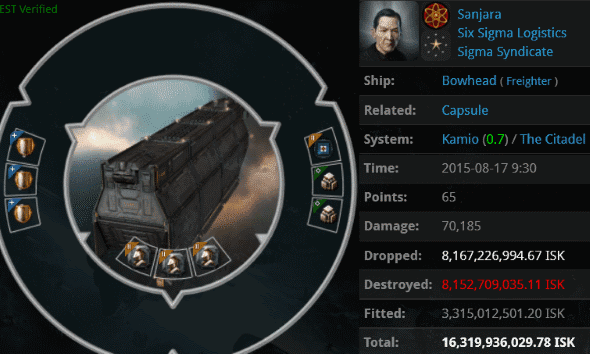 Not every killboard commenter saw the justice, though. You'd think people who browse killboards would be pro-kill! Side note: Amusingly, the Bowhead was ganked in Kamio, the second system ever to be liberated by the New Order. 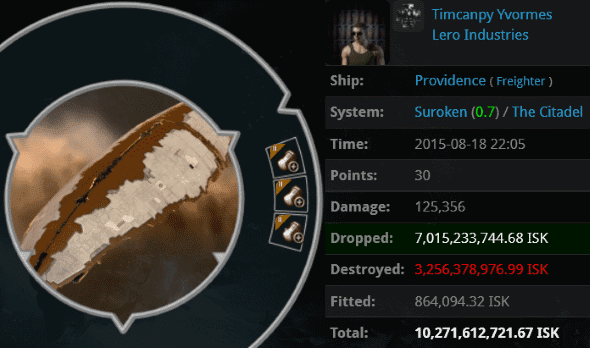 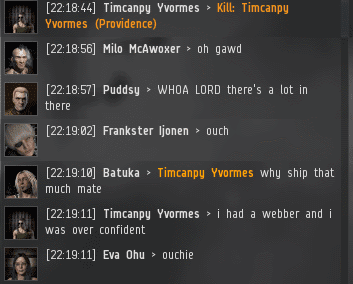 Timcanpy reported his loss in the hauler channel. He admitted that he'd assumed having a web alt would guarantee his safety. I appreciate the fact that he at least put in a little bit of effort by bringing a webber along, but webifier does not equal mining permit. 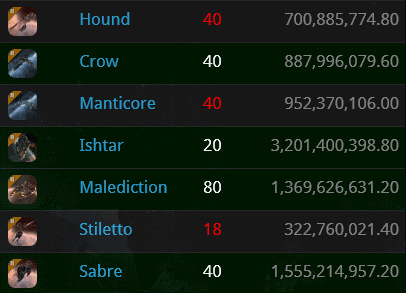 Who says the New Order doesn't shoot ships that can shoot back? Our Agents destroyed hundreds of hostile combat vessels in this one gank alone. And before you rebels and skeptics say, "But they weren't given a fair chance! They weren't piloted!"... 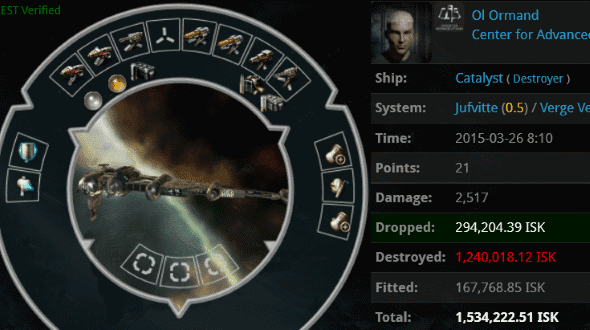 From earlier this year, Ol Ormand shows us what a carebear can do with a combat ship. Before you lose your lunch, reader, rest easy: Agent Snigie Audanie offered Ol Ormand a demonstration in the proper use of a Catalyst. 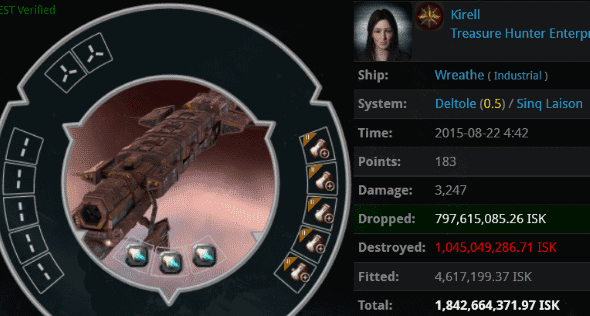 Kirell stuffed 1.8 billion isk of cargo into a flimsy little tech I industrial ship. Feeling she had plenty of tank to spare, the carebear added eight separate anti-tank modules and rigs. By this point, her Wreathe had about as many hitpoints as a wet paper bag. The good news is, she was too smart to autopilot in this ship. Phew! The bad news is, she went AFK on a stargate instead. The 1.8 billion isk octuple-anti-tanked Wreathe silently awaited the inevitable--Agent Eva Mavas. 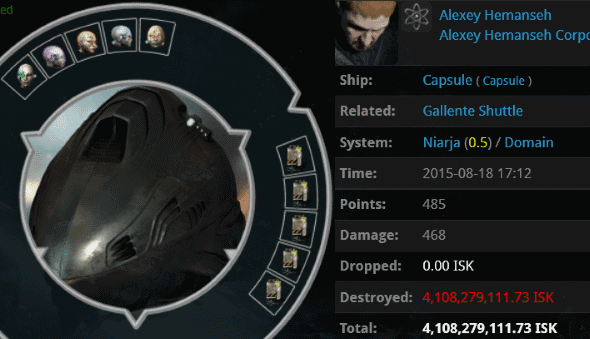 There are a lot of ways to throw away 4 billion isk, but Alexey Hemanseh opted for the classic "autopilot a shuttle through Niarja" strategy. Agent Aaaarrgg was on duty at the time. Alexey's implants weren't of the mining variety. If you examine the killmail, you can see Alexey fancied himself some sort of gunslinger. But we know better. He was a bot-aspirant.

How do our Agents stay in such fine fighting shape? Practice! 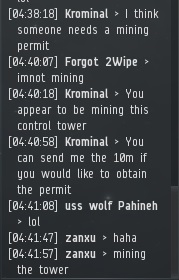 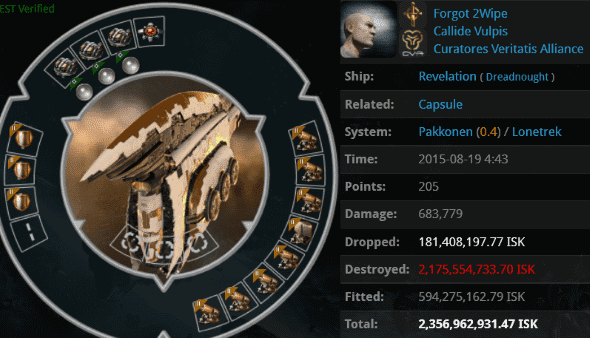 After the live-fire exercise was concluded, the FC, Agent loyalanon accepted a convo invite from the dreadnought pilot's alt. Although this was only a simulation, loyalanon continued to follow his training to the letter.

Highsec won't save itself, you know. It takes hard work and dedication.
Posted by MinerBumping at 21:48