What a week! What a slaughter! In a surprise move, gankers from the New Order and the Imperium teamed up and laid waste to the highsec travel lanes, destroying 83 freighters and 6 jump freighters. You could think of it as a sort of unannounced Burn Jita event. Except it wasn't unannounced, really. Anyone could have foreseen the destruction of those carebears, had they simply read the Code. No permit, no ship. In this post, I can merely offer a sample of a taste of a slice of what happened during the week of August 9th @ 00:00 EVEtime through August 15th @ 23:59 EVEtime. 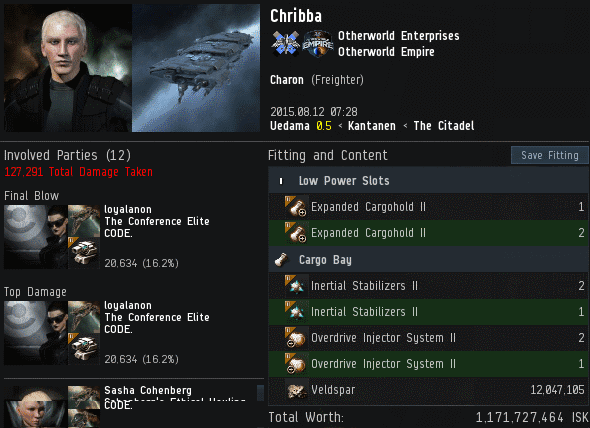 Those of you who joined the game within the last few years may be unfamiliar with Chribba. It's enough to say that Chribba has a net worth well in excess of 10 million isk. He should've invested it more wisely. The New Order doesn't play favorites, so our Agents had no choice but to hold Chribba to the same standard as any other freighter pilot. Congratulations to Agents loyalanon, Sasha Cohenberg, Capt Starfox, unknown boat, Lament von Gankenheim, Bob Painter, BoneyTooth Thompkins ISK-Chip, Fabulous Andy, Insta Podkiller, RAGE QUIT, Braggs Seyllin, and Sophia Soprano for showing such integrity and impartiality on this occasion. 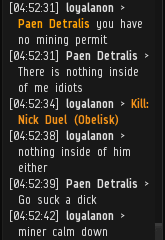 Speaking of impartiality, the standard of "no permit, no ship" applies to empty freighters as well as those packed with goodies, as Paen Detralis learned. However... 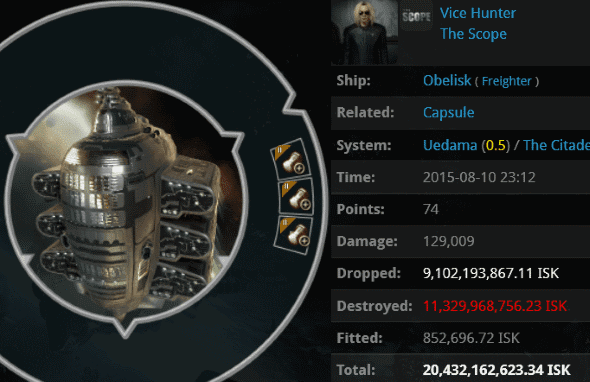 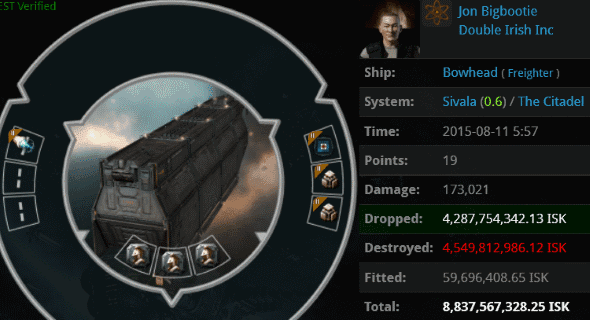 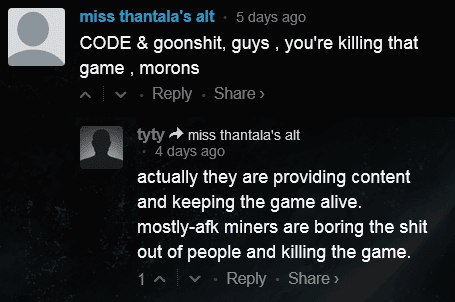 As far as I know, there's no evidence that Jon Bigbootie has quit the game. 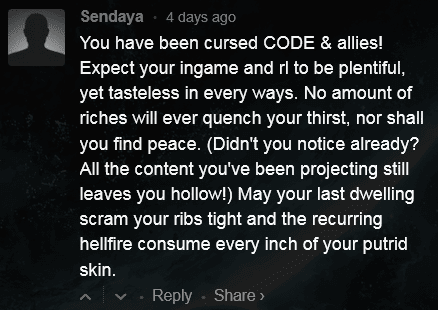 The tears really flowed in highsec this week. More than usual, I mean. 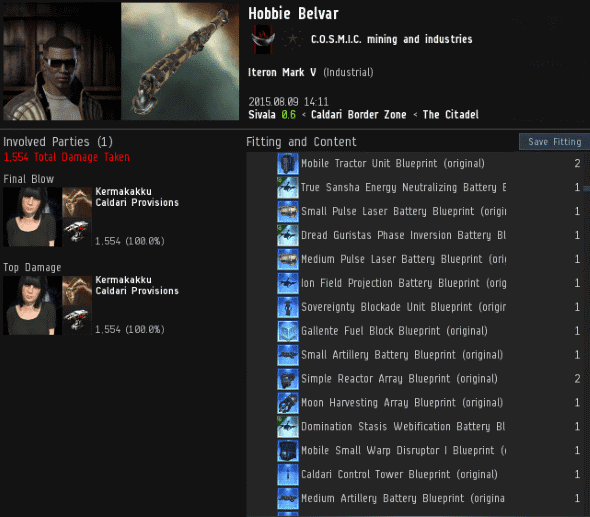 Oops! Hobbie Belvar did the Belvar family name proud when his thoroughly anti-tanked Iteron Mark V breezed its way through a trade route patrolled by the New Order. Agent Kermakakku glanced in the Iteron's general direction and it exploded. The carebear fit a bunch of cargo expanders on his ship because he had a bunch of garbage to move. After he nearly filled it to capacity, Mr. Belvar decided at the last minute to toss in his entire library of blueprints. zKillboard automatically lists them as blueprint copies, but the in-game killmail reveals that the unlicensed hauler was actually packed with blueprint originals. Estimates of the value of this kill range up to 24 billion isk. 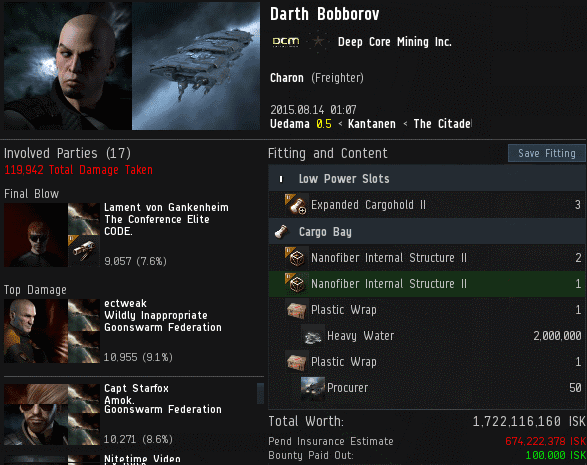 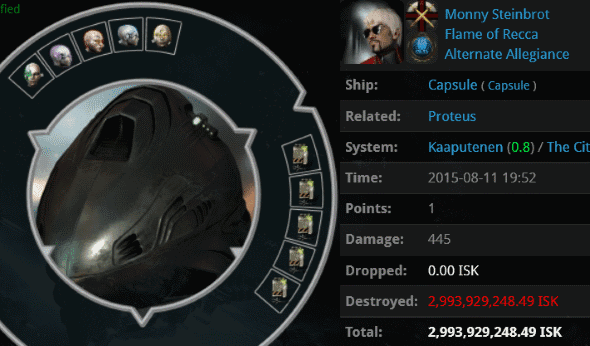 Monny Steinbrot had a pod worth just shy of 3 billion isk. You might suppose he didn't expect to engage in combat, but you'd be wrong. His alliance was at war with the Public-Enemy alliance, which destroyed his Proteus and tackled his pod. One by one, the enemy gang aimed their warp disruptors at his pod, not daring to fire a shot. They wanted as many people on the killmail as possible. 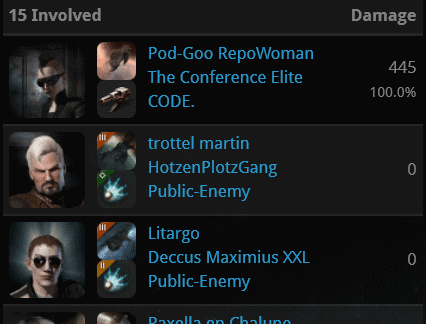 ...and then Agent Pod-Goo RepoWoman swooped in for the kill. CODEdot doesn't need fancy wardecs to do its job. 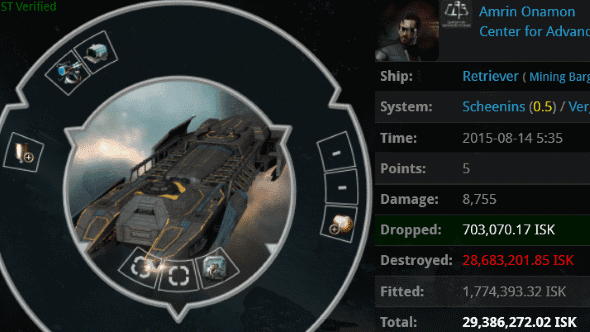 A special bonus, courtesy of Agent Zopiclone. Pictured here, Amrin Onamon competes for the title of Worst Retriever Fit of the Year.
Posted by MinerBumping at 20:32