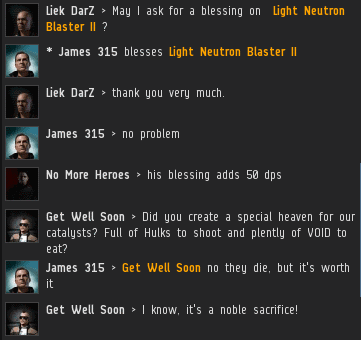 There are so many benefits to joining the New Order family--it's hard to keep track! One way to show your support for highsec civilization is to purchase shares. 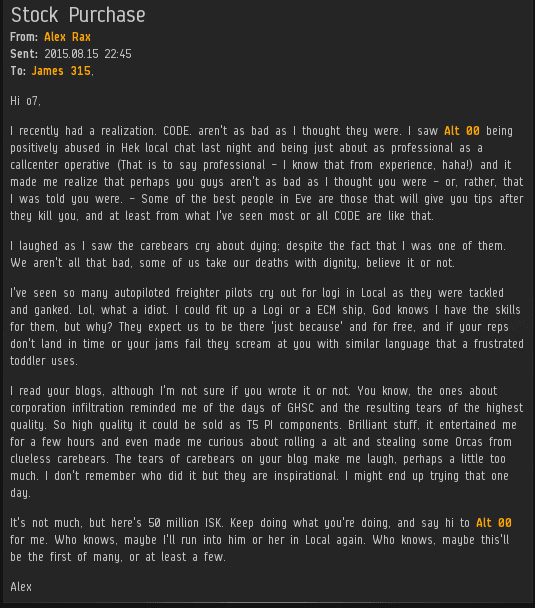 This week in particular, we saw a lot of new shareholders joining up. Let's get to the Supreme Protector's Tips of the Hat™!

Luncapup is new to stock ownership, and he's already playing for keeps. Right out of the gate, a purchase of 5,000 shares. This sent us past the 730, 731, 732, 733, and 734 billion isk marks. Luncapup earns a Quintuple Supreme Protector's Tip of the Hat™, which isn't a bad way to get started in the business world.

em0 was soon to follow with a purchase of 3,000 shares. Nicely played! We moved beyond the 735, 736, and 737 billion isk marks, and em0 collected a Triple Supreme Protector's Tip of the Hat™ to call his very own.

Last but not least, we have the next chapter in the story of Ryscantor, who in a recent edition of the Highsec Miner Grab Bag called himself my "worst possible enemy". But in truth, he's not all bad: 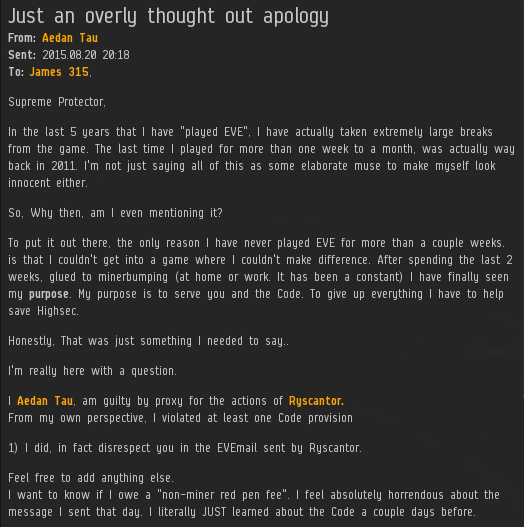 Ryscantor's alt, Aedan Tau, joined the ranks of our shareholders with a purchase of 1,315 shares. Now we've crossed the 738 billion isk mark. Aedan earns a Supreme Protector's Tip of the Hat™, which doubles as my acceptance of his apology.

The New Order Treasury is overflowing with goodwill for highsec!
Posted by MinerBumping at 17:17