When I look at all the carebears being slaughtered across highsec, I feel sorry for them, and I hope they get the help they need. I have good reason for this hope; I know that highsec is being patrolled by upstanding men and women of the New Order! Still, it will take some time before our Agents can help each carebear on an individual level. Until then, I'd like to see CCP step in and offer some assistance by putting a bigger spotlight on our activities, like they did with the Goons' first Burn Jita event. Agent Nitetime Video had a great idea: That single pop-up would solve so many problems. It could be the basis for an entire expansion. CCP could easily get it done within six weeks.

In the meantime, carebears have their warning in the Code itself. Let's see what was cooking in highsec during the week of August 23rd @ 00:00 EVEtime through August 29th @ 23:59 EVEtime. 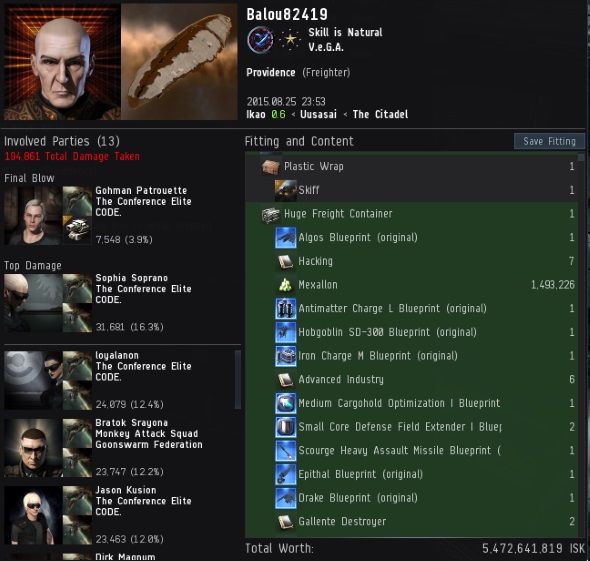 zKillboard doesn't value blueprints as originals, so estimates of the true value of this gank vary. A lot of items dropped. Sadly, the Anti-Gankers destroyed the cargo before it could be recovered. 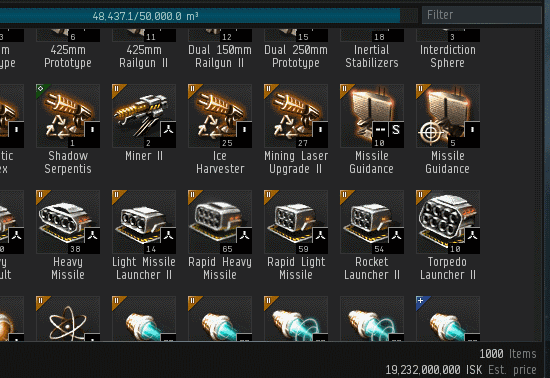 ...Or not! That's right, Anti-Ganking failed again. Over 19 billion isk in items were saved and put to proper use. 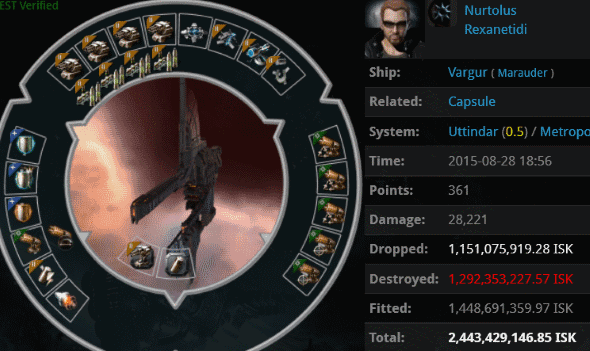 KILLMAIL
Nurtolus lost a 2.4 billion isk marauder and a 1.6 billion isk pod. Our Agents love to shoot ships that can shoot back, and the Vargur seemed sufficiently armed. Agents Brutal Anna, Marina Gankalot, Rick Therapist, and Carebears' Nightmare wanted to play with Nurtolus, but he was sadly AFK. Oh well. The Code was enforced and our heroes moved on. 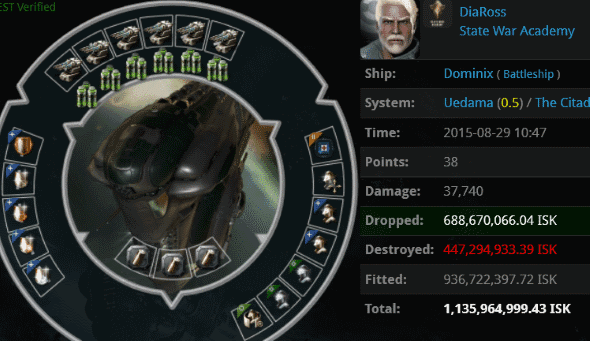 KILLMAIL
DiaRoss is another gun-toting AFK'er. He's actually quite infamous in ganking circles. DiaRoss, along with his alt, DiaRosCris, never fail to lose expensive equipment. 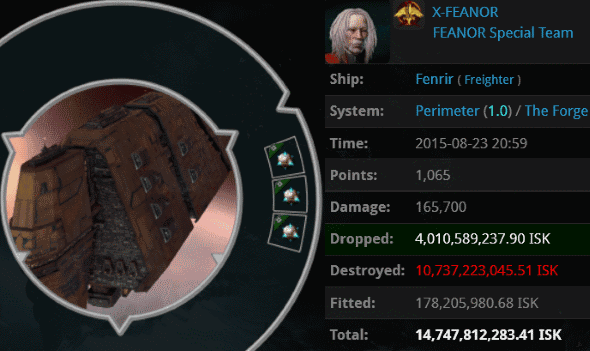 KILLMAIL
Speaking of notorious carebears, X-FEANOR got caught with yet another expensive freighter. This one was a doozy, worth over 14.7 billion isk. As X-FEANOR's corp name hints, he is a very special carebear. Consider X-FEANOR's personal killboard stats:

Past a certain point, statistics can't get the idea across. They're difficult to comprehend. But X-FEANOR, in just over a year, managed to lose almost 90 billion isk. And it only took him 22 lost ships (including pods) to rack it up, for a whopping 4 billion isk average per vessel.

But enough about X-FEANOR. You want to see the list of Agents responsible for taking down his freighter in Perimeter, a 1.0 security system. Credit goes to Agents Globby... and... 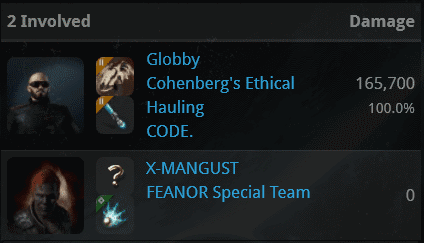 No, just Globby. The only other person on the killmail is X-FEANOR's webbing alt, who didn't perform very well. Globby, on the other hand, did a super job on this hyperdunk. 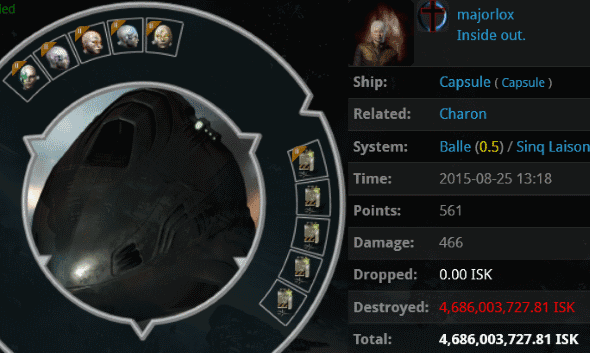 KILLMAIL
majorlox's pod was worth 4.6 billion isk before Agent holdmybeer started to work on it with a Thrasher. High-grade crystals and a bunch of x06 hardwirings were to blame. But it gets worse. majorlox wasn't autopiloting in a shuttle or anything. No, he was flying a speed-fit freighter worth 5.6 billion isk, for a total loss of more than 10 billion. Some credit must go to the gankers who eliminated the freighter, too...

...So, holdmybeer. I guess solo PvP really is coming back. Our Agent's Catalyst managed to squeeze out 205,000 in damage before CONCORD came calling. But wait, wasn't the pod killed by a Thrasher, not a Catalyst? Yup. holdmybeer re-shipped on site with the assistance of a friend. The pod sat there, floating in space, for ten minutes after the freighter popped. Our Agent sent it home.
Posted by MinerBumping at 20:14