The Sweet Fruits of an Awox

We all know that it's a good thing when highsec PvE corps get wardecced and awoxed. Carebear corps are bad for players, especially new players who don't know what else the game has to offer. EVE benefits when the carebear corps are dismantled, because it allows the members to be redistributed among groups that know how to play the game and have fun. With that in mind, let's revisit the story of an awoxed corp and find out what happened to its membership.

In a three-part series on MinerBumping, we learned about Wendy Valentino, the alt of an Anti-Ganker. She was curious to see if carebears truly behaved as the New Order claims they do. As you'll recall, Wendy infiltrated Essence Distribution and Mining and brought about its demise. Here are the links, if you'd like to take a trip down memory lane: 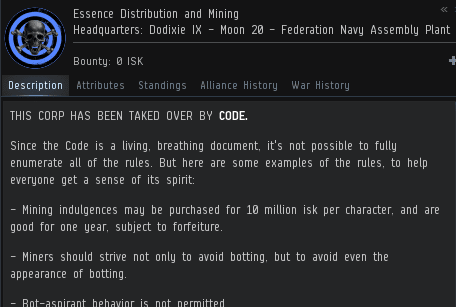 The corp takeover occurred after its CEO, Yoshiyo Solette, reacted to a wardec by absconding with the corp Orca and left all the newbies to fend for themselves. In case you didn't read the story again, this might serve to refresh your memory:

Now to find out what took place after the carebear corp was brought into Code compliance. 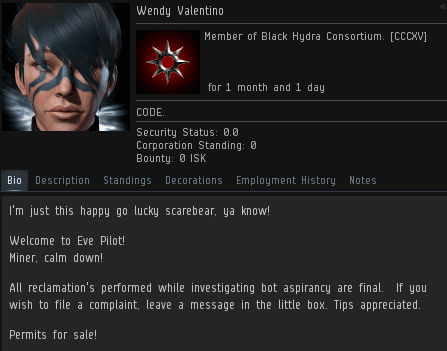 Wendy, of course, learned that the New Order was right all along. She joined CODE. 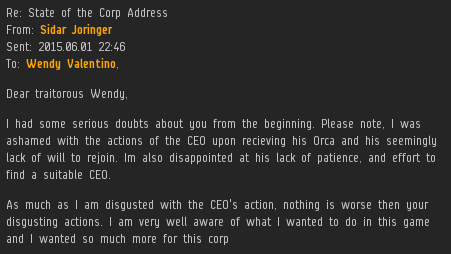 Before making her allegiance to the New Order official, Wendy's actions were viewed by the carebears as quite provocative.

Sidar Joringer wrote a lengthy EVEmail to Wendy. He chastised her for enforcing the Code. For some reason, he had thought Essence Distribution and Mining had a chance for bright future under Yoshiyo's leadership.

In fact, this is typical of the carebear apologists. They think EVE benefits from protecting--to the point of invulnerability--the corps who offer the worst possible gaming experience.

Or maybe Sidar had a financial motive for his angst. With carebears, it always comes down to isk. 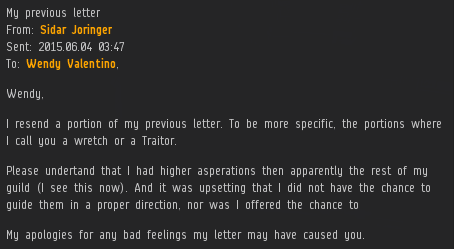 But a few days later, he wrote Wendy back. Sidar had a change of heart.

Indeed, a dramatic change of heart. 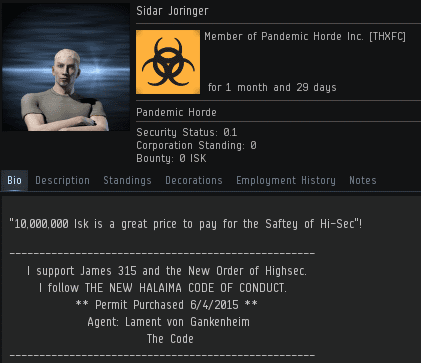 After thinking things over, Sidar had come to the realization that Wendy and the New Order were right to destroy the corp. He then joined Pandemic Horde, an alliance dedicated to teaching new players how to PvP.

RT Roflin, another member of Essence Distribution and Mining, also wrote Wendy. The awox was the best thing that had ever happened to him, and he knew it. 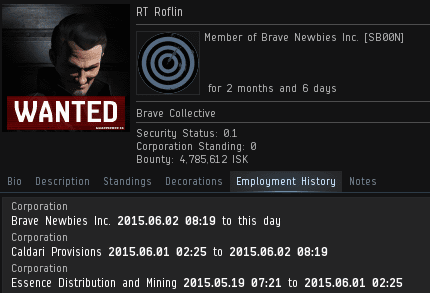 A day after leaving the carebear corp, RT had the courage and motivation to pursue what he really wanted to do in EVE.

...And as for Yoshiyo Solette, the CEO who abandoned the corp in response to the awox/wardec? 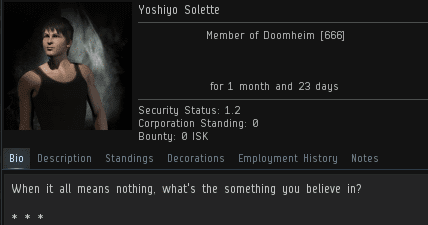 He biomassed his character and apparently quit EVE.

And so I ask you, dear reader, fair, reasonable reader...

Is awoxing highsec PvE corps good for the game?
Posted by MinerBumping at 17:55