A Test of Fortitude, Part 1 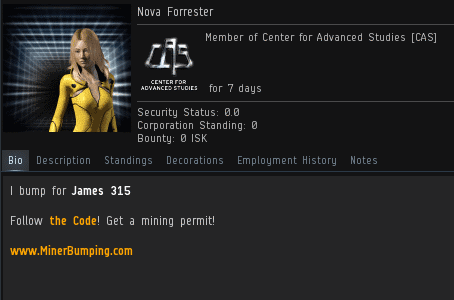 Meet Agent Nova Forrester. She's a Stabber pilot on a journey. And hers is a true hero's journey. 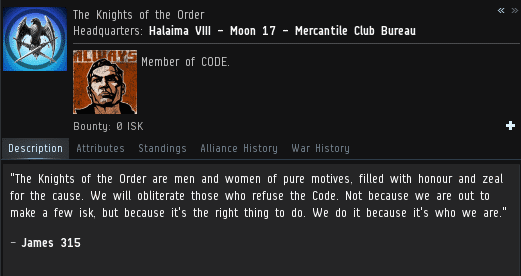 Nova's alt belongs to The Knights of the Order, a member of the mighty CODE. alliance. In order to achieve full rank, members of this corporation must perform certain tasks. One of them is based on a provision of the Code:


Test of Fortitude. Walk a mile in the Supreme Protector's shoes by becoming a miner-bumper. You must continue to bump miners for an indefinite period of time.

The Test of Fortitude is not often invoked, but it's in the Code, so obviously it's still important. The Knights of the Order corp challenges its members to spend three consecutive hours bumping miners and report back on what they've learned. 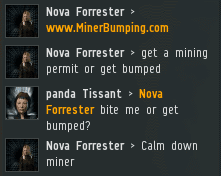 Nova made a pilgrimage to the historic Kamio system. Since its ice anomaly had not respawned, she checked the system's asteroid belts. There she found miners who needed bumping. 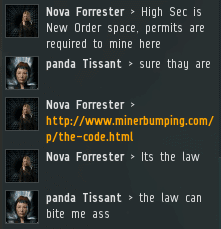 As is usually the case, miners who got bumped started to run away and dock up: Where bumpers go, gankers are likely to follow. But that didn't stop the miners from running their mouths in local chat. 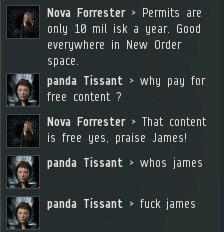 Nova intuited a sense of disquiet in panda Tissant. When Nova name-dropped the Saviour of Highsec, the truth came to the surface.

panda was a troubled miner. Agent Nova supplied panda with some basic information about EVE as she looked for miners in the other asteroid belts. 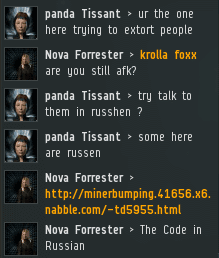 Not all miners docked up after being bumped. Some floated in space, far from the asteroids. They were AFK. 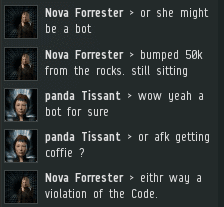 The AFK miners and bots were dead to the world. They disgraced themselves and highsec, but at least they no longer gathered ore. 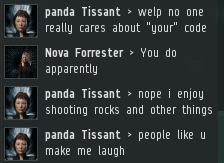 panda vented her frustration at being unable to mine in Kamio. Just when it seemed that panda was the only miner at her keyboard, Nova received a convo request: 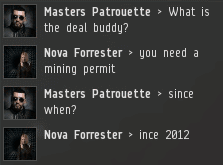 Masters Patrouette feigned ignorance--or perhaps he was completely oblivious to the world around him. Regardless, he could claim ignorance no more. 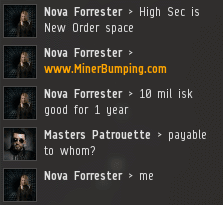 How do you handle a miner like Masters Patrouette? You tell him the truth. Then it's up to him to do the right thing. 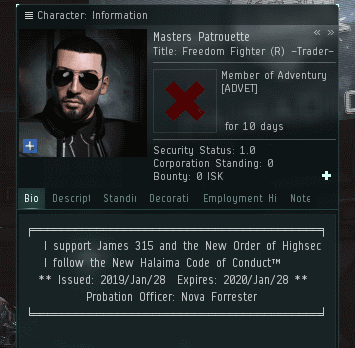 It was as simple as that. Nova's fortitude was already paying off.