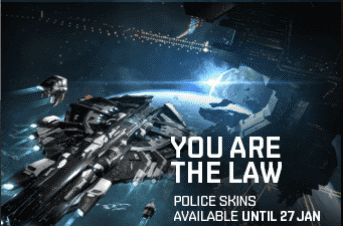 Let's look at some criminals who were brought to justice during the week of January 20th @ 00:00 EVEtime through January 26th @ 23:59 EVEtime. (By the way, you don't need to buy Police skins to enforce the law in highsec. All you need is the Code.) 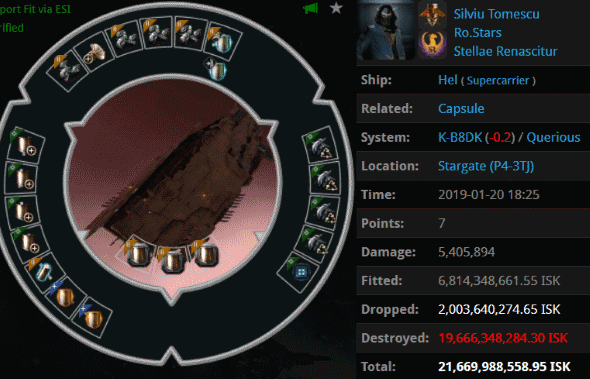 KILLMAIL
Silviu Tomescu was piloting a 21.6 billion isk supercarrier--you know, a typical ship that can't shoot back. Somehow he managed to be brought down by a fleet from the mighty CODE. alliance: Agents Soldier Forrester, Mizhir, WaTeR Ubersnol, CtrlFreak, cuffdawg, Jeronyx, Tikktokk Tokkzikk, Miyamoto Uroki, Intigo, l0rd carlos, Pete Tomaszewski, Mitur Penshar, Scotty Smartypants, Beandog, and Eld K'Fixit. The rebels and skeptics are still scratching their heads over this one. 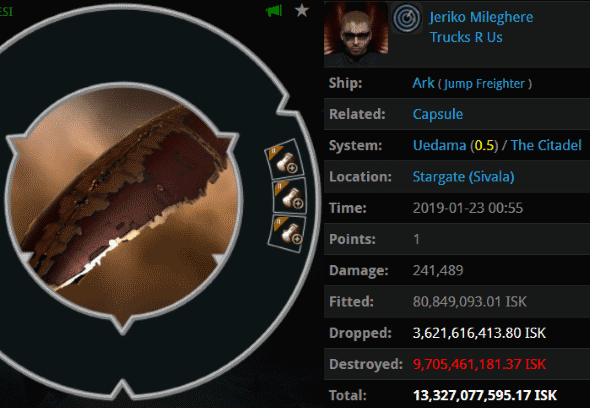 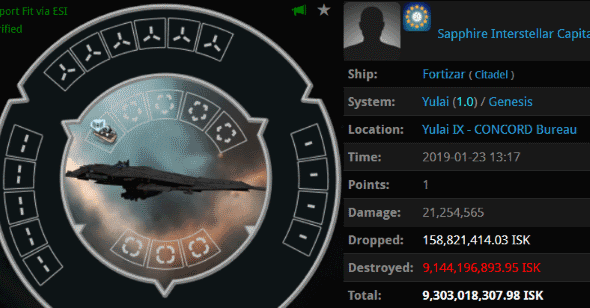 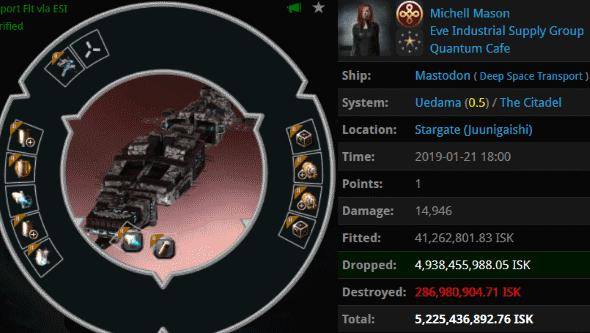 KILLMAIL
Michell Mason was anxious about bringing her cargo through the Uedama system. To avoid the fate of her fellow Code offenders--who lose freighters all the time--she chose to autopilot a smaller hauler. It didn't matter, though, because she lacked a permit. Agents Alarik Maleus, Zont Shooter, Nam Plau, kali laska, Pazzesqo, May Mather, JIuc Dark, and Votre Dieu cracked open the Mastodon and saw this: 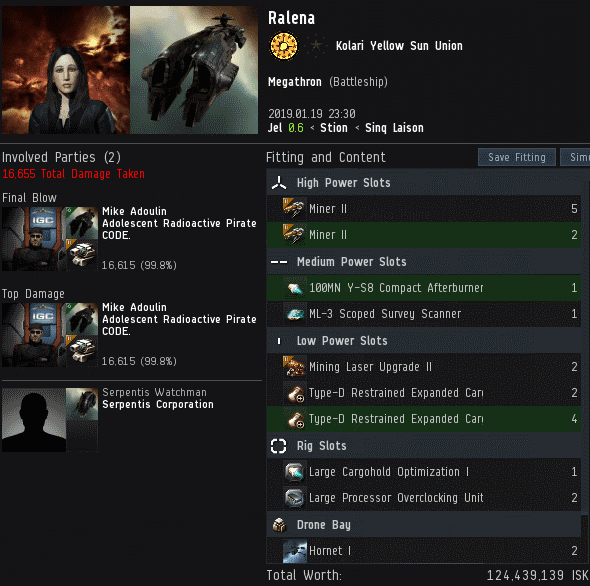 Ralena decided to use a mining battleship--and that wasn't even the dumbest thing she did that day. After Agent Mike Adoulin removed her MTU, she attacked his battleship with some drones. Unlike Ralena's battleship, Mike's was equipped with blasters instead of mining lasers. 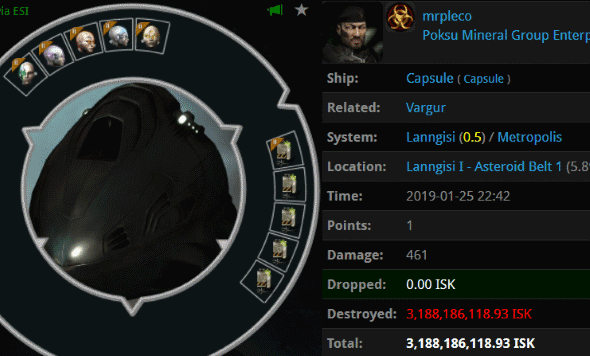 KILLMAIL
For some reason, mrpleco brought a 2.1 billion isk Vargur into an asteroid belt. Noble warriors from Honeybright corporation ganked the Vargur, allowing Agent Eostella to sink her teeth into an even juicier kill. 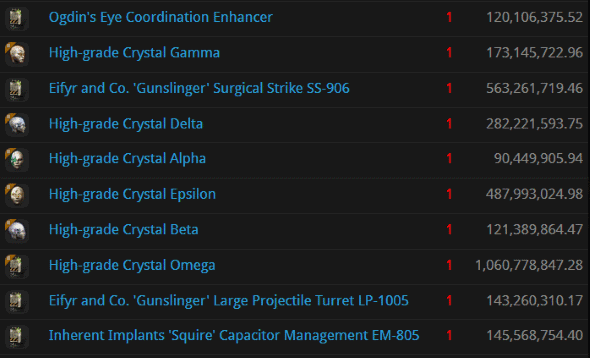 Three billion isk may seem like a lot of money to waste on implants, but let's be honest--mrpleco's entire EVE career has been a waste.
Posted by MinerBumping at 20:03