Where Do They Go?

We've all watched miners getting themselves ganked for violating the Code. They often make grandiose threats about getting revenge. Sometimes they remain in highsec, only to foolishly lose their ships again. Other times, they seem to disappear from existence. What happens to those miners? Where do they go?

Eichi Fox was given the chance to prove himself in PvP. He didn't perform well--despite plenty of opportunities to practice the craft: 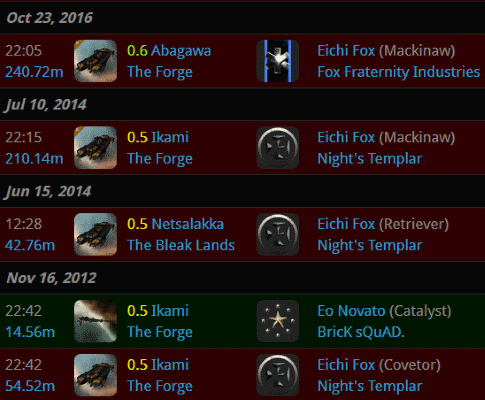 Since joining EVE in 2008, Eichi did nothing but mine in highsec. He was ganked a few times; in 2012, his drones managed to get on the CONCORD mail of the Catalyst who killed him.

When Agent Australian Excellence encountered the miner, Eichi was no better at the game than he'd been 8 years earlier. What a waste.

Our Agent introduced Eichi to the Code. Though Eichi had been ganked before, this was something completely new.

Fellow rebel Joseph Ongrard didn't do the miner any favors. He stuck his nose where it didn't belong--only to accidentally admit that the New Order controls highsec.

Rebels and skeptics say that there's nothing special about the Code. They would argue, "Eichi Fox was bullied into losing his mining ships on multiple occasions. So what if Australian Excellence did it in the name of the Code? What's the difference?" How misguided they are.

To be sure, Eichi behaved like a miner who was incapable of learning. There were no outward signs that he had absorbed any of the Code's wisdom.

Our Agent didn't give up, though. He spoke truth. That's what Agents do after they kill people.

Eichi concluded the conversation by making a bunch of silly threats and vaguely hinting at having powerful friends in nullsec. But then something interesting happened. 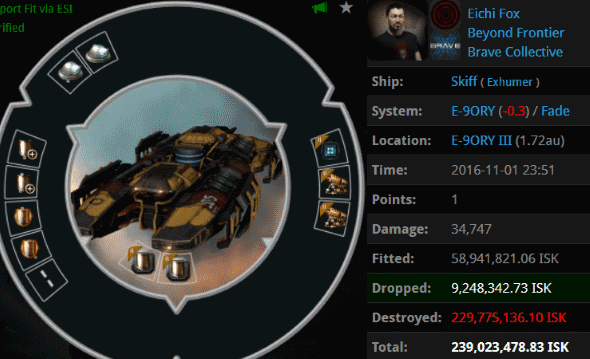 After 8 years of highsec mining, Eichi Fox decided to go to nullsec. Several days after his encounter with Agent Australian, Eichi closed his one-man corp and joined Brave Collective. For the first time, he tried mining in a Skiff instead of a Mackinaw or Retriever. The next day, he lost his ship. I mean, he wasn't suddenly good at the game or anything. Yet he'd grown more in the week since he met a Code enforcer than he had in nearly a decade of doing anything else. 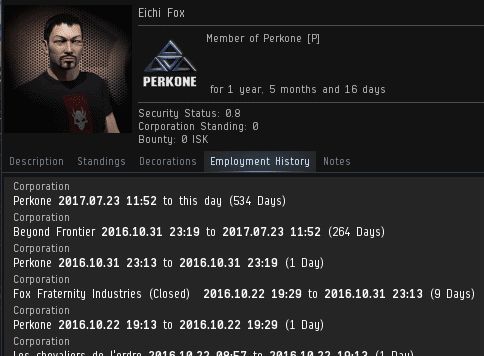 After the Skiff loss, Eichi dropped off the radar. He was booted from the Brave Collective corp for inactivity several months later. It seems that Eichi unsubscribed from the game; nullsec was unable to retain his interest--and he could never see highsec the same way again.

What lessons can we draw from the story of Eichi? Many. One must wonder, what if Eichi had been given the Code sooner? Maybe he'd be running supercapital fleets in nullsec today. He'd undoubtedly be better off. The solution: EVE needs more Code.