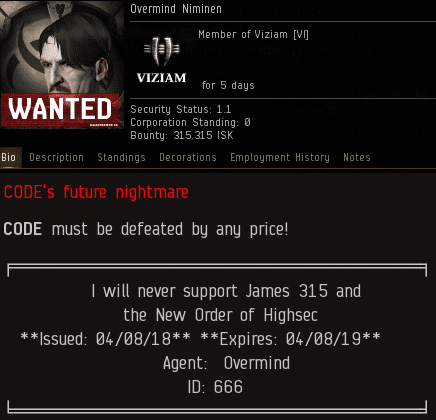 A few months ago, we learned about Overmind Niminen. He swore to do whatever it took to destroy CODE. forever... 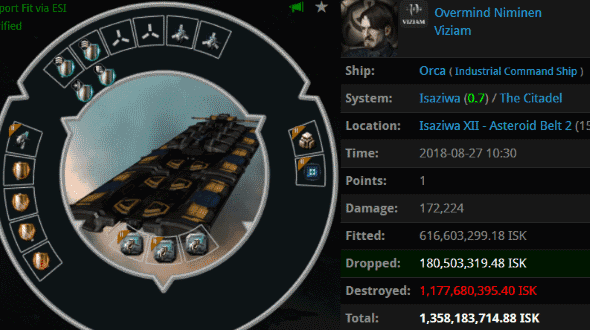 ...But he failed in his mission. Even so, Overmind vowed to fight on, no matter the cost.

Eventually, CODE.'s nemesis had an epiphany: Formidable as he was, Overmind could not hope to defeat the New Order on his own. He needed to build an army.

Initially, High Sec Miner Resistance corp consisted only of Overmind himself. Spoiler alert: No one else ever joined. Nevertheless, Overmind posed as great a threat to the Code as any of his predecessors. 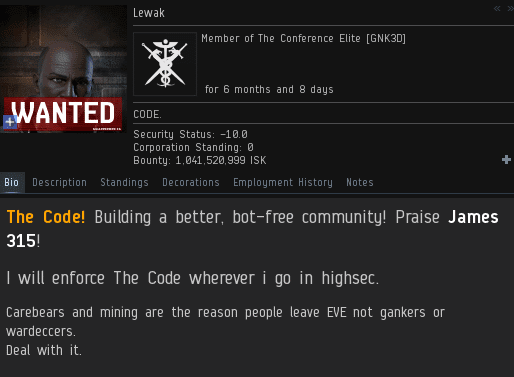 Agent Lewak learned that Overmind had specifically named him as one of two Agents to be targeted by the anti-Code resistance. Lewak swung into action.

Overmind had been disseminating anti-Code propaganda in the public channel for CODE. corp New Order Logistics. Lewak wielded the powerful resources at his disposal to silence his chief critic. 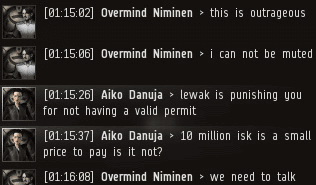 Lewak's censorship campaign proved all too effective. Overmind was discouraged. For assistance, he reached out to Aiko Danuja--who happened to be the other Agent he had designated as a primary target. 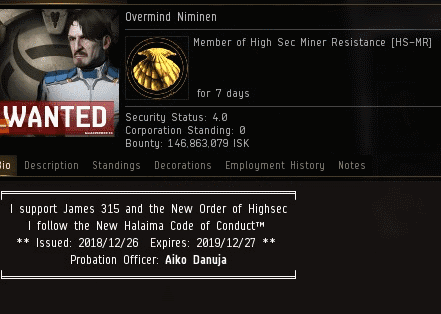 Aiko was able to negotiate the sale of a mining permit for 10 million isk. Curiously, many rebels find that they prefer the company of Agents. On the other hand, I suppose it makes sense: Code enforcers are all cool people, and Anti-Gankers are insufferable.

If Overmind was going to be hanging out with Agents, though, he would need to find a way to fit in. Given his history, the transition might prove difficult. 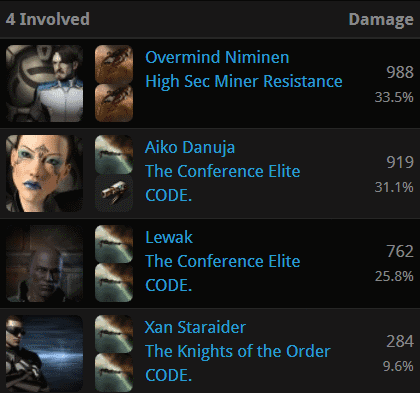 Before long, highsec miners saw the "High Sec Miner Resistance" dealing top damage on their lossmails. For them, it was an unpleasant and confusing surprise; for the Code, it was yet another victory.

Even so, rebels who turn to the Code do not have a perfect track record. Would Overmind suddenly turn back to the anti-Code resistance?