Don't Paint Yourself into a Corner

Carebears, anyone in the New Order will tell you that it's vitally important to buy a mining permit and obey the Code. But the rebels and skeptics out there claim the opposite. Anti-Gankers swear up and down that you're better off if you disobey the Code.

So how do we know who's telling the truth? Let's look at a case study--the life of someone who chose the path of the anti-Code rebel. 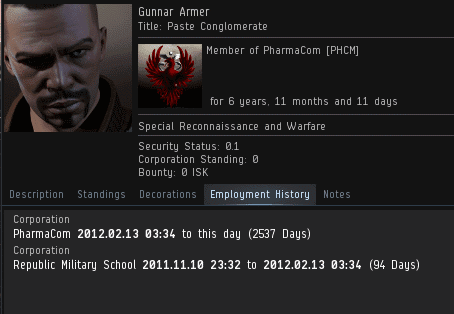 Gunnar Armer signed up for EVE a long time ago, but he's never enjoyed it. He's a miner and a hauler. He started "playing" in 2011. The Anti-Gankers would call him a new player.

Gunnar chose to rebel against the Code. He never bought a permit. Instead, he autopiloted his Orca into the Niarja system, where it was bump-tackled by a member of Cohenberg's Ethical Hauling.

When Gunnar returned to his keyboard, he found himself in a terrible situation. This never would have happened if he had complied with the Code. Alas, his disobedience cost him a billion isk. So much more expensive than a mining permit.

Immediately after paying the ransom, Gunnar found himself in the clutches of Bob Painter. Out of the frying pan and into the paint. 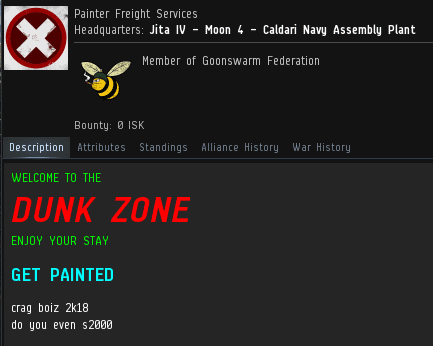 Now it was up to Bob Painter and his friends from Painter Freight Services to decide Gunnar's fate. And they hadn't been paid.

The miner who chooses to buy a permit and obey the Code is a miner who has taken control of his own destiny. The alternative isn't so pleasant.

Gunnar thought that by avoiding his responsibilities under the Code, he could save himself some money. Anti-Code resistance, however, is far more costly. Always.

When Gunnar's second ransom payment failed to secure his freedom, things came into focus. Gunnar was a Goofus. And he no longer felt like hiding it.

Gunnar revealed his true self. Now it made perfect sense why he hadn't obeyed the Code. His was a life of bad decisions. 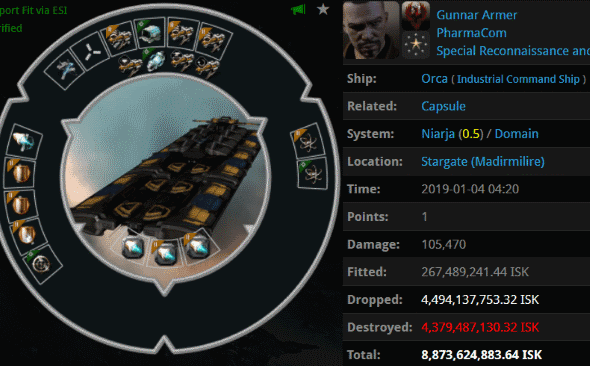 The vile bot-aspirant spat venom at those who had defeated him. Non-compliance gave birth to death.

The miner vowed to commit terrible acts of revenge all year long. Ironically, for a miner, living well is the best revenge. And the only way to live well in highsec is to obey the Code.

So there you have it--the fate of a miner who chose to resist the Code. Who wants to be like Gunnar the Goofus?
Posted by MinerBumping at 18:05