Before I Forget, Part 2

Previously, on MinerBumping... Kondonkle III BompdinkinII wasn't feeling the holiday spirit when he lost some small ships to Agent Slutzilla. Despite Slutzilla's valiant efforts to teach him the game, the miner threatened to quit EVE. 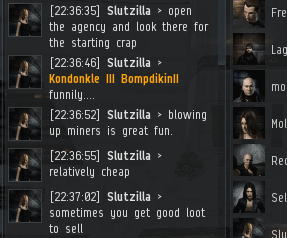 Kondonkle had told Slutzilla that he was no longer interested in mining cheap ore in 1.0 security systems. Luckily, our Agent had an alternative. 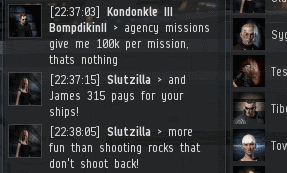 Joining the New Order and ganking miners is a far better way to spend one's days in EVE. If you grind isk instead, you'll pile up a bunch of assets that our Agents will have to take away from you anyway. 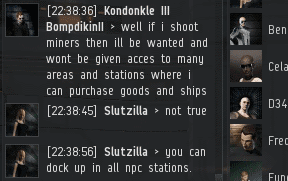 After five months in EVE, Kondonkle was still badly misinformed about the mechanics of ganking. Someone had been feeding him misinformation. 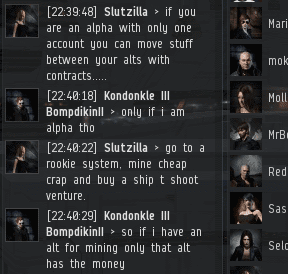 Agent Slutzilla rolled up her sleeves and went to work correcting the miner's misconceptions. 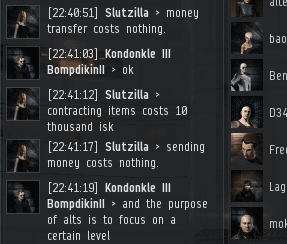 Nevertheless, a question remained: If Kondonkle got all the facts, would he change his ways? Or would he remain a Goofus regardless? 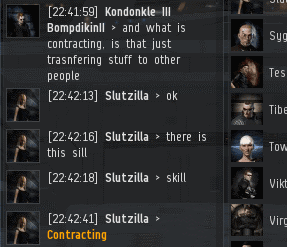 The Anti-Gankers and their ilk claim to care about newbies. In reality, they do their best to keep new players in ignorance. The advocates of carebearism want the miners to be weak and helpless--or else the miners will start ganking each other. 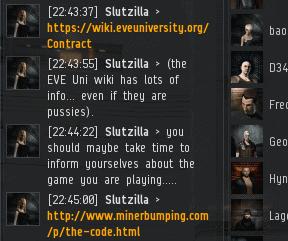 Slutzilla told the miner that it was time to put away his childish ignorance. She gave him the Code.

In response, Kondonkle offered up a bitterly disappointing reply. He didn't want to change. He was too lazy. 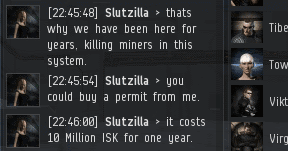 No matter how disgusting or worthless a miner may appear, they are all given the opportunity to buy permits and embrace the Code. 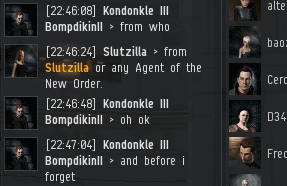 Now was the moment of truth... 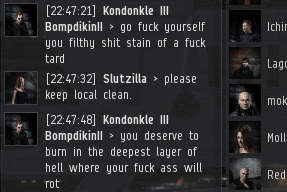 ...And the truth was that Kondonkle was, and would remain, a Goofus. 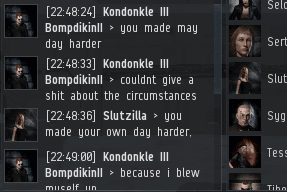 The miner had seemed to be absorbing at least some of the things Slutzilla taught him about EVE's mechanics. Beneath the surface, however, his bottled-up rage was only barely contained. He erupted.

The miner's fury was terrible. But, as with all miners, his anger hurt only himself. 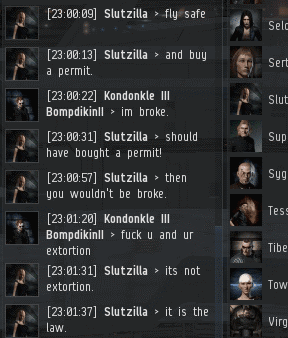 Miners, get licensed or get rekt. Do you really want to be the next Kondonkle III BompdinkinII?
Posted by MinerBumping at 18:06