"MinerBumping is so biased," cries the rebellious carebear. "You only show the miners who have huge meltdowns when they get ganked."

MinerBumping posts feature a representative sample of highsec. Some gank recipients do congratulate their ganker--as the Code requires. 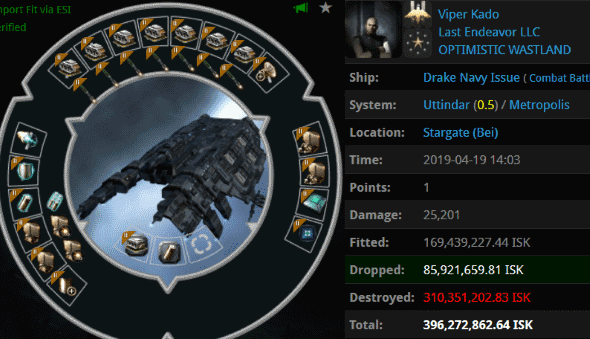 Viper Kado attempted to enjoy the fruits of highsec without our Agents' permission. As a consequence, he lost his Navy Drake. Though not happy about the loss, he could only respect the skill of the gankers. 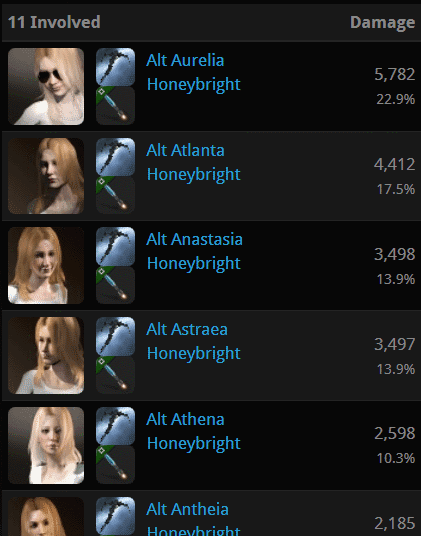 In this case, justice came in the form of a fleet of Caracals from Honeybright corporation. 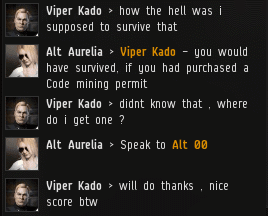 Agent Alt Aurelia spoke for the fleet. Viper did himself proud by not getting triggered when our Agent mentioned the Code. It sounds like a small thing, but so many carebears fail this crucial test. 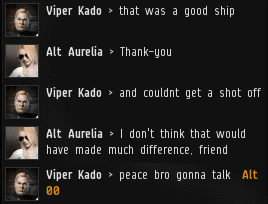 Our heroes (heroines?) left Uttindar to patrol some nearby systems. When they returned, they found that Viper was still there: 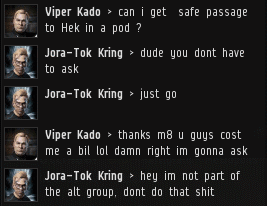 Local carebear Jora-Tok Kring responded peevishly to Viper's compliant attitude. Judging by the screencap alone, you'd almost think Jora was the one who had lost his ship. 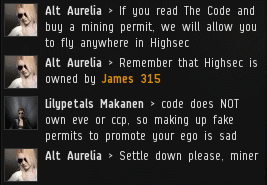 Indeed, often it's the bystanders to a gank who get the angriest. Another miner, Lilypetals Makanen, made an unwelcome contribution to the discussion. 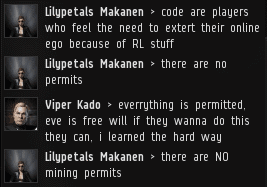 Lilypetals spoke with the delusional passion of a denialist. Even Viper was taken aback. 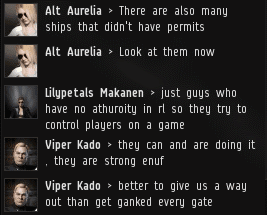 Highsec minerdom can be divided into two camps: Those who accept reality and adapt to it--and those who blind themselves to the truth of the Code. 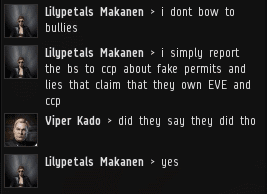 ...And Lilypetals was blind as a bat. 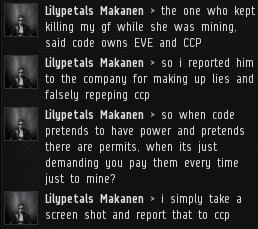 Lilypetals could not be calmed, not even by her fellow carebear. It appeared as though this miner was in the process of having a huge meltdown.