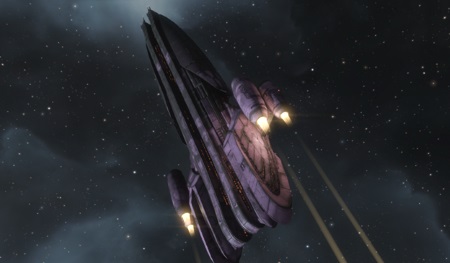 Agent TheInternet's bumping Machariel became an increasingly frequent presence. Some members of The Trade Syndecate couldn't help but feel that he was targeting them. And he was becoming a problem.

The Trade Syndecate's CEO, Bladez Runner, had a frank discussion about the matter with Wear ista Beefman. Bladez was open and honest with the recruit.

In a private conversation, Bladez confided that so far, the corp's members had been utterly incapable of fighting back. Wear was eager to help them put a stop to TheInternet's depredations.

The ambitious new member of The Trade Syndecate was full of ideas. Bladez assured him that something was in the works. They'd find a way to defeat TheInternet...

As time went by, however, none of The Trade Syndecate's attack plans materialized. TheInternet was free to enforce the Code as he saw fit. The miners had no choice but to comply. In local chat, they were even forced to maintain a public face of submission. But things were different in The Trade Syndecate's private channels.

Secretly, The Trade Syndecate was preparing to move to another system. Maybe TheInternet would lose track of them. 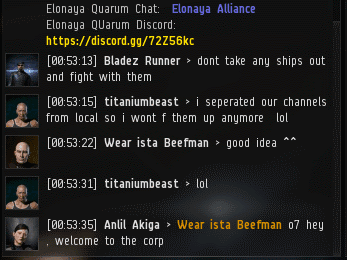 The other element of Bladez's new scheme was a "content denial" strategy. No one in The Trade Syndecate was permitted to speak with the Agents of the New Order. If deprived of tears and salt, perhaps TheInternet would get bored and go bump some other sorry group of miners. 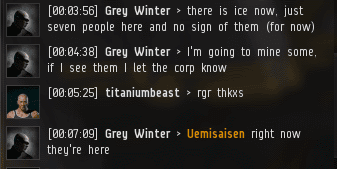 As the corp put its plan into motion, members of The Trade Syndecate tried to evade the Agents and get in some quick mining sessions here and there. But TheInternet's infernal bumping Machariel seemed to follow them everywhere they went. He had an uncanny knack for tracking them down.

Is it possible that The Trade Syndecate had a traitor in their midst? Was a spy feeding intel to the New Order?

There were no signs of suspicious activity in the ranks thus far--and certainly no evidence of treachery. The miners could only hope that they would be able to prevail against TheInternet and his friends. Time would tell.